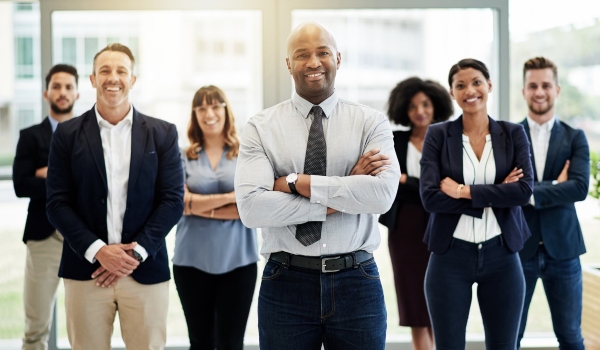 —
By Fajri Siregar, Centre for Innovation Policy and Governance

Indonesia’s central government seems to understand, at least in principle, that communication between government and citizens should go both ways. But our research shows the government isn’t always responding to complaints from it’s citizens, so the communication is sometimes only one way.

In 2011 the government set up a nation-wide complaint system called LAPOR! as part of the Open Government Indonesia project. The system allows citizens to send reports through a website, via text messages and a mobile app.

It’s aimed at pushing government openness and transparency, to enhance participation from citizens in politics. LAPOR! is useful for public officials to enhance their responses to problems. Meanwhile citizens can also use it to hold their officials accountable.

However if this system is to truly work and create trust, the government needs to learn from these initial failings. It could take some hints from local government leaders on this.

In 2012, the central government started to trial LAPOR! in three areas, including in Indragiri Hulu, a regency in Riau. Some other areas also implemented LAPOR! through their own initiatives. Bojonegoro, East Java is one of them.

Our research assessed whether LAPOR! was working at the local level in both Indragiri Hulu and Bojonegoro. We found its implementation left a lot to be desired.

Not many people in Indragiri Hulu actually knew the system existed. Only 26% of of people we surveyed there in 2016 were aware of it.

It also seemed the Indragiri Hulu administration was reluctant to accommodate citizens’ complaints. For example, within 2015 Indragiri Hulu received 250 complaints but in average only 64,7% were responded to.

Despite the existence of LAPOR! the citizens of Indragiri Hulu had very limited interactions with the local government. Some citizens were even unaware of their basic rights as citizens. For example many didn’t have identification cards and so were excluded from services such as national health insurance.

Meanwhile, in Bojonegoro citizens and the government are actively communicating with each other. The regent, Suyoto, not only introduced LAPOR! but also other programs that allow citizens to directly engage with him.

Every week, Sutoyo opens his house for “Dialog Jumat” or Friday Dialogue. Here, citizens can freely express their concerns directly to the regent and other governing officials.

There’s no prior registration required, they simply have to attend. It’s also broadcast live every Friday on the official Dialog Jumat website and via Radio Malowopati.

With a population of 1.2 million, this region’s active LAPOR! users made a total of 1,671 incoming complaints (as of 2016). A Centre for Innovation Policy and Governance’s survey in 2016 also suggests that 44% of Bojonegoro citizens received feedback from these reports within seven days. However the same percentage never received any response from the relevant government department. So there’s a need to improve the overall response of the program.

In addition to LAPOR! and Dialog Jumat, a group also formed in Bojonegoro called the Information Society Group (Kelompok Informasi Masyarakat). This is a group of bloggers who act as citizen journalists to strengthen the cooperation between the government and local communities.

These different arenas enable citizens to be heard by the government, generating mutual trust whilst eliminating the distance between the two sides. In the case of Bojonegoro, increased government response has also enhanced citizens’ enthusiasm to complain – and participate.

It may sound counter-intuitive, but complaining to the government is actually a form of citizen participation. It can be a major driver to strengthen democracy and government accountability.

In the context of Indonesia’s history, complaining to the government goes beyond participation. Citizens who complain actually have the power to transform government.

Having experienced feudalism prior to independence and dictatorship under the New Order regime, complaining redefines the interaction between the Indonesian state and its citizens by reforming the roles and expectations between the two.

The transitional Reformasi period, after the fall of New Order, became a training ground for the state to respect and protect citizens freedom of speech and expression and for citizens to claim these rights.

To really embed democracy into daily life, citizens should exercise their rights. Complaining about public service is just one of them.

The stories from Indragiri Hulu and Bojonegoro show that it’s not enough to set up an information technology-based complaint system to open up communication channels between the government and citizens. Complaint systems will fail to build trust if bureaucracies are unresponsive.

Even though its introduction is no guarantee for better institutional response, complaint mechanisms allow citizens to channel their aspirations for government, and so it’s a first step towards trust building.

But as we have seen in our research, communicative and responsive leaders could well be the main ingredient for citizens to participate.