Why, scientists are wondering, did warmer temperatures in the far-distant past allow Greenland’s ice cap to remain stable while sea levels rose significantly? They think there could be lessons for us in this century. 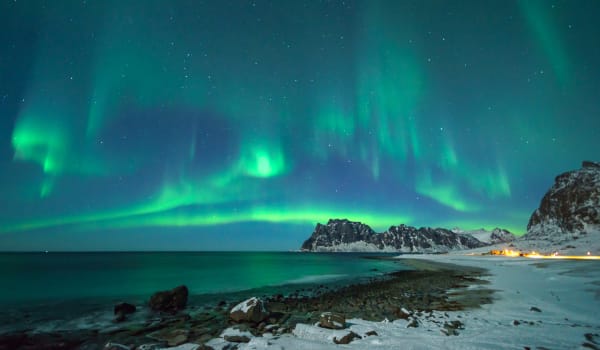 LONDON, 28 January – Scientists examining ice cores from deep in the glaciers of northwest Greenland have identified a period around 120,000 years ago when temperatures were 8°C warmer than today, they report in the journal Nature. The good news is that despite this dramatic rise in temperature, the Greenland ice cap remained stable: it shrank to about 130 metres below the present level but the island remained covered by a thick blanket of ice. The bad news is that – since at the time global sea levels were between four and eight metres higher than today – much of the meltwater that raised sea levels must have come from somewhere else. Greenland has always been at the heart of concerns about global warming: climate scientists have for decades suspected that the massive ice sheets that cover Greenland and West Antarctica must have melted during the warm periods between the ice ages.

A pointer to the present

A team of 300 researchers from 14 nations has been studying the record of global temperatures preserved in the layers of ice during the Eemian period, a warm spell in the last great Ice Age. Locked in each annual snowfall is a ratio of oxygen isotopes that provides a measure of the atmospheric temperatures prevailing at the time. With careful analysis of cores from Antarctica and Greenland – backed up by independent evidence from muds from the sea floor and pollens found in old lake beds – climatologists have been able to reconstruct the patterns of temperature for hundreds of thousands of years. They see the Eemian period as a guide to what might happen as carbon dioxide levels in the atmosphere rise in the present century, driving global warming and climate change: during those few thousand years of warming, temperatures were between 5°C and 8°C warmer than the average of the last 1,000 years. During the Eemian period the glacial surface melted, sank into the underlying snow, and froze again. This is a rare event at such latitudes, but in 2012, while the researchers were camped on the ice, it happened again. “It was even raining, and just like in the Eemian, the meltwater formed refrozen layers of ice under the surface,” said Dorthe Dahl-Jensen of the Niels Bohr Institute at the University of Copenhagen, leader of the project.

“Although it was an extreme event, the current warming over Greenland makes surface melting much more likely, and the warming that is predicted to occur over the next 50-100 years will potentially have Eemian-like climatic conditions.”

The scientists drilled for, and recovered, more than 2,500 metres of ice core, a frozen record of more than 130,000 years of precipitation. The study confirms that, although the glacier at the peak of the 6,000 year warm period was shrinking by six centimetres a year, the island remained sheathed by a huge depth of ice. The suspicion now must be that colossal melting in west Antarctica may have delivered much of the then-higher sea levels. “A thick Greenland ice sheet connected to much warmer conditions is astounding but no reason to relax and watch what the future of man-made warming has in store for us,” said Hubertus Fischer of the University of Bern. “The warming was accompanied by a sea level rise of four to eight metres. Such a sea level rise would be a disaster for the more than seven billion people living on this planet today, even if it takes a thousand years to be reached.” – Climate News Network