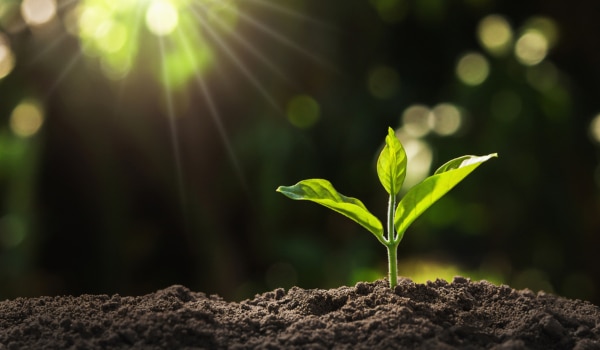 Long after I’m a distant memory, others shall define my legacy. As it should be. I have faith that history and others might be kind to me. Maybe. Maybe, not. So, in the meantime, I do my best.

Sensei Dan would say, “Just train.” I grind it out. I continually evolve my greater-than version, whatever that might be. While I’m on Planet Earth, I hope I can make a difference, be it profound or small. I’ll do what I love, be it Aikido or writing, for as long as I can. Yeah, time is undefeated. So, I surrender to the inevitable decline in my Art, my life. Hopefully, it’s a kind decline. Again, I accept what I get.

Over the years, Sensei Dan created me as part of his Art, part of his life. I’m forever grateful for the man he was for me, and for teaching me the possibility of being the good man. In the bigger picture, I was but an incremental piece of his profound legacy. I’m honored to be part of his legacy.

All that being said, I represent Sensei’s legacy when I teach Aikido or by who I am outside the Dojo. As Sensei reminded me: That’s where it really counts.

Perhaps, Mom sacrificed a whole lot—maybe even true love—to raise me and my sister. Mom is my hero. My love. Mom said, “I’m proud of you.” I was blessed to have her. I got her unconditional love for me, and I’ll always have nothing but love for Mom. Like Sensei, she inspired me to be the man I’m proud to be.

How we present, how we represent others, in particular, embodies our honor culture. Representing others’ legacy with gratitude and honor matters.

No, I don’t define my own legacy. My legacy shall be determined by those I’ve had the privilege of sharing the journey with. So my legacy isn’t about me. Yet, I do represent the legacy of those, who inspired and have been meaningful to me. So, who do you represent? Who has been meaningful to you? Who inspires you to become your greater-than version of yourself?

We don’t live in a vacuum. We emerge from those who participate and contribute on the journey. We arise from our various communities. Consequently, we represent more than just ourselves. Just saying. We also represent those who influenced us; those who love us. Of course, representing goes both ways. Karma. That’s life.

Back in the day, Bobby and I attended Aikido Seminars given by various Senseis. Before participating in the seminars, Sensei Dan instructed, “Do what the Sensei does, not what I do.” Yes, Sensei was one the most humble on Planet Earth.

In 1999, Sensei, Ron and I traveled to Tokyo to attend the Inauguration Ceremony for the new Doshu, Chief Instructor, of the World Aikido Headquarters – Hombu Dojo. That was my first trip to Japan, too.

During our visit, Ron and I took morning classes at Hombu Dojo. Sensei joined with us on the taxi ride over, although Sensei didn’t work out with us. He didn’t need to.

I trained with Ozawa Sensei in one of my morning classes. Sensei was Hachi Dan, an 8th-degree black belt. I guessed that he was 70 years old or so. Sensei was about my size, and rock solid.

We practiced technique from the one- or two-hand wrist grab, katate-tori and morote-tori. Ozawa Sensei didn’t speak any English, and my Japanese sucked. Yeah. Sensei was so hard to move. He motioned with his hands and head getting me to move a certain way.

Finally, I got it: Sensei was my “older” greater-than version. He was showing me how to move the bigger stronger opponent, being our size. He showed me how to drop my center to get under the opponent’s center. Keep my opponent in my center and move him.

Sensei and I worked our asses off for an hour. We were totally sweaty and tired after practice. That was among my most joyous experiences on the Aikido mat.

After class, I waited with Ron and Sensei Dan for our taxi back to our hotel in Shinjuku. Ozawa Sensei drove by in his car. He handed me a box of Japanese rice crackers and candy. Sensei Dan asked me, “Who is that?” I told him that I practiced with Sensei this morning.

Later that night at the Inauguration Ceremony, Sensei Dan talked with Ozawa Sensei. Ozawa was surprised that Ron and I, at that time, were only Nidan, 2nd-degree black belt. He thought that we were much more advanced students. That was high props coming from one of the Senior Instructors at Hombu Dojo.

Sensei Dan told me about his conversation with Ozawa Sensei. Sensei had the biggest smile. Yeah, Sensei got his job done teaching Ron and me. I was honored to represent Sensei’s legacy. I still remember that fondly. That might have been the greatest gift, I could have bestowed upon Sensei. I loved him like a Father. I’m the greater man, because of him.

Yes, we are true to ourselves. We define ourselves, as well. Yet, we are also part of our communities, part of the bigger picture. What I do, what I say honors the person I’m proud to be.

Still, what I do and what I say represents those like Sensei, who helped reinvent me. So, I honor myself and represent others, who have contributed to me in life. Perhaps, they shall define my legacy. I’m honored to define and represent theirs. I do so, out of love and respect. Just saying.