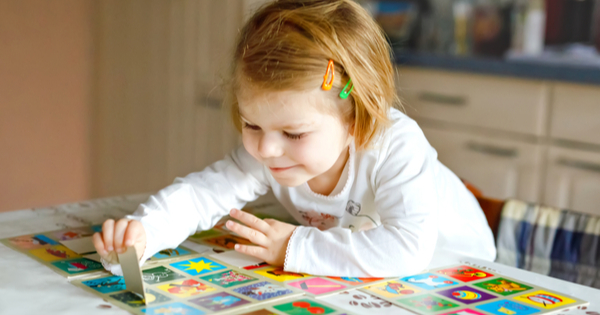 It is easy to think our memories are simple and accurate representations of reality, that they are like files that we put away in our mind for times when we need them, or like a bank for safekeeping the past moments of our lives. If we want memories to be a resource to utilize, we have to trust them.

But in fact, memories can change. Research shows that every time we access them, they are influenced by or adapt to the situation in which they appear. They are somewhat fluid. So how do we trust them if they change?

As we age, it’s not just our memories that change, but everything else about us, our bodies, thoughts, emotions. Memory is complex and there are many different types, mostly depending on how we “store” and “retrieve” them.  I am thinking of long term, autobiographical or declarative (meaning facts or episodes of past events that can be ‘declared,’ spoken about or replayed) memory.

Maybe memories are more like myths or stories than numbers or files and they guide us in both obvious and more subtle ways.  One memory I have is from 1970, but I am not sure about anything from this time except the broad details.  I hitch-hiked from New York City to Berkeley, California, and back. It was soon after I returned from the Peace Corps in Sierra Leone and was trying to figure out what to do with my life.

Sometime early in the trip I met a yoga instructor in Berkeley. I thought of him as almost a mythical being who seemed to flow through life in tune with the world, and I started to pick this up from him. Synchronous events or meaningful coincidences happened frequently while I was there. By chance, I ran into someone from college, who had been in the theatre group I was once part of, and we spent a wonderful afternoon together. I met and stayed with one cousin and by chance ran into another. Whatever I needed, I found.

One day, I decided to hitch-hike to Mendocino to find a woman who I had grown up with. All I knew about where she lived was that she was living in a commune and that there were communes in Mendocino. I got a ride to a small town most of the way to my destination. But then nothing. No cars, no rides.

I was beginning to think my whole plan was crazy. How could I imagine I could just set off without knowing my destination and just arrive there? Then a car stopped on the opposite side of the road. A woman emerged from the car with a small backpack and soon put out her thumb. After maybe a half hour, we looked at and smiled to each other. I crossed the road and we started to chat.

She asked where I was going, and I told her I was looking for a friend named Susi (not her real name) who was living in a commune somewhere in or near Mendocino. She said she lived in a commune in the area. A housemate of hers, named Susi, had just left for New York to meet up with a friend who had just returned from the Peace Corps. Me.

Just then a car stopped for her. She told me the name and location of the commune and then left with her ride. I eventually got to the commune, stayed for a few days, and then returned to Berkeley. It took a few months before Susi and I got together.

How accurate is this memory? The stories of going to Susi’s commune, of meeting a friend from college and two cousins and staying with one, all happened, I think. Most could be verified by other people, but not all. For example, one of the two cousins that I remember meeting in California has no memory of it. And what the trip means to me and the details ⎼ the real lived part of the memories ⎼ are probably, at least in part, fiction, but a fiction that serves me in some way.

I was having lunch recently with a good friend and told her of my idea about memories as personal myths. She shared a passage with me comparing an oral to a literate culture. In an oral culture, both religious and personal stories are “spoken person to person rather than being written and read. In other words, legends and sayings are a fluid …body of teachings, ever-changing with each telling of the tale. …They flow out of the inspiration of the Spirit and creativity of the one who is telling the stories, and there is also inspiration and creative play in those who listen and tell the stories….” In other words, when people in an oral culture share both traditional and personal stories, what is most important is the communion, of one person’s creativity meeting another’s in the moment they share together.

The ancient hunter-gathers were an oral culture with no written language that we know of. Some might denigrate them as primitive. But, according to Yuval Harari in his book, Sapiens: A Brief History of Humankind, hunter-gatherers had a detailed, usable knowledge of the location, growth rate and properties of each plant or the habits of each animal species in their environment. They had mastered the internal world of their senses so well they could move through their world with minimum noise and maximum agility and awareness. Harari even called these ancient foragers “the most knowledgeable and skillful people in history.” Ancient seafarers, like the Polynesians, an oral culture, used memory and close observation of ocean currents to navigate great distances. So if they needed such a precision of memory, how could their memories be fluid?

Maybe we should think about memory as a form of creativity, of creating an understanding of our world that shapes how we relate to it. It can make the world seem ugly or beautiful, selfish or compassionate. And if we recognize and study this about ourselves, and attune to the thoughts and feelings we have each moment ⎼ and to those who share the moment with us ⎼ then we could use memory more powerfully and mindfully and live more harmoniously. And maybe this is one purpose of memory, if we can only recognize it.