Sagami Lake is an artificial lake located about 50 kilometers west of central Tokyo, and is an important part of the Sagami River system. 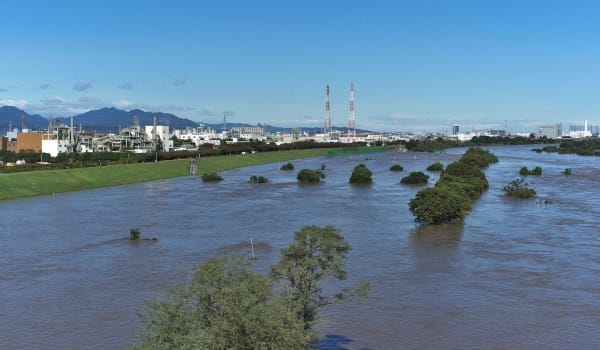 —
Sagami Lake is an artificial lake located about 50 kilometers west of central Tokyo, and is an important part of the Sagami River system. There are a number of landscapes within this river system that blur the distinctions between the rural and industrial, natural and artificial Japan. Maybe landscape is not the word because the concrete, steel, and greenery come together in a particular kind of way.

There is nothing sublime about Sagami Lake. It is too jagged for that. The area around Sagami Lake, which is both a lake and a town, fits together like a jigsaw, pieced together by the crisscrossing patterns of steel bridges, concrete roads, and seasonal shops.

The center of the community is the lake, which covers the old community with nearly 50 million tons of deep blue water. The lake is on the edge of eutrophication caused by “unusual” algae blooms that cause the tap water in the area to smell “off”. Despite the huge amount of public funding that has gone into the construction of the dam and the cleaning of the water, the landscape feels ill at ease, unsettled.

One of the most out-of-place pieces to the lakeside landscape sits on the edge of the lake: a large marble ball on a dais. When I first saw it, I passed it off as being similar to the great concrete balls of Atsugi, Kanagawa Prefecture. I thought it was something I would forget quickly, something that was built to get rid of excess money in the municipal budget of the city of Sagamihara.

I am really glad that I took the time to read the writing on the base of the sculpture.

The first paragraph on the side of the dais facing the lake recounts that Sagami Dam was Japan’s “first multipurpose dam,” which was built to supply the people of Kanagawa Prefecture with “life-sustaining water and clean hydroelectric power.” Plans for the construction of the dam began in the late-1930s, to provide water for the growing population and industrial needs of the prefecture. Like all large dam projects in Japan, however, the construction project was delayed by the people who lived in close to 200 households in the river valley. They were finally removed in 1938 by the Japanese Imperial Army.

The end of the message on the marble plaque is unsettling. It explains in clear, hard language how the production of this clean energy came with a price. It reads that the people of the prefecture must not forget the lives that were displaced by the flooding of the river valley but also remember the hard, forced labor from Japan, China and colonial Korea that provided for the making of this bright-life downstream. Between 1940 and 1945, over 10,000 laborers were involved in building Sagami Dam; 85 of the people that lost their lives have their names etched on the base of the sculpture.

Reading this marker is a hard reminder that landscape is more than just perspective and aesthetic. It reminds me that landscape is also a verb, as something that is produced by human work. The building of the dam felt differently to the thousands of laborers who worked in ugly, sweaty, and often dangerous conditions. It was likely unpleasant.

It is important to acknowledge that it was their work that made what we see possible. The concrete dam, the introduced black bass, pictures of the former village in the rental boat area and the swan boats all embody the coercive labor and a despoliation of the environment that has come with the harnessing of the energy of the Sagami River system.