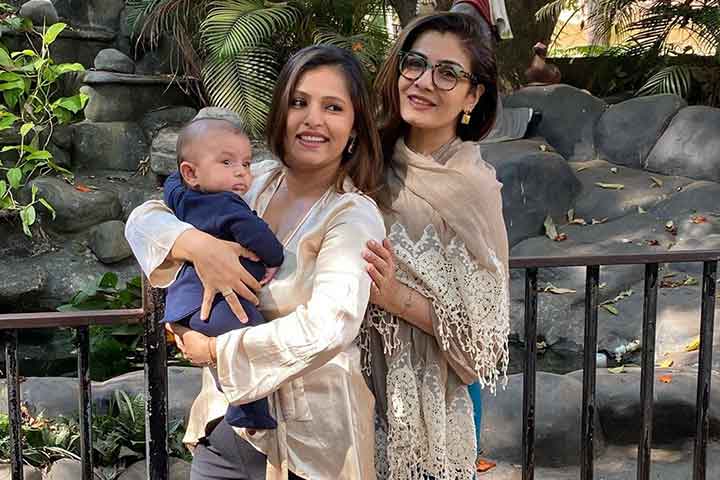 A newborn’s arrival in a family definitely calls for a celebration. Apart from the new parents, everyone else in the family is equally excited about the latest addition to the family fold. But guess who’s probably more excited than the expectant parents themselves? Grandparents, of course! To see their children’s kids is the happiness they experience at a totally different level. This is exactly what was probably going through the mind of Bollywood star Raveena Tandon, who became a grandmother recently. Wait, what? Raveena, and grandmother?

Yes, you’ve heard that right. For those of you who came in late, let us fill you in on it. Years back, at the peak of her career, Raveena had adopted two little girls – Chhaya and Pooja. They were daughters of a cousin who had passed away leaving them behind. When Raveena and her mother visited them, she was appalled that the way their guardian treated the girls. Without second thoughts, she got them back to her home. She was all of 21 years back then. While this news came as a surprise initially since it was unheard of at the time, she soon became an inspiration many. Years later, Raveena got married to Anil Thadani and had two kids of her own – Ranbir and Rasha. Despite becoming a mother herself, Raveena brought up all four of them together. 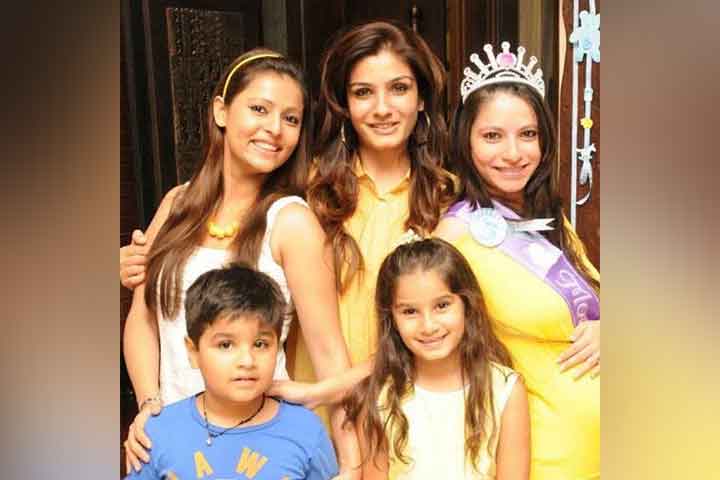 In the year 2016, Raveena’s adopted daughter Chhaya got married to Shawn Mendes. It was a beautiful Hindu-Catholic wedding at a Catholic church in Goa. At the wedding, it was Raveena dressed in a mesmerizing blue gown who led the bride up to the alter.

On September 8, 2019, Raveena hosted a fabulous baby shower when daughter Chhaya was pregnant. Not only was the baby shower organized to the T but Raveena also wore a cute badge that said ‘Nani to be’ referring to her soon-to-be status of a maternal grandmother. Her biological daughter, Rasha too played a great hostess for the event. Ten days later, Chhaya gave birth to a baby boy. A homecoming ceremony organized for the baby. It was a traditional affair complete with an arti and pooja. The baby was named Rudra. 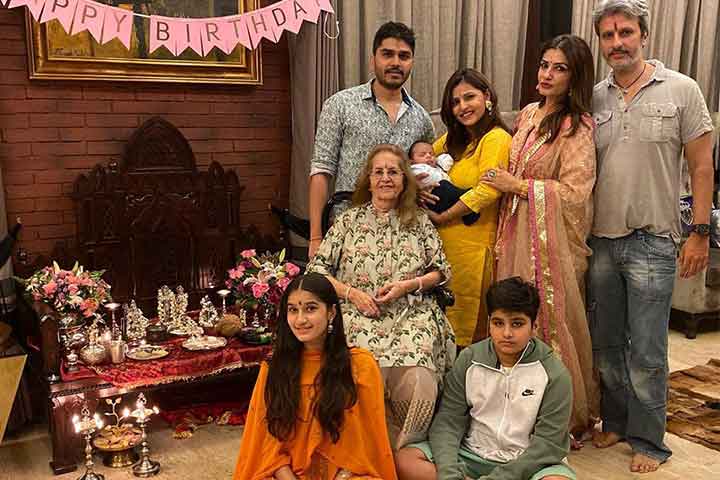 Keeping in line with the Catholic traditions, Raveena accompanied her daughter and grandson to the Catholic church for the Baptism ceremony. She also posted pictures from the ceremony with a sweet message about the special day. But if you thought that was all about it, then wait till you hear about Raveena’s special gift to her grandchild. 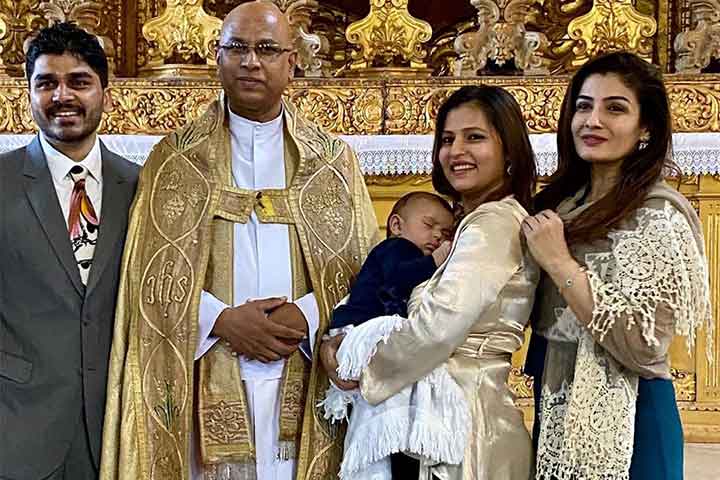 While most of us would have thought of giving baby clothes or jewelry, Raveena gifted her grandson with a unique present. She got Rudra’s tiny fists and feet cast in a golden-colored cast. These impressions were then framed along with a baby picture of Rudra by the side. Bhavna Jasra, the lifecasting artist, had posted the picture on Instagram. She also mentioned how Raveena is an ardent fan of their work and always has kind and sweet words for them. 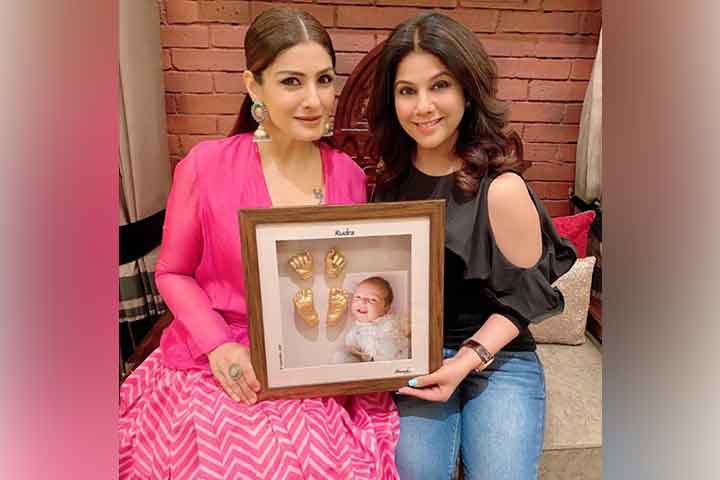 One close look at the picture of the castings and you can understand why. The castings are almost life-like complete with skin creases and ridges of the sole of the feet. The placement of Rudra’s smiling picture makes it priceless. Now, that is one hell of a great gifting idea. We can’t help but think how special Rudra must be for Raveena that she went out of the way to find a gift that is so unique. She’s one maternal grandmother every grandchild would wish to have. 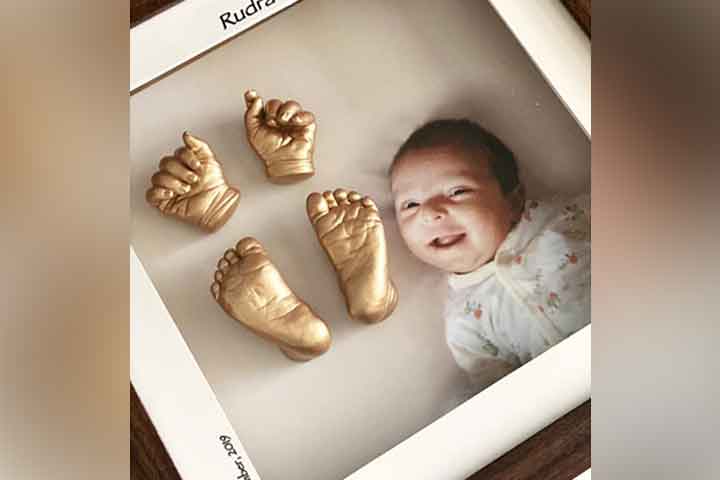 It is quite heartening to note that not only is Raveena an inspiration for aspiring actors in Bollywood but also an inspiration at a personal level. She has beautifully brought up her cousin’s daughters along with her children like her own. And her latest gift to her grandchild is surely going to be one that he’ll cherish for a lifetime.