A few weeks ago, I noticed a couple of interesting tweets from broadcaster and political journalist Emma Barnett. Barnett had just published a book about periods called It’s about Bloody Time. Period. Female friends and colleagues of Barnett’s had gone along to the book’s launch party but many of their male partners hadn’t attended, claiming the subject of the book was not an “important” issue. I was somewhat dismayed by this and wasn’t going to stand for it. 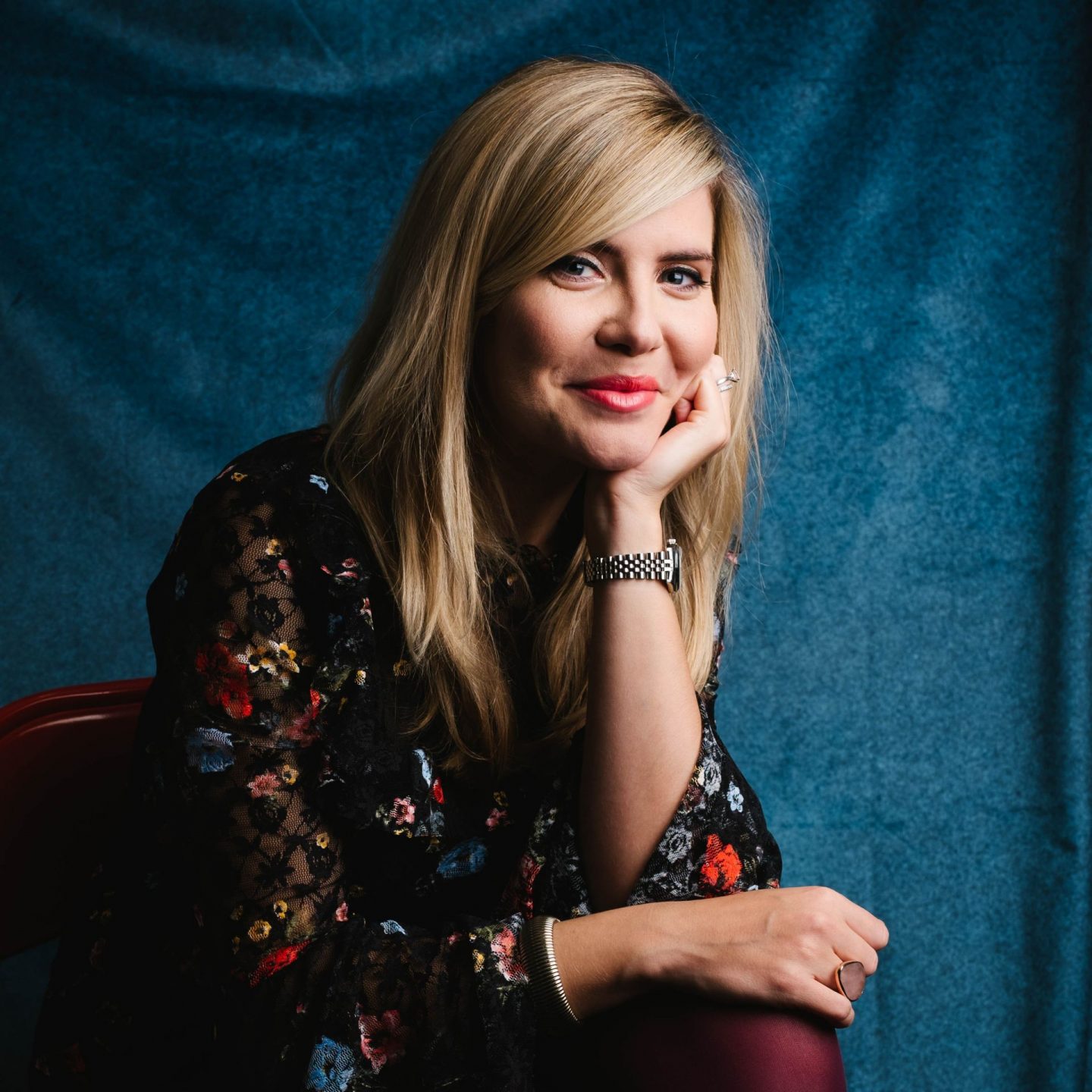 I read Barnett’s book for myself. Far from skirting around important subjects, it takes a long, hard look at period poverty, menstrual health and why the subject is still taboo. It also raises important questions, such as why sanitary products are taxed.

While serious, there are many funny stories in the book. That said, I have to admit the section about having sex while on your period did make me wince slightly (see final question and answer below).

The book is also very personal for Barnett. She candidly speaks about her experiences of coping with endometriosis, enduring many years of pain and having trouble conceiving as a result. She eventually underwent IVF treatment in 2017. Having been told by a doctor to take it easy, the General Election was called and she had to undergo treatment while reporting on the campaign trail!

I approached Barnett to see if she’d take a part in a Q&A. In addition to examining these subjects further, I felt someone who knew the subject so well must have advice and tips for us mums and dads about speaking to our own children about menstruation (girls and boys as there’s often a chronic shortage of knowledge among both men and women on the subject).

I know of parents who struggle to discuss periods with their kids. It may not be easy or pleasant but it’s something that we should all do and so I was very happy when Barnett agreed to my request. Here’s what she had to say.

What inspired you to write a book on a subject that most people consider taboo?

I unwittingly made a spot (no pun intended) of broadcasting history when I talked about having my period on live TV news. And then the stories flooded in (again no pun) and I felt I needed to turn people’s experiences into something bigger. Then I found out I had been suffering from a period condition myself all along and I knew I had to write the book that hadn’t been written.

In the book you highlight some bizarre beliefs about periods. My favourite is definitely the idea that menstruating women can curdle mayonnaise. Did you have any favourites?

Favourite is not the word I would use! But I think the idea that a menstruating woman can turn wine bad can at least be spun to show how feared we were. And what power we were thought to wield for the wrong reasons.

It’s about Bloody Time. Period, gives superb examples of society’s hang-ups about periods. From the woman who nearly got herself arrested because police found her with bloodied bed sheets in her rucksack, to former PM Gordon Brown refusing to say the word “tampon” in Parliament, what is the world’s problem with periods in your opinion?

That they are in our pants and come out of a vaginas. And somehow periods have been mixed up with the taboos that used to exist about sex. And when the dialogue around sex moved on with the rise of Generation Overshare, somehow it never did for periods and they remain stubbornly taboo. Women are still thought of as unhinged and dirty when they have them. The full answer to this question took a whole book to communicate.

If there’s one thing I would have liked you to have covered in more detail, it’s how mums and dads speak about periods to their children. What role do you think parents play in smashing taboos around periods?

My example, right at the start of the book, of how good my mum was when I began my periods, was my way of showing how much she had made me unashamed. Parents set the whole tone and give girls the confidence to take on the remaining periods taboos in society, whether that’s at school, in a religious setting or in the doctor’s surgery. You are the key to stopping that misplaced shame ever taking root in the first place.

As your own experience with endometriosis shows, period education is about more than learning the mechanics of periods, it’s about health education and this starts at a young age, right?

Yes but doctors also have to believe women when they present pain. Men and women know if something isn’t right in our bodies. If people then speak up and go to the doctors, the health professionals have to meet us in the middle and believe us when we get there. But yes, we also need to know what’s normal and what’s not. Menstrual education is meant to be hitting the curriculum next year (Sept 2020) so we shall see if it does and how it may help define what’s ‘normal’. 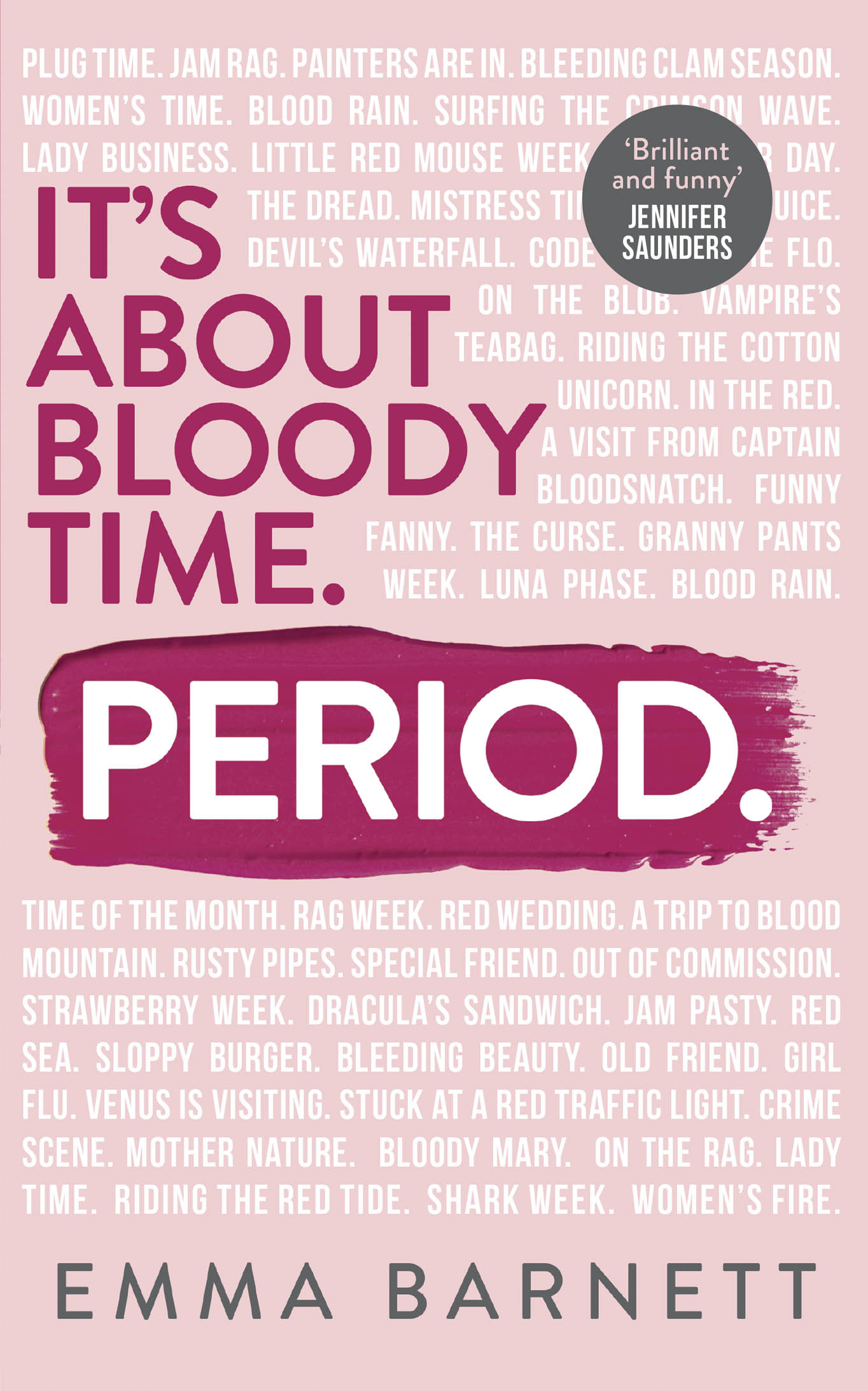 I’ve long felt that fathers are in a good position to normalise discussion of periods. Men don’t have periods so miss many of the negative discussions and experiences. Shouldn’t dads seize the opportunity and help smash the stigma around periods by talking to their daughters and sons about menstruation?

Yes but it can be hard. But then very little worth doing was easy. Please do.

That said, you gave some great examples of male squeamishness in It’s About Bloody Time. You also made some pointed remarks on social media about men not coming to your book launch because they didn’t feel periods are an important subject. Your book mentions the health impact of poor period education, not to mention the consequences of period poverty. Surely this is a subject of immense importance?

My social media remarks were direct quotes from women who told me their male partners wouldn’t come as they didn’t believe I had written about an “important subject”. They were fans of my political journalism and probably would have preferred that I penned a book on Brexit not periods. I am sad to say it’s attitudes like that that can silence some women or make them feel like their issues are second rate and therefore not worth talking about. What could possibly be more important than a bodily process to which we all owe our lives to some healthy semblance of? I don’t believe men can change the tone, it is women who must lead the charge but we are the most incentivised. But men then need to pick up the baton when it’s handed to them and not wrinkle their noses in squeamish disgust. We are all in this life together.

Getting back to the role of fathers. What advice would you have for any dads speaking to their daughters and sons about periods?

Define a period to them biologically and then tell them that women react differently to them. Energy levels, mood, cramping can all differ. Ask them if they need help with someone showing them how all the gear works: Pads, tampons, moon cup etc. And tonally, don’t overdo it. Be led a bit by them but also if you are fully briefed on what periods are and how they can affect girls, you can also make them feel safe within your knowledge. You don’t have to tell them everything straight out. But let them know you can answer their questions as and when they have them –  and if you can’t, you will help them find someone who can. Like all parenting – it’s about how safe you make your child feel and you do that through your tone and approach.

And what about mums, any advice for them?

The same as above but with the caveat that times have always moved on. While your experience may have been a certain way, don’t superimpose your experience too much onto your daughter. Her period and associated emotions may be entirely at odds with yours.

Should us parents be talking differently to sons and daughters about periods? Do boys and girls need to know different things?

Girls need more logistical and practical info but essentially boys can stay in the room and in my opinion, should do. Making them hush hush or something to talk about quietly, only perpetuate the period shame myth.

Are you planning a follow up book at all? Might we see a TV show or podcasts, radio shows from you focused on periods?

Watch this space. I also would love a menstruation TV show and a period pod. Monthly of course.

Finally, I just want you to know that it will be a long time before I am able to eat steak again. A very long time.

It’s About Bloody Time. Period. By Emma Barnett is published by HQ is available form all good book shops or online from Amazon.