In a local context in which Peruvian radio [es] and television [es] stations have lately been closed for supposed political reasons, the end of transmission of a pair of “album-oriented rock” radio stations may seem insignificant. 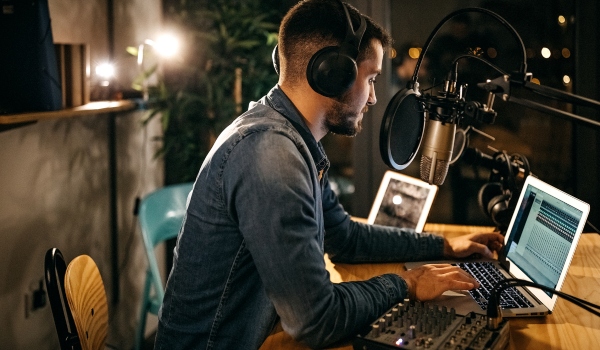 In a local context in which Peruvian radio [es] and television [es] stations have lately been closed for supposed political reasons, the end of transmission of a pair of “album-oriented rock” radio stations may seem insignificant. However, against what might be expected, the reaction from radio listeners is worth mentioning and analyzing.

On December 8th, 2009, Miguel Villamizar of the blog LO MEJOR del Rock and Pop en PERU [es], celebrated the 12th anniversary of the station Radio Z. However, later that month on December 30, Villamizar wrote that the rock and pop music station Radio Z would stop transmitting, and in its place, La Calle Radio (The Street) would begin on the same radio frequency, which would play reggaeton, cumbia, and salsa. He writes, “this time another company owned by Mr. Capuñay are now the standard bearers of this ‘worsening’ of radio music in Peru.” Even though the post is short, it attracted 221 comments, and most disagree with the closure of the radio station.

On January 3, 2010, Villamizar wrote that Radio Z [es] could now be heard online:

For many, this can be a subjective opinion which is valid from all points of view. However, what really draws one’s attention is that after five days of its launch, this station threatens to break free (do not know from what) and it does not have a single second of advertising. So the question is: How do they stay in business? One of the arguments for taking Radio Z off the air is that Rock does not sell, we’re in the era of cumbia and perroton …

Another argument I hear to justify this, is that “they are the owners and they can do what they want … they have to recoup their investment?” Investment? . I remember in late 2004 when the powerful RPP group bought Radio América to install its first satellite called “Mega”. América’s signal was cut from one moment to another, and returned after two days in the form of a new radio station “La Mega”. Upon starting the transmission, the new RPP-owned station had advertising. So what are we talking about in the case of La Calle. The owner of that station is recouping its investment? What is its business. La Calle is full of current advertising? The answer is NO.

However, on Monday, January 16, the blogger reported on the first of the new radio advertisers: the National University of Trujillo, Ecomuebles and Merchants [es], but he remained suspicious of the source of these advertisers. From Santa Clara, California, Javier Lishner of the blog Rock Around the Blog [es] spoke with Julio Villar [es], a fan and connoisseur of Lima radio station, and also with Villamizar [es]. Both interviews provide very good background information on the history and current status of radio in Lima. Fairly similar to the above case is the case of Radio Telestereo [es] (link works only in IE). Isabel Guerra of the blog Burbujas Recargadas [es] shares her impressions in this post:

for me, personally, the news of the day, was the increasingly insistent rumor that the Telestereo 88.3FM signal would no longer be on the dial. Many memories passed through my mind as the hours passed by, and it became increasingly clear that this was not a hoax. … Telestereo 88.3FM was the only radio, of all that I grew up with, that had survived them all.

It was not just a station with a different musical approach, but quite a landmark in the increasingly sluggish Lima radio offering: it was also a generational anchor. To think that this radio was maintained despite the invasion of reggaeton and cu-cu-Cumbiambera was something that made us feel that our tastes still had a place on the dial. What now? We’re not even a niche market?

This post also received a significant number of comments, 74 so far, most of them were lamenting the virtual disappearance of the radio. Then, Guerra published another post that the Telestereo signal could be heard via the internet [es], even though there were no announcers. Javier Lishner also addressed the issue in three posts: (1, 2 and 3) to figure out what really happened to this radio because, so far nothing is definite:

Today fprtvn, another reader or blog reader, left a message saying “Telestereo will not be sold. I just talked to (both) owners and they say that they have neither sold, nor rented it. They were very clear with that. It appeared to be a “death and resurrection” which is also what is indicated by the Communiqué on the website of Telestereo. Curiously, the commercial signal is coming via the Internet (I do not know what the advertisers think of this.). So we might be talking about a “Telestereo Reloaded” during the first days of February 2010.” With this comment, the mystery of the new owners will keep us away. How interesting.

Leaving aside some of the specifics of each case, a common point to bloggers and commentators in the posts above is the complaint that there is a reduction in the number of listening options for certain types of music, in this case for rock and pop. Ernesto of Física3 [es] puts it this way:

Many would say that at this time, radio is no longer needed, and all that is needed is to build an mp3 playlist, but no, that is not the point. Radio’s effect is one of being a proposal, the selection by the DJs, of what they think that the public might like, the loyalty of that public based on that proposal. Now what happens is that no one will be proposing things that suit your preferences, and in that way, the vicious cycle of falling into the massive and poor selection will continue to go on and on.

Meanwhile, Luis Gadalupe also commented saying goodbye to Telestereo 88 FM and thanking them for everything [es]:

Unfortunately, in current times, radio corporations want to monopolize everything and they finally absorb even the smaller stations, which is what it appears to have happened with Telestereo. Majority tastes are respected, but minority tastes should also be repected because they have all of the right to listen to their own tastes on the radio dial.

In reality, and even though the way people identify with “their music” could be seen as being snobbish, there are some who outright dismiss the tastes of others, even going as far as being derogatory against those who do not share their own music tastes. For some, it is difficult to understand why there are less options to listen to rock and pop on Peruvian radio, despite the increase in the number of international rock bands that arrive to Lima, as shown by the recent concert by Metallica. This shows that there is in fact, a market for this type of music.

In an article that contains some points of agreement with the problems described here, Professor Adrián Menéndez in the blog PuntoEdu [es] from the Catholic University asks, “what must be done in order for Peruvian radio to be played more often on Peruvian radio?“

What does a radio station expect from a new rock band? When a new song is scheduled on a radio station, one things of the potential audience. The radio programmer is aware of the volatility of a listener, who, for exaample, changes stations once every 42 minutes and the time that one waits to change a song that one does not like is only a few seconds. A song on the air must be recognized by the audience of that station as a song of their taste. This is the variable that conditions a radio programmer: a new or unknown song, then the station is changed.

The way that internet users protested the absence of two music stations is symptomatic of the level of civic consciousnes by listeners. Perhaps the fact that this happened in Lima and not in the provinces explains, but does no justify, this large difference in reactions.