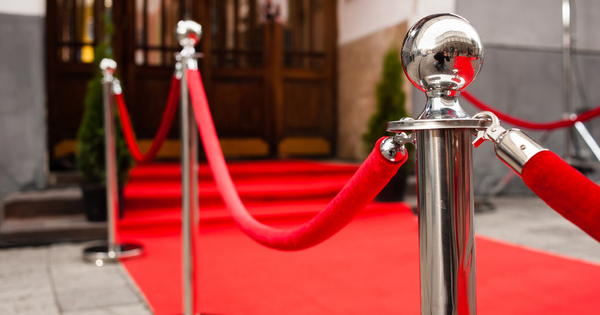 I’ve been both a gratitude-aholic and a spoiled brat in my lifetime.

When I was a child, I got angry about receiving gifts that I didn’t want. My relatives forgave me for that a long time ago, but I’ve sometimes still struggled with forgiving myself. I was an Autistic kid who didn’t really feel at home anywhere and wanted things his way all the time. Thankfully, I’ve been taught to have gratitude for all that I have—sometimes more successfully than others.

When I was a freshman in college, I had a friend who was insulting the hell out of my Autism, and I remember crying about it to someone and explaining that I’m hyper-literal and I understand the world very differently than others, and the other person said, “Josh, that is a gift!”

Today I believe that that other person was right. My Autism gave me an extraordinary memory—flaky for short-term tasks, impressively, excruciatingly detailed for long-term memorization of facts.

While I have a lot of great stories about gratitude in my life, I wanted to write about my gratitude for my Autism by highlighting experiences from the last several years that challenged what I thought I could do—and in which I was rewarded copiously.

After graduating from college in 2011—which was a struggle, as it took five years, a few changes in my major, and failing a couple of classes on the way to a crappy grade point average—I tried applying to a few graduate programs, desperate to do something with my undergraduate degree. In 2014, while I was really sick from a medication-induced manic episode, I finally found a graduate school that would admit me, though it was for another English program. Majoring in English in college may or may not have been a mistake, what with my trouble paying attention to long amounts of reading with my ADHD, not to mention my trouble understanding figurative language with my Autism.

So, when I met my soon-to-be-graduate advisor after asking if I could take his Cultural Studies class in 2014—without enrolling in the program—I could tell he wanted me in the university’s program, and I said, “OK, before you say anything, I don’t ever want to do another English program ever again. It was a mistake the first time around.” He looked at me and said, “We’d be lucky to have you.”

And suddenly, my dream of going to graduate school wasn’t farfetched. I had to disclose all my anxiety about Autism and literature, huge loads of reading, and so forth. But a few weeks later, I received one of the sweetest e-mails of my life, from this advisor congratulating me on getting into the program.

It took a lot of initiative on my part—for example, searching for audiobook programs for disabled people—to help me get through graduate school, but after a couple years, I did it. I got my master’s degree in English with a 3.78 program GPA, and it was a sweet, sweet victory.

During that time, there were a few other victories that would have seemed impossible a few years before. One of the biggest of these was getting inducted into an international English honor society called Sigma Tau Delta . . . or STD. I had to have a strong GPA to get in, and at the induction ceremony, I gave this speech of gratitude:

Cheesy but true: more than anyone else here, when I was a kid, I never dreamed of the day when I’d be in an international honor society for English. Literature’s a struggle for me because my disabilities dictate how I can’t understand language like everybody else.

All I ever heard growing up asking about what language meant was that I was a—I’ll just say, “(expletive) r*t*rded f*gg*t,” which, by the way, is really messed up, including for people with disabilities. And today I’m in a graduate program for literature, pursuing my dream, working in a classroom with such awesome and intelligent people, getting published, going to conferences, building a community of learners in my life, and making an impact. I couldn’t ask for much better for my life right now.

As a song I grew up hearing says, in words that resonate so much more with me now, “The fighter still remains.” And I wanted to say to [my advisor], you were right to convince me to apply to another English program after all, so thanks to you and thanks to everybody for being here tonight. This really means a lot to me.

I remember people cheering, and soon after I got an e-mail from one of my professors saying, “Your speech got me teary-eyed. That was wonderful! I’m so proud of you.”

18 months later, one of the biggest honors of my life happened when I was awarded my department’s Graduate Critical Analysis award for a paper on rock music and race in the 1960s. For many, it was a strange paper when it got published online, but at the point when I got the award, I’d presented multiple versions of it at (at least) three conferences and won a different award at my university’s Research and Creative Activities Symposium as the outstanding presentation on a panel of English papers. But as someone whose writing was ridiculed in high school, this Graduate Critical Analysis award really meant a lot to me. Here is an excerpt from my three-minute Oscar speech:

I feel like pulling a Kanye West tonight and saying Beyoncé should have won this award. But regardless, I am very, very honored to be here [. . . .] I’ve struggled with literature since I was a kid, and I’m honored to have even been considered for this award with some amazing scholars in this category especially, for a paper on music, my greatest passion. I’m honored to be here, and I wanted to recount a couple of moments that led up to this night for me. When I was in high school, plenty of kids said and thought that I was too “retarded” to be in AP English classes. [. . .] The last thing I want to say is, tonight is a very emotional night for me. Five years ago, I was at an emotional low point, desperately unhappy having come home from a phenomenal college experience, and that weekend turned into one of the high points of my life. So, to quote Smokey Robinson, a man that Bob Dylan allegedly once called America’s greatest living poet, my attitude at that point was, “I’m just about at the end of my rope, but I can’t stop trying; I can’t give up hope.” So, I’ll be celebrating tonight, and by the way, the fighter still remains. Thank you.

My unique thinking led to these honors. I couldn’t have done these projects without my Autism, whereas a few years before I had thought I never would do them because of my Autism. My knowledge of music—for instance, being able to name a musical event from every consecutive year from now going back over a century—and my directness really worked wonders in an English program where I admitted my perpetual confusion over metaphors.

In the last few years, there are a few other examples of gratitude that I could highlight. I remember when a friend from my hometown—that I met at college, as I had no friends growing up—invited me to my first ever social event in my hometown when I was 25 and was living away from there. I went to the event, a concert; had a great time; and thanked him, saying, “You made my life better today.”

I remember hearing a friend speak of her gratitude for her addiction because it led her to seek help, and I thought of my own struggles. That flipped a switch in me, to use a metaphor, hopefully correctly. I, too, am grateful for what my obsessions, compulsions, and addictions led me to, as painful as the process was getting there.

And finally, going around the extended family Thanksgiving dinner table in 2018, when it came to my turn to share what I’m grateful for, I shared, “I’m grateful I made it to 30.” I wasn’t always sure I would make it this far.

I’m grateful that I don’t hate my Autism and that I’m grateful for my Autism at all—meta-gratitude, if you will. The process of getting there was painful, but through all the bullying, I made it this far: a published, award-winning author with a Master’s degree in English. Instead of giving you another Oscar speech, I want to quote two songs’ lyrics, one from Christina Aguilera and the other from Paul Simon: “Thanks for making me a fighter,” because “the fighter still remains.”