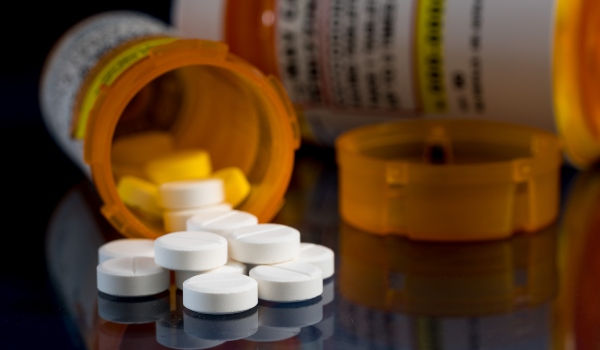 ‘We need to care more’

“I wasn’t born to be a drug addict,” said a brave member of the audience at our recent Open Caucus meeting in the Senate on the Opioid Crisis in Canada. He told us of his struggle with drug addiction over two decades. His closing words hung in the air for us all to absorb: “We need to care more.”

More than 9,000 people lost their lives in Canada between January 2016 and June 2018 due to opioids, a class of highly addictive drugs that are commonly prescribed for pain relief and easy to buy illicitly. Most of the dead — almost 70 per cent — were young and middle-aged adults between the ages of 20 and 49, the majority male, in what should be the most fulfilling and productive years of their lives.

It’s a national crisis and a public health emergency.

Dr. Jeffrey Turnbull, Medical Director of Ottawa Inner City Health told the Caucus that less than one kilometre from Parliament Hill opioids are easily available on the street. “I now see 150 heroin addicts and five overdoses every day,” he said.

“The drug supply is hugely toxic,” Dr. Turnbull warned. And it’s a moving target: the specific compounds change weekly, so health service providers don’t know what they are dealing with from week to week.

What’s driving the addiction crisis? Dr. Turnbull told the panel, “They are treating their trauma with opioids.”

In fact, as Dr. Sheri Fandrey, Clinical Assistant Professor in the College of Pharmacy at the University of Manitoba told the panel, “We don’t have an opioids crisis or a methamphetamine crisis. We have a trauma crisis; a housing crisis; a poverty crisis; a stigma crisis.”

In other words, what’s fueling addictions are risk factors well-established by research, such as childhood trauma, low income, disability, unemployment and historic trauma, such as the residential schools experienced by Indigenous peoples.

Dr. Esther Tailfeathers, the Medical Lead for the Population and Public, Indigenous Strategic Care Network told the panel that her community, the Blood Reserve in Southern Alberta, with a population of around 13,000, had two to three deaths per week from opioid use. One night they had 14 overdoses. Almost 40 per cent of babies born in the community now have neonatal abstinence syndrome due to opioid use.

So they embraced harm reduction. They set up a safe consumption site and a safe withdrawal site, created a mobile response unit and trained front line workers and community members. The first three months they used naloxone, a drug that reverses the effects of opioids in an overdosing situation, they had 0 opioid-related deaths.

Dr. Caroline-Hosatte-Ducassy, a medical resident in Emergency Medicine at McGill told the Caucus that opioids still have an important use in medical practice to treat significant pain, but that doctors need more training, and integrated electronic records, to help prevent over-prescribing. Doctors, she said, need to learn to provide “the right dose” — the lowest effective dosage for the short-term, to the “right patient” — when there is no other alternative available and the individual has a low risk for overdose and addiction.

Dr. John Weekes, Director of Research and Academics at Waypoint Research Institute asked the audience if they’d ever tried to change an aspect of their behaviour, such as losing weight or exercising regularly — and succeeded for a while but then failed: “Why and how could we think and expect people engaged in daily drug use could change their behaviour?”

Dr. Weekes said seven in 10 of those who have been incarcerated have problematic substance use and noted the link between crime and the need to fund addiction. Yet, he noted, “I’ve met thousands of people with substance addiction and I’ve never met any for whom this was their life plan.”

So what can be done?

Hearing from the experts it became clear we need to do more.

“We can’t criminalize a solution,” as Dr. Turnbull put it. We need a public health solution that is integrated and multi-sectoral and focuses on primary prevention. We need an education campaign and we need to make non-prescription solutions for pain and mental health issues accessible.

As one member of the audience said, we need to “stop treating addiction like a moral failing,” and treat it like a serious medical condition. It’s time to care more.

Previously published on quoimedia.com and is republished here under a Creative Commons license.