The daily express was just one of many yiddish newspapers that flourished in the east end of london at the turn of the twentieth century, including morris winchevsky’s dos poilishe yidl (The little polish jew) And der arbayter fraynd (The workers’ friend). 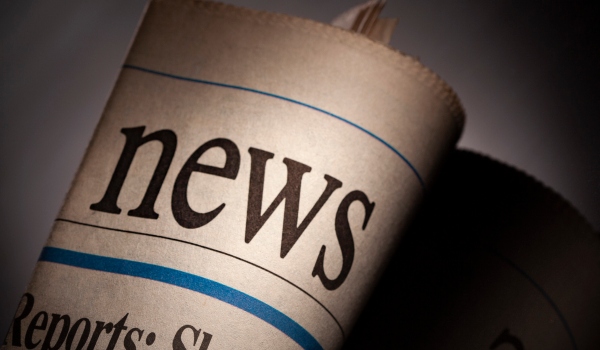 —
Lord Northcliffe (1865-1922), founder of the Daily Mail, is perhaps best known today as one of the models for Lord Copper, the megalomaniac press baron in Evelyn Waugh’s novel Scoop. (‘Definitely, Lord Copper.’ ‘Up to a point, Lord Copper.’) Love him or loathe him, you couldn’t ignore him: Northcliffe created modern tabloid journalism and, in doing so, launched the fortunes of two mighty publishing empires, his own Associated Newspapers and its arch-rival News International.

Like other successful dictators, Northcliffe kept his staff on their toes by interfering incessantly and unpredictably in their work. Happily for modern researchers, this means that his papers contain a mass of material vividly conveying the texture of daily life in the offices of a great newspaper – the sort of material that only an obsessive micromanager like Northcliffe would ever have bothered to keep in the files. In October 1905, for example, Northcliffe heard a rumour that the Mail’s tabloid competitor, the Daily Express, published a special East End edition in Yiddish, and asked his manager Ralph Lane to investigate this unlikely tale. Lane found that there was indeed a Yiddish Daily Express, or Teglicher Ekspress, published in Commercial Street, Whitechapel, which rather cheekily used the Daily Express masthead even though it had no connection with the better-known newspaper of the same name. To prove it, he sent Northcliffe a billboard poster, which is preserved today in the Northcliffe Papers here at the British Library:

The Daily Express was just one of many Yiddish newspapers that flourished in the East End of London at the turn of the twentieth century, including Morris Winchevsky’s Dos Poilishe Yidl (The Little Polish Jew) and Der Arbayter Fraynd (The Workers’ Friend). The last Yiddish daily paper in London, Di Tsayt, ceased publication in 1950, but long before then, as the late John Gross records in his affectionate memoir of his Mile End childhood, A Double Thread (2001), it was an established joke that whenever the editor, Morris Myer, saw a funeral cortège making its way down Whitechapel Road, he would remark: ‘There goes another subscriber.’ Today, the sole survivor of this distinguished tradition is the Jewish Tribune, published weekly in Stamford Hill, which includes a supplement in Yiddish.

My colleague Ilana Tahan, curator of Hebrew Collections, has kindly translated some of the headlines in the Daily Express poster: they include ‘Tsar Nicholas Ill’, ‘Crisis in Morocco’, ‘Disaster in Mexico – Many Victims’, and ‘£50,000 Theft’. The fine collection of Hebrew and Yiddish periodicals in the Newspaper Library at Colindale includes a short run of the Daily Express, from July to September 1897, but no complete file appears to survive, so the poster in the Northcliffe archive gives us a precious scrap of information about the paper’s history, and a rare, ephemeral glimpse of the advertisements that would have greeted passers-by in Commercial Street one October evening in 1905.

—
Previously published on blogs.bl.uk and is republished here under a Creative Commons license.