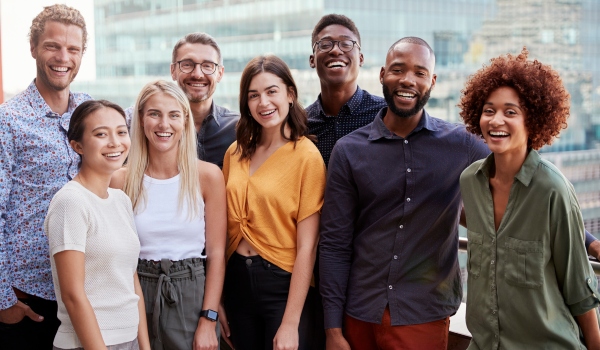 When talking about enclosures in the Commons, we usually think of natural or cultural resources. But there’s something else that’s vulnerable to enclosure, which I hesitate to describe as a “resource”: emancipatory imagination. One of the worst effects of capitalist realism is the endless bad-mouthing of alternatives to its toxicity. With this in mind, I’d like to share with you some extraordinary examples of imaginative prototyping exercises towards commons-oriented futures — presented by the very people who will bring them about in the face of darker possibilities.

I recently had the honor of teaching a group of 18-28 year olds taking part in an initiative called YIP, or “Youth Initiative Program”. YIP describes itself as a program for social entrepreneurs and personal growth. At first, I was hesitant about agreeing to participate. I believe “social entrepreneurship” wedges profiteering in as the payoff for taking people and planet into account — a well-meaning but doomed attempt. Still, it was a chance to speak and share the language of the commons with a decidedly different demographic than the usual P2P/Commons/eco crowd, so I accepted the offer.

On the second week of December I arrived at the Findhorn community, located on the Scottish Highlands, not sure what to expect. On the first day of teaching, I found the group to be very friendly, if unclear of what this commons and P2P stuff was all about. As we got started, one of the students interrupted me during the first presentation.

Uh oh, I thought to myself. As budding “social entrepreneurs”, I had expected them to be familiar with basic mainstream economics; I thought I’d find the ground primed for me to shoot down its misconceptions and vices. Shockingly, this was not the case. Some of the students were familiar with economics from prior interest and experience, but overall, they had focused on personal and group work rather than the realities and possibilities of the world beyond their immediate circle.

Over the following days the teaching proved a lot more challenging and involved than I had expected, but I wanted to make sure that the group understood everything.

“These are complex concepts, but I’m not going to dumb them down for you, because you are not dumb – you can get this”, I told them. And did they ever.

We soon found a rhythm, grasping the overall systems of the commons and P2P, cosmo-local production, etc. — not as something to rote memorize and parrot back, but by recognizing commoning as something commonplace in our interactions with the world, yet often made invisible.

During the second half of two of the sessions, I asked the students to prototype an Open Coop and a municipalist coalition five years into the future. If you are not familiar, Open Coops are locally grounded, yet transnationally networked cooperatives that are commons-generating, multi constituent, and with a focus on social and environmental work. If you want to find out more, read this article. Meanwhile, a municipalist coalition is an “instrumental” electoral vehicle through which diverse political actors, (Pirates, lefties, greens, occupiers, hackers, feminists, and those unaffiliated with political parties) can present themselves for election through bottom-up participative structures (find out more about municipalism and P2P politics here).

The remit for both exercises was to imagine the (successful) Open Coop or Municipal platform five years into the future. The groups would deliberate and prepare for a TED-style short presentation. In the case of Open Coops, they would explain how their projects would fit within the criteria described above. With P2P politics, they had to base their project on an existing city or town, taking local conditions into account but also allowing for transnational movement building with other locales.

I have done this exercise several times over the last few years with 30-60 year olds, mainly. What emerges is always exciting but, once the workshop is over, I don’t imagine most of the attendees going off to form their own Open Coops or Municipalist coalitions the next day. What happened at YIP was quite different. Not only had the group understood and internalised the logics of the Commons and Peer to Peer, but they flawlessly articulated exciting visions for commons-oriented markets and politics. The prototypes, which you can see in the videos below, were nothing short of staggering. They also felt realistic and doable. More importantly, the Yippies (no relation to Jerry Rubin and co… I think!) were genuinely excited about their ideas and looked forward to making them a reality in some form or another.

The videos were recorded on a whim and a cellphone cam, so the sound and image quality aren’t stellar, but the short presentations are focused and easy to follow.

Here is the video on Open Coops.

And here is the video on municipalist coalitions practising P2P politics.

On balance, it was a very satisfactory week, both for the students and myself. In a closing circle, they expressed an awakened interest in politics and economics, subjects which some of the students had previously found irrelevant or unsavoury. As one Yippie said, “I didn’t realise that what I disliked was capitalist economics, or neoliberal policies. I am now ready to explore the alternatives we’ve talked about this week”.

The experience at YIP has proven to be momentous for me, and I am now much more invested in bring Commons pedagogy to newer generations. They are decidedly not dumb. They can make this happen, but we need to do everything in our power to make sure they do. A toast: here’s to the Yippies and the futures they can co-create.

The Yippies have a crowdfund going to fund an internship to engage with global communities, biodynamic gardeners, alternative education, the arts, and social and agricultural initiatives. Please consider supporting them in this endeavour. Based on our conversations, I am certain they will take the opportunity to develop some of the prototypes shown in the videos while developing their understanding of the commons in practical ways. Thank you.