Some time ago I was out with Izzy, my youngest child. A bus went past with a huge advert for the animated film Sausage Party on the side of it. Thinking it was a run-of-the-mill cartoon, Izzy started pestering me to take her to see it. Needless to say, she’d missed the bit on the advert with the film’s age rating of 15 years, a rating set by the British Board of Film Classification (BBFC). 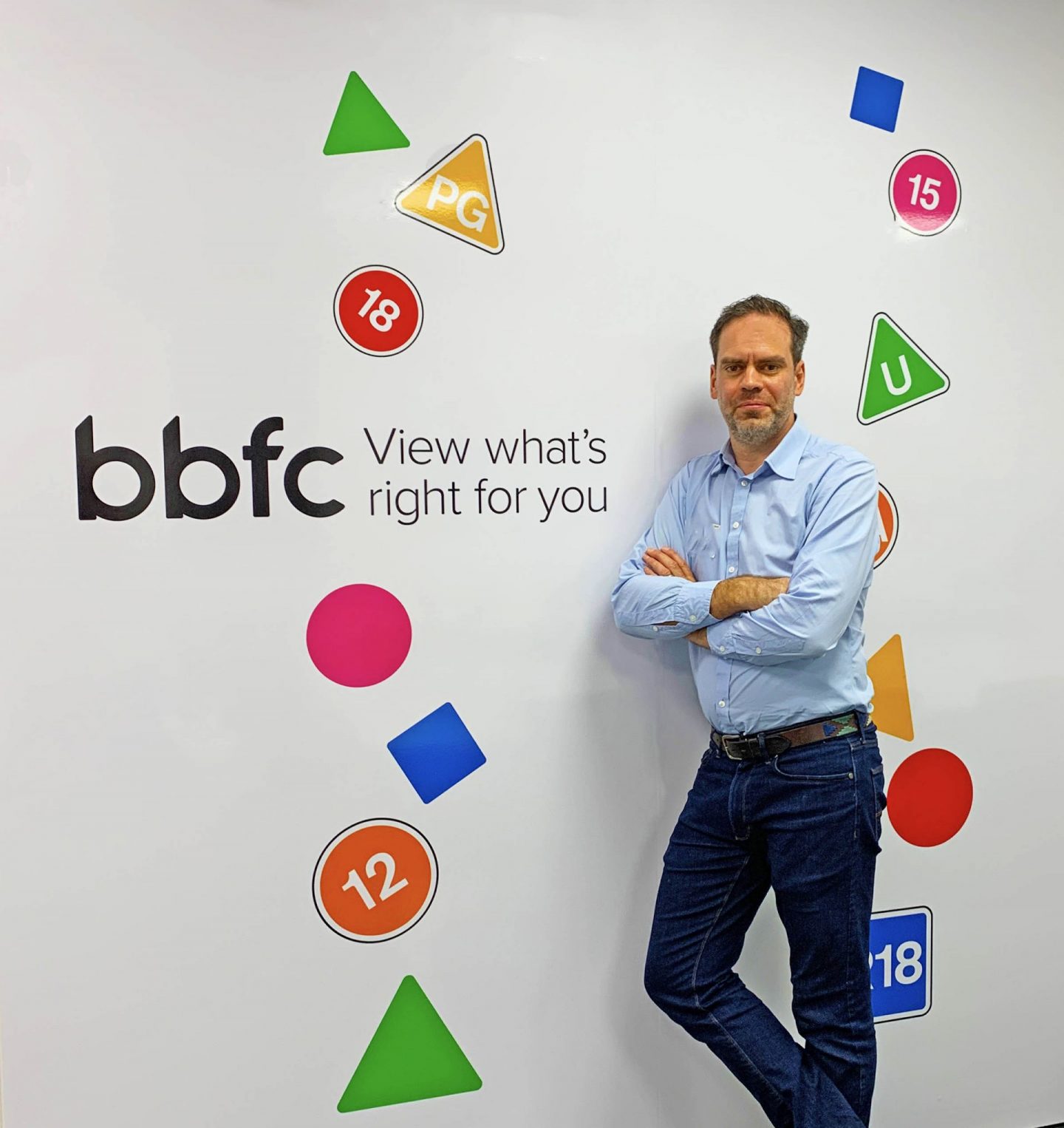 The BBFC age ratings and symbols have been updated. Here’s a guide to what parents need to know.

Needless to say, I didn’t take her to see the film and it’s just as well. I’ll quickly explain why.

To mark the fact the BBFC has introduced a new set of age rating symbols and guidelines, I attended a briefing at its London headquarters. For the first time, the age rating symbols have been designed for use by streaming media platforms such as Netflix.

During the briefing, there was some discussion of the film Sausage Party. It turns out the film was the subject of intense debate when the new age rating symbols were being put together.

With that little tale out the way, you’re probably wondering what the BBFC has been up to. Allow me to explain. 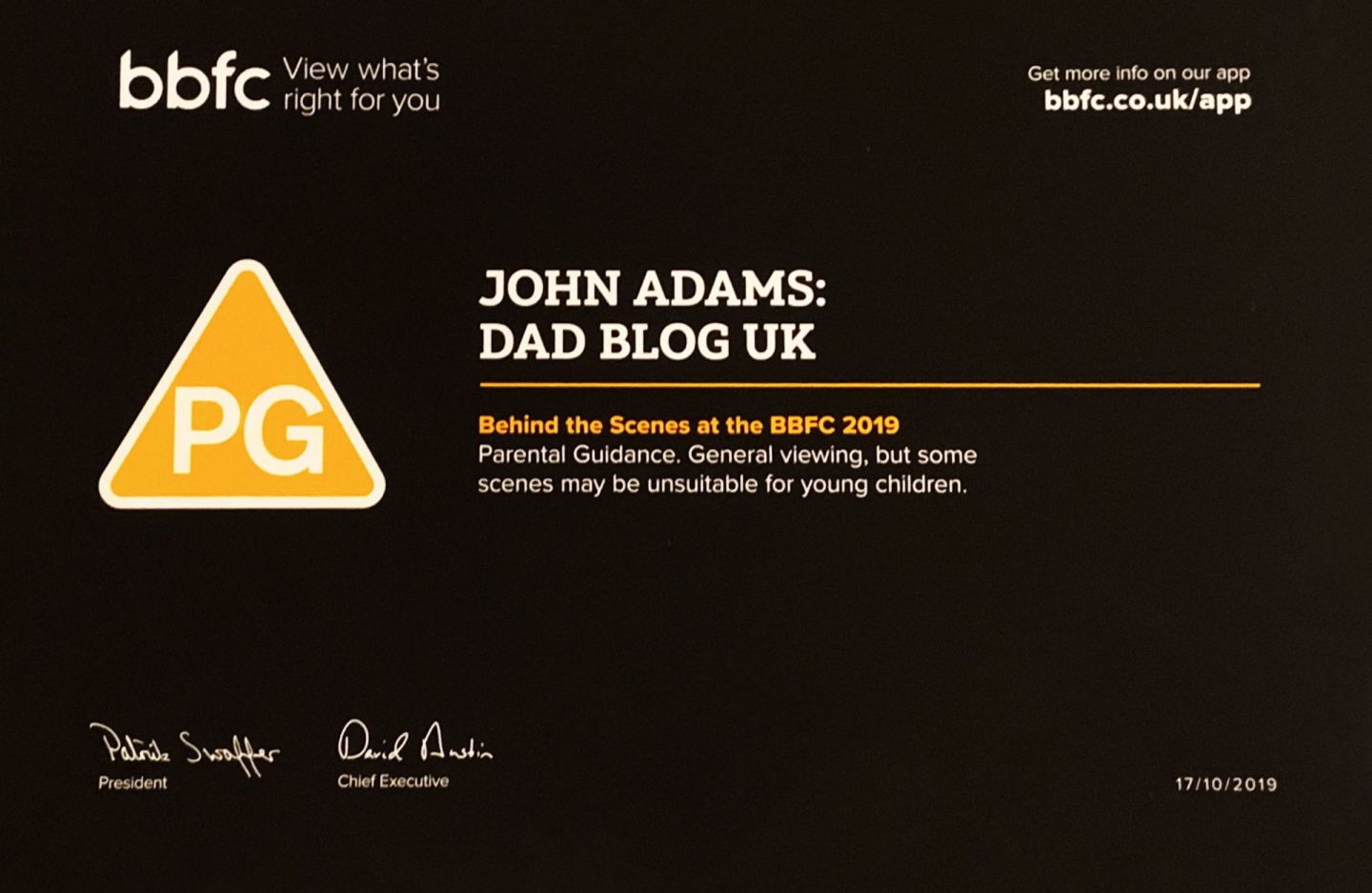 What is the BBFC and what does it do?

Firstly, a quick word about the BBFC. The organisation’s main aims are to protect children and vulnerable adults from harmful or unsuitable media content (even if it is a cartoon root vegetable engaging in fetishised sexual acts). It has a particular focus on helping parents make suitable decisions for their children.

The main considerations in any film it rates are:

The BBFC also considers sexual violence and the threat of sexual violence. According to the BBFC’s regular research (more about this below) this is an area where modern viewers are getting more conservative.

The other point to mention is context. This can have a major impact on a film’s age rating.

During the briefing, we were shown a scene from a LEGO movie where a LEGO character is decapitated. This was considered suitable for a U rating because it was a humorous film and featured toy characters. In comparison, a murder scene in the James Bond film Spectre, where a individual had their eyes gouged out and neck broken, was considered more suitable of an 15 age rating.

Every four to five years, the BBFC carries out research with 10,000 people to ensure its guidelines reflect what the general public want and expect. Based on the latest research, the age rating symbols and guidelines have been updated.

The results from the BBFC’s latest research are fascinating. You might think younger viewers are super-liberal. In fact, with the ever-increasing choice of media formats to watch, it transpires youngsters are crying out for more guidance.

Of the teenagers who took part in the BBFC’s research, 87% of 12-19 years olds recognised the need to make informed decisions about the content they are watching. Over half, 56%, want to know what material content will contain before they watch it and 32% said they see content they aren’t happy with on a weekly basis.

This all shows why age rating symbols are so important. It also proves us parents are often right when we stop young kids from watching films with a higher age rating (Dads, be warned the BBFC research shows you’re usually more liberal than mums!).

In line with the BBFC’s new guidance, Netflix is going to start using the BBFC’s age rating symbols from 31 October, 2019.  This is to help families and individuals decide what is right for them to view.

I feel this is a great move because viewing habits have changed. We are more likely to sit down and watch a film together at home than go to the cinema and Netflix’s more simply recognises this.

That said, what can you expect in each age category? You can find detailed information on the BBFC website. Parents are also advised to look at the ratings info that sits alongside the age category each film is given. This will highlight whether a film features bad language, violent behaviour, nudity and so on so parents and carers can make an informed choice as to whether a film is suitable. What follows is a guide to the various ratings.

U or Universal rated films

These films should be suitable for audiences aged four and over. Kissing might be portrayed and dangerous, anti-social and discriminatory behaviour is unlikely to appear unless clearly disapproved of.

A PG film should not “unsettle a child aged around eight or older.” Mild bad language may be tolerated but nothing aggressive or frequently used. Dangerous, anti-social and discriminatory behaviour would need to be disapproved of and there must be no glamorisation of realistic or accessible weapons such as knifes.

This is a little more complicated. No one under 12 may see a 12A film in a cinema unless accompanied by an adult (To help decide whether a film is suitable, the BBFC suggests parents and carers check the ratings info).

As you may expect, these films are more graphic. Moderate violence may be portrayed but with no emphasis on injuries or blood. Sexual activity may be briefly and discreetly portrayed and there may be moderate bad language. 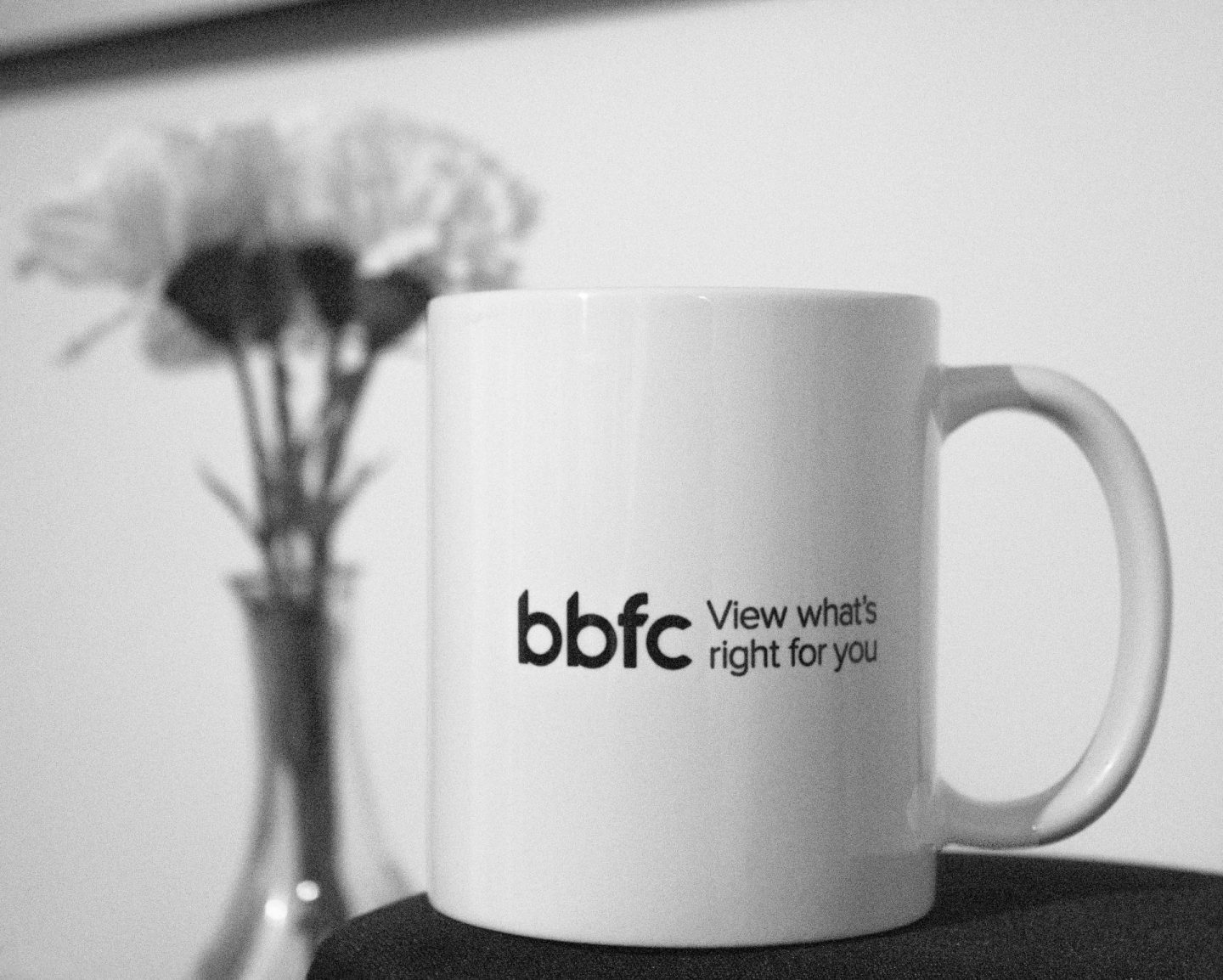 There’s a big step between 12 and 15 films. For films with this age rating, dangerous behaviour such as self-harming and asphyxiation may be portrayed but shouldn’t dwell on detail that can be copied. The work should not endorse discriminatory behaviour or language but such language is permitted. There are fewer constraints on nudity and sexual activity may be portrayed and there could be repeated and strong verbal references to sex. Films with this rating may also feature brief depictions of sexual violence and rape.

I hope that guide was useful for you. If you have any thoughts or questions about the BBFC’s symbols or guidance, please do leave a comment below.

Should your offspring ask about watching Sausage Party, just say no. Trust me, it’s really not suitable for youngsters at all.