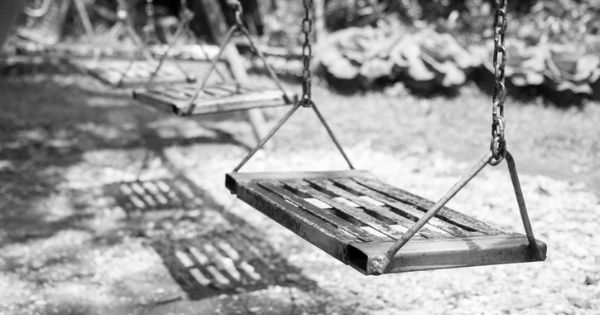 —
According to my mother, I had a wonderful childhood. I was not incarcerated, gang-raped, a drug addict or the victim of sex trafficking so she must have done something right. In her estimation, my childhood was better than most. I had food, was not homeless and received much affection. By comparison, I turned out pretty well according to her. What she fails to see, like what most fail to see when they look at me is that I am a beautiful disaster just waiting to unravel. The hidden traumas I have sustained being the offspring of two emotionally immature parents is disenfranchised grief, one that doesn’t easily lend itself to empathy and understanding. On the surface, I am this well-adjusted, educated, emotionally together man. But underneath this well-disguised lie, I am a wounded boy just waiting to break, waiting for someone to say it is ok for me to come undone.

Growing up my father wasn’t around. He left when I was three. Emotionally he checked out way before I was born. From the stories my mother told me about my father, he was a good man who got swept up in the wave of addiction, a casualty of his own unaddressed trauma I suspect. My mother told me that my father was a hard-working man who did his best to support his family. He was a passive provider, always handing over his paychecks to my mother while expecting to be pampered and adored like the strong Latino man he was raised to be. He was a simple man who just required the basics to be happy: food, sex, and family. According to my mother, these basics were given generously however these things were never enough as he too had his demons. My mother informed me that at a very young age my father was molested by a close family friend. Throughout their relationship, my mother felt that he never really dealt with that which she believed caused him to spiral into addiction.

Occasionally he would make guest appearances in and out of my life usually during critical periods when I was learning a new skill or achieving some developmental milestone. When I would confront him about his sporadic presence and inconsistent behavior, I was always made to feel like a bother, like my feelings were an intrusion to his belief that he was a good dad and that what he was doing was actually enough. In many ways, I felt forced to take care of his feelings and obligated to be pleasant all the time despite my feelings of resentment towards him. I felt like it was my duty to make sure that I did not make him feel guilty or else I would not see him for weeks, sometimes months at a time. Eventually, he stopped coming by altogether. With every missed visit, canceled plan or careless no-show, my anger grew and grew. I would try and express this during brief phone calls with him but my feelings were often short-circuited by my fear of making him feel bad. I learned that in order to see my father I had to deny how I felt or else he would not come to see me. I had to take care of his feelings just to get crumbs of his time, attention and love. In the long run, he left anyway so it didn’t matter. I learned that day never to trust men. This was my first taste of parental abandonment.

After my father abandoned both me and my sister, my mother was left to raise us single-handedly. She was all of maybe 23 when she was thrust into single-parenthood. She was not ready to be a mother. She did not have enough of herself as she was raised in a very strict and emotionally-deprived home herself. She was denied access to various life experiences necessary to come full circle in her personal development. In retrospect, my mother did not have a childhood and this is what might be responsible for her emotional immaturity and extended adolescence. My grandmother was not a very emotional or affectionate woman. She ruled the roost with an iron fist. She was a strong, no-nonsense kind of woman who often struggled to process emotion. She was not comfortable with it in herself so it was only natural that she would not be comfortable with it in her children. My grandmother was also sexually abused and had her own trauma history she struggled to negotiate and so she passed all of that down to her six children. My mother was the beneficiary of this trauma and how this manifested in her can be seen in her lack of consistent boundaries, over emotionality, numerous boundary violations and the discounting and violation of the rights and feelings of others.

Growing up with my mother was not easy. My mother struggled with alcohol and drug use which caused both my sister and me to be taken from our home and placed into Child Protective Custody. Growing up we were bounced from foster home to foster home as our mother struggled to put the pieces of her life back together. For a time we were taken in by my grandmother who was very strict and very religious. While she provided for our physical needs and spiritual needs, our emotional needs were often our responsibility. This emotional abandonment from both my mother and grandmother set the tone for the subsequent abandonment I was to experience at the hands of other traumatized partners and produced within me this inordinate sense of loneliness that I often tried to negotiate in very maladaptive ways.

After some time my mother regained custody of both my sister and I yet her drinking problems only got worse. I was afraid to tell anyone about what was going on as I was afraid I would be taken out of the home again so I operated under a code of silence, codependence, and denial. I learned that family business was nobody else’s business and what goes on in the home, stays in the home for fear of being taken out of the home.

Over the years, my mothers drinking escalated which resulted in physical abuse, emotional abuse, spiritual abuse, mental abuse, and financial abuse. The years were a wintery mix of love coupled with abuse. Over time this became normal to me. I began to think that love meant tolerating abuse. I began to feel like a hostage bound by toxic loyalty. The thing about being raised by an emotionally immature parent is oftentimes your feelings are second to theirs. You will feel like an accomplice to insanity. Your need for love, support, and nurturance take a back seat to their needs and often your feelings will be denied, minimized, trivialized and dismissed. Your awareness of the abuse you are sustaining is often denied and you are made to feel as though you are imagining things and not seeing things correctly. You began to question your intuition and deny your own reality making you susceptible to the manipulative tactics of toxic personality types.

This was the case with me as I attracted many traumatized partners into my relational sphere. In an effort to recreate and renegotiate my childhood traumas, I sought after people who were hurt, wounded, broken and damaged. I was always looking for ways to make my father stay by trying my best to be enough for partners who had their own trauma histories. I was always looking to be enough for my mother by trying to be everyone’s all even at the expense of who I really was. I became the beneficiary of my mother’s inherited trauma. In relationships, this trauma manifested as extreme passivity, anxiety, poor boundaries, fear of abandonment, inability to express anger, over responsibility for everyone’s feelings and an incomplete sense of my personal identity. For years I struggled with getting in touch with my own emotions causing me to constantly seek validation by way of people-pleasing.

Being raised by an emotionally immature parent feels like you are walking on a bed of nails in a room full of landmines. The uncertainty and unpredictability of experience, the inappropriate explosions, the lack of safety and security can all work to undermine your sense of identity. Being unable to trust and struggling with the emotional loneliness and lack of intimacy synonymous with toxic parenting can indeed create so many developmental delays and can stunt the growth of an adult child. This is why you see many adults living a second adolescence unable to fully grow up. They were thrust into early adulthood growing up and never had a chance to experience their childhoods.

As a child of an emotionally immature parent, I realize that in order to begin the healing process you must first let go of the illusion that you will have the parent of your dreams. You must accept the fact that your parents did the best they could with the information they had at the time and based on their own trauma histories, some parents are incapable of providing the love and nurturance that you need. They are emotional paraplegics who have an inability to move emotionally. You must move yourself. This involves loving yourself and being to yourself what you expect from a parent. You must then make a list of all the things a good parent does and all the things that you were lacking as a child of emotionally immature parents. Then this is when you begin your work by gifting yourself with those things. For me, I did not feel validated, respected, appreciated or listened to growing up. So given this fact I now make sure to always check in with myself and give myself space to hear my own heartbeat. I validate my own thoughts and feelings through journaling, writing, and penning poems. I respect myself by setting firm boundaries and I demonstrate my appreciation for myself by cooking myself elegantly crafted meals and hydrating myself with plenty of water. By engaging in these tasks I set the foundation of self-love necessary to begin to heal from my other than wonderful childhood, the one my mother tries to convince me I had, the one that I fight every day to heal from in order to reclaim my past.