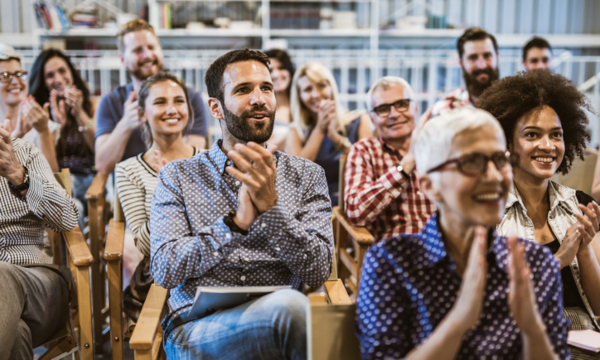 On September 10th, 2017, Cara Mund, a 23-year-old from Bismark, North Dakota bested 50 other contestants to win the Miss America crown. The Brown University graduate and aspiring law student and politician (she wants to be the first female governor of North Dakota) was the first winner from the state to win the national contest. While most of us were avidly following sporadic media updates about Hurricane Irma as well as engaging other normal routines of our lives, millions of us (according to Nielsen) tuned in to watch the pageant festivities.

Not long after her crowning, the internet was abuzz with information about the 97th Miss America. Her dancing prowess. Her internship with the Rockets. Her social activism and so on. Her response to pageant Judge Jess Cagle’s question and so on. For a few hours, Cara Mund became one of, if not the most talked-about millennial on the internet.

As someone who is a college professor, teaches others, conducts research, and asks questions for a living, I was not put off by this portion of the pageant.

To be sure, Ms. Mund was not the only contestant being subjected to intense online scrutiny. Considerable segments of social media were deeply immersed in the year’s question and answer (Q&A) segment. Each finalist was initially asked a light-hearted question designed to “break the ice” and reveal their sense of humor.

Across the political spectrum, many viewers were captivated by what they saw as the intensity of the questions. Some on the center/left saw the Q&A segment as provocative. Others, on the political and cultural right, saw it as the pageant caving into the specter of political correctness. Social media quickly picked up on the activity and traded comments back and forth.

Questions ranging from President Trump, Russian interference in our elections, climate change (Ms. Mund’s question), Confederate monuments, Charlottesville/White Supremacy, the dangers of football, and others. As someone who is a college professor, teaches others, conducts research, and asks questions for a living, I was not put off by this portion of the pageant. In fact, I saw it as one of the more provocative and refreshing segments of the contest.

Each of the finalists took on challenging, and arguably controversial questions in regards to issues and questions of the current day without hesitation. In fact, every young woman questioned provided a response that was direct, deft, sincere, and free of any stonewalling, pivoting, or nauseating diplomacy. Their genuine feelings were on display for all to see. To put it bluntly, they kept it real! No honest person regardless of political persuasion could argue that they witnessed any level of intellectual dishonesty among these young women.

These young women are adults and have signed up for this job. It is patronizing and myopic to act as if they need to be coddled as if they are children.

Interestingly, many on the political right made the charge that Miss America was shamelessly embracing the specter of political correctness. The fact that, traditionally speaking, many conservatives have often been among the most ardent supporters of this almost 100-year-old contest, have suddenly found the annual event as having been polluted by having its participants weigh in on serious topics that are relevant to the current environment we live in, is indeed dishonest at worst and surreal at best.

The fact is that the question and answer segment has been a part of the pageant for several decades. In fact, each contestant is subjected to a grueling, closed-door interview process with a panel of judges during their tenure in Atlantic City. It is often their performance at this stage of the competition that can determine if they will be seriously considered as a finalist.

Moreover, consider the fact that pageant officials have argued that Miss America is a public relations job. It would only be practical that any woman who wins the crown and represents the organization would be expected to be astute to the political, social, and cultural issues of the day as well as be adept enough to handle answers directed to them from the public sphere.
It is completely myopic to assume that all titleholders harbor a particular ideology or solely represent just one segment of the population.

These young women are adults and have signed up for this job. It is patronizing and myopic to act as if they need to be coddled as if they are children. It seems that for many conservatives, it was not the fact that questions were a part of the contest, but rather, it was the sort of questions that were asked and the responses that were given. Hypocrisy abounds.

Any rational person would note the reality is that Miss America contestants and subsequent winners are complex human beings. Despite wearing a tiara and traveling across the nation for a year promoting their causes, they have emotions like the rest of us. Some are liberal, others are conservative, middle of the road, deeply political, apolitical etc… It is completely myopic to assume that all titleholders harbor a particular ideology or solely represent just one segment of the population.

Some conservatives should realize that not every Miss America is going to be devoutly religious or necessarily be feverishly patriotic. Just as there are certain liberals/progressives who need to come to the realization that not every single woman who decides to participate in the Miss America Pageant or any pageant is a woman crippled with low self-esteem, limited intellect, entrenched with a hyper-intensive level of narcissism, lack of social conscience, is shallow, or being manipulated by a sexist culture.

It is probably safe to say that all of the nation’s Miss America winners have embodied characteristics that can be found in all of us. They are not monolithic. In short, they are human. Being human is to be multifaceted by its very nature.

This post was previously published on Medium.com and is republished here with permission from the author.

If you liked this essay, you’ll like the book by the same author, Elwood David Watson, Ph.D.: Talkin’ to YOU, Bro! (June 23, 2020) published by Lasting Impact Press, an imprint of Connection Victory Publishing Company.

If you believe in the work we are doing here at The Good Men Project and want a deeper connection with our community, please support our mission and join us as a Premium Member, today.