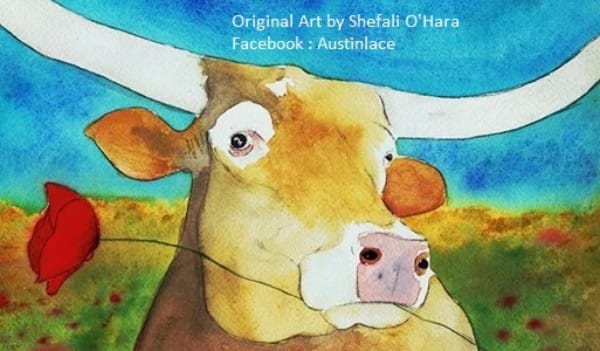 I once watched a video of a newly born calf being taken away from its mother. The terror of the tiny infant, the heart-rending cries of the mother… how can we as a society condone this? Yet it routinely happens in the dairy industry.

Cows need to have babies in order to produce milk. However, a nursing calf eats into the dairy industry’s profits. So babies are torn from their mothers, sometimes within hours of birth. These young calves are desperate for affection, yet are shoved away by callous people and isolated into tiny steel cages for the duration of their short, miserable lives.

This reality is what eventually drove me to become vegan.

At one point I thought being vegetarian was humane, but understanding what the dairy industry does to calves changed my mind.

Yet there came a point when I was told I needed animal protein. As a type IV cancer survivor, I had worked with a nutritionist to optimize my diet. A vegan diet can be a great anti-cancer regimen, and it’s much better than the standard American diet (SAD) but apparently it’s not always sufficient.

I had to consider the comparative morality of my options.

My husband found a local organic farm. We visited and saw how the cows were treated. The calves stayed with their mothers until they were weaned. At that point, some were slaughtered for “rose beef”.

Yet while they were alive, these calves lived out their days in the sunshine and fresh air. We saw them frolic together and experience their mother’s love. The pastures they enjoyed were filled with wildflowers in the spring. There were wooded areas to provide shade and a large pond as well as other water features. At night, the cows were kept in a large, comfortable barn.

I had to ask myself — was I OK with this? Could I drink the milk from this farm, knowing that some of the calves would ultimately die?

As a cancer survivor, I had faced death on a personal level and dealt with my own mortality. I realized — it wasn’t death I feared so much as the agony of dying. Similarly, while I didn’t want animals to die, I realized that my larger issue was how much they suffer before death.

Animals are thinking, feeling beings and factory farms torture them.

As another example, consider laying hens. They live in agony, being forced to produce more than their bodies are designed to, not being allowed seasonal breaks that they would get in nature. Factory farm eggs have paper-thin shells and pale yolks.

By contrast, the hens on the organic farm ate bugs in pasture and had nests in a spacious hen house. They had plenty of room to roam and they got to exercise their natural behaviors.

Consequently, their eggs had extremely thick shells. They were hard to crack, and the yolks were dark, almost orange.

The hens were allowed to follow their natural cycles — the organic farm warned that they wouldn’t lay much in the winter. So customers were told to “stock up” in the summer. They could purchase extra eggs and blend up the liquid to keep in the freezer.

Customers were made responsible to plan for times of scarcity instead of the hens being forced to lay for human convenience. The result was that the birds were not stressed out. They wandered up to people and enjoyed being cuddled by the farmer’s children.

All things considered, I didn’t have issues eating the eggs or drinking the milk from this organic farm. Since then I have also consumed their pastured meat. 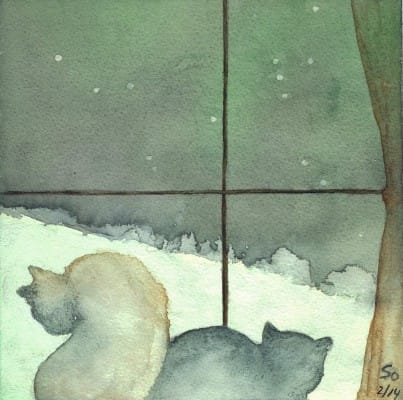 I realize some people will be angry with me because of this, but I’ve got pets. I feed my cats meat because they are obligate carnivores and I want them to stay healthy.

In nature, animals kill each other. Death is part of the circle of life. Animals are born and they die. That isn’t an issue for me. Innocent suffering is.

Mahatma Gandhi once said, “The greatness of a nation can be judged by the way its animals are treated.” If that is true, is America a great nation?

Should we all be vegan? Ideally, it would be great. Realistically, however, many people will not consider going vegan but will pay more for humanely raised meat, particularly when you point out that it’s also healthier.

The question then becomes — is the perfect the enemy of the good? Would it be better to have people pay more for meat from animals that are raised on pasture, with access to sunshine and fresh air, instead of being locked in cages? Or should we hold out for a vegan society?