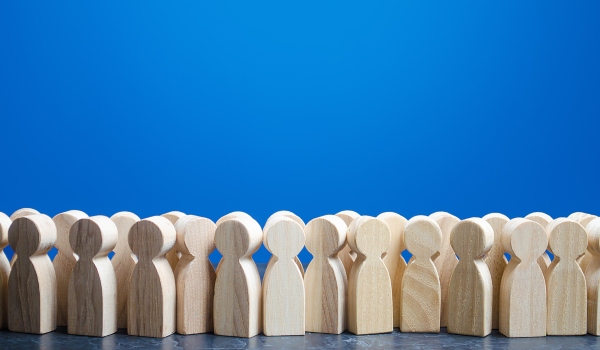 In the 2014 elections, eligible young voters in Indonesia comprised almost 30% of national voters. The numbers mean voters aged 17 to 25 will be a decisive factor in next year’s elections.

However, sources revealing young voters’ political preferences are scarce. A 2014 report suggests young Indonesians are politically apathetic and less nationalistic than other demographics, with more than 53% of those who participated in the 2014 pre-election survey not participating in the final vote.

Indonesian millennials have a different political experience compared to other age groups. This generation grew up in a more open, post-Reformasi landscape, with little memory of the Old and New Order regimes. They access the Internet to obtain information and actively seek change.

As a political scientist with an interest in electoral politics, I investigated the electoral preferences of Indonesian youth by administering an online survey in late 2017.

I found most young people are very open to the values of gender equality, with independent political values and ideological or familial ties not strongly influencing their decision making.

They also tended to vote for more established political parties instead of newer groups, but preferred presidential candidates to have a civilian background rather than a military one.

A total of 235 respondents participated in this research. I disseminated the invitation through contacts with students and lecturers at various universities in Indonesia.

When answering the question “If tomorrow is election day, I will vote for which political party?”, a third of respondents answered PDI-Perjuangan (the Indonesian Democratic Party of Struggle). This party won the most votes in the last general election with just under 34% of the electorate (virtually the same proportion as the survey).

Other parties gaining substantial support from young voters are Gerindra (15.81%) and The Democratic Party (12.39%). Interestingly, just over 13% of respondents also abstained. This indicates Indonesian youth may become “swing voters” in next year’s election.

So, what are the factors that young voters consider in choosing a party? The study reveals some interesting findings. As many as 61% of respondents claimed to vote for a political party based on its leader. Conversely, only 13% strongly disagreed with this.

Political parties’ ideology did not dominate the consideration of young Indonesian voters, with a nearly equal split between respondents who agreed or disagreed with choosing political parties based on ideologies of Islamism or nationalism. This partly supports Tom Pepinsky’s 2014 study which alleges that Indonesian Islamic parties can’t obtain a majority of votes, unlike those in Tunisia and Egypt.

When it comes to the perception of young voters on women’s political leadership, 59% of respondents disagreed that men are more qualified than women to serve as heads of political parties, with 31% of all respondents strongly disagreeing.

This is the opposite of earlier World Value Surveys in 1999 and 2005, in which both times nearly 60% of Indonesians said that men were better political leaders than women.

Just 58% of respondents claimed to support a presidential candidate nominated by the same party they chose in the legislative elections. In other words, young Indonesian voters still see political parties as one of the most important factors in determining the presidential election. It suggests that electing representatives and a president interact and it is very important to further explore whether these preferences change if a coalition of parties nominate a presidential candidate.

The finding isn’t surprising and suggests civilian candidates have a greater chance of winning in Indonesia’s current democracy, reflecting the success of Joko Widodo in 2014, when he defeated former military figure Prabowo Subianto.

When choosing who to vote for, most Indonesian young voters involved in this survey claim not to be influenced by parents nor siblings.

Almost 70% of respondents chose to disagree or strongly disagree with choosing the same legislative and presidential candidates as their family. 35% strongly disagree, with strong agreement coming in a little bit over 3%. These results suggest the younger generation is self-sufficient and not wanting to follow their immediate circles of influence.

A similar sentiment with a sharper contrast prevails when examining the impact of friendship on the decision of whom to vote for. Forty-one percent strongly disagreed with the notion of friends influencing their decision, while just under 2% of voters strongly agreed.

This survey of young voters in Indonesia shows some important findings which can be useful as a reference for parties to develop their strategies should they want to get the votes of 30% of the nation’s constituents.

The academic article on this research can be accessed here.