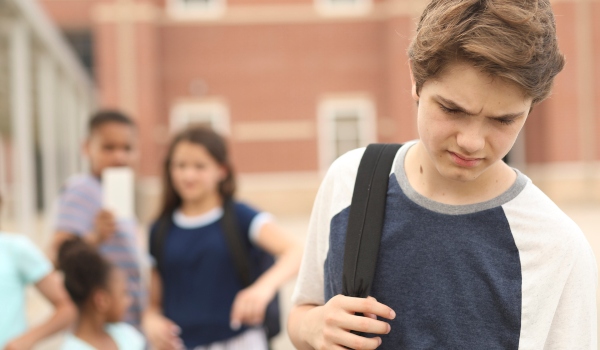 Dharun Ravi spent spent weeks gossiping with his friends about the sexual orientation of his freshman roommate at Rutgers University in New Brunswick, New Jersey. Initially, he texted and used social media.

His roommate, Tyler Clementi, eventually learned that Ravi had used a web-cam to secretly film his intimate moments with another man. On Sept. 22, 2010, Clementi jumped to his death from the George Washington Bridge.

In January 2011, the state responded by passing the Anti-Bullying Bill of Rights. While all 50 states have passed anti-bullying laws in the past decade, mainly to address growing concerns over cyberbullying, New Jersey’s is among the strongest.

I’m an instructor for New York state’s anti-bullying training programs for public school staff, providing the six hours of required training mandated by the state’s law, which was implemented in 2012. I also consult with school counselors to create programs and events designed to prevent bullying and improve school culture.

I have trained more than 3,000 teachers, counselors, administrators and other educators to identify and intervene when bullying occurs. In my work, I can see that although not everyone remembers Clementi’s tragic death, it had lasting consequences.

After six years of intense and complicated litigation, Ravi was convicted of attempting to invade Clementi’s privacy, but the state dropped 14 other charges against him. In 2010, what he and his friends did wasn’t legally considered “bullying” – aggressive behavior that usually is repeated and intended to harass, threaten or intimidate someone.

In the decade since Clementi’s death, the public’s understanding of what constitutes bullying has changed, and not just on college campuses. The definition of the word itself has broadened to include behaviors that may not be repeated or even intended to be hurtful.

Now, under most state anti-bullying laws governing public schools a single incident could be reported as bullying. And specific personal characteristics have become protected in much of the country, including the 21 states that explicitly prohibit bullying on the bases of sexual orientation and gender identity.

Even incidents of unintentional or even unconscious comments or actions that cause harm, commonly called “microagressions,” are now increasingly being recognized in many states as bullying.

These policy changes have occurred as the percentage of Americans who identify as LGBTQ has steadily risen. The Gallup polling organization estimates that 4.5% of Americans are lesbian, gay, bisexual or transgender but other research suggests that the share of teens who are LGBTQ is much higher than that.

What’s more, some 3% of high school freshmen, sophomores and juniors are identifying as transgender, “gender non-conforming” or “genderqueer,” a team of University of Minnesota researchers have estimated.

A growing number of students now use a galaxy of terminology under the umbrella of “transgender” – a term for anyone who doesn’t self-identify as the sex they were assigned at birth.

According to the 2017 National School Climate Survey, more than half of LGBTQ youth experienced verbal harassment and about a quarter were physically bullied. Almost half of LGBTQ youth generally felt unsafe in their schools due to their gender expression.

Notably, nearly two-thirds of the transgender teens who took part in the University of Minnesota study reported that they had experienced suicidal thoughts – triple the rate for their peers – at a time when youth suicide attempts are rising.

A quarter of children between the ages of 12 and 14 who complete suicide are LGBTQ, according to a study by Geoffrey Ream, a social work associate professor at Adelphi University.

Being indirect but dangerous

Feeling unsafe at school is not only a product of name-calling, slurs or getting pushed in the hallway. It’s also related to implicit bias and microaggressions against LGBTQ students. Implicit bias refers to negative beliefs about a group derived from attitudes or stereotypes that occur largely outside of conscious awareness and control.

The federal definition of bullying acknowledges that there are two bullying modes: direct and indirect .

The direct kind occurs in person or through emails and texts. It can include taunting, name-calling or harassing messages on social media. As many as 1 in 3 U.S. students say they have experienced this form of bullying at school, most commonly in middle school.

The indirect variety happens out of sight. Like in Tyler Clementi’s case, it can occur through the spreading of rumors or gossip and is intended to harm someone’s reputation. A good example would be a series of tweets, meant to belittle someone or damage their reputation but not sent directly to them.

But despite changes in the law, including increased protections for LGBTQ students in public schools, bullying is still a problem between pre-K and high school – as well as in college. In my experience, schools fail to do enough about bullying when staff members frown upon intolerant behavior without addressing it head on.

Adults who fail to take action when they witness bullying, or who even model intolerant behaviors themselves, send signals to their students without even realizing it. When that happens, they can end up making a school’s bullying problems even worse by condoning discrimination and creating a culture of intolerance.

It is clear to me that the teachers and counselors I train need additional guidance to fully support their LGBTQ students. For example, many of these school employees don’t understand the differences between sex, gender and sexual orientation.

Traditionally the term sex is a label that refers to biological traits including sex organs and chromosomes. It is assigned at birth, by a doctor, and goes on your birth certificate. Gender refers to characteristics that differentiate masculinity from femininity and the degree to which a person displays these traits. Sexual orientation refers to who you are attracted to and have intimate relationships with.

But laws like New Jersey’s Anti-Bullying Bill of Rights require public schools to respond with appropriate interventions, including consequences for the students who bullied.

And, unfortunately, many of the counselors and teachers I’ve trained don’t seem to recognize the less obvious forms of bullying behaviors. A good amount of the six hours I have with them is focused on identifying and addressing direct bullying.

It would take a lot more time to truly get them up to speed. Unless school administrators, teachers, and counselors start to deal with the underlying causes of the bullying of LGBTQ students, I fear that preventing tragedies like the one that occurred in a Rutgers University dorm will never be possible.

[ Get the best of The Conversation, every weekend. Sign up for our weekly newsletter. ]