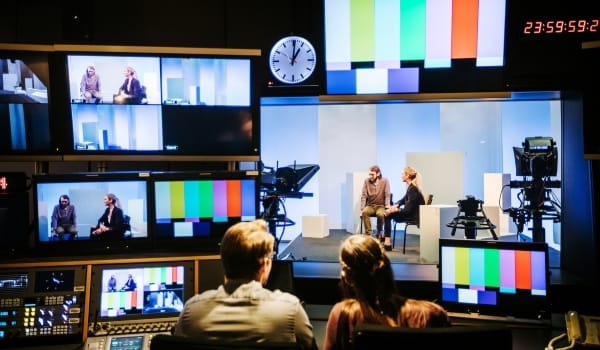 —
The video produced by commercial television networks is usually regarded as strictly proprietary — something to be tightly controlled in order to eke out maximum revenue from it. So why has Al Jazeera, the independent Arab news network, announced that its video footage of the Israeli bombardment of Gaza would be available for free, under a Creative Commons license?

Because Al Jazeera realizes that in the emerging world of decentralized media, it is important to get one’s viewpoints circulating as widely as possible. Since copyrights can inhibit video distribution, and since most U.S. cable systems have declined to carry Al Jazeera, the network realizes that “freeing its content” is the best way to reach a wider audience.

Al Jazeera is using the least restrictive Creative Commons license — one that requires only attribution of the source — for its news coverage. This means that filmmakers, bloggers and even rival networks can re-use the footage for free, without advance permission, so long as they credit Al Jazeera. This helps boost the circulation of the network’s video, expose more global viewers to the suffering in Gaza, and bolsters Al Jazeera’s brand recognition.

Whatever one thinks of Al Jazeera’s editorial perspective, the network is probably correct that it is the only international broadcaster with a presence in Gaza. It claims six reporters, and its footage and interviews surely add to the mix of what is known about the conflict.

This provoked a dustup on the Creative Commons blog. One commenter asked “why does the CC need to take sides by declaring on its web site that this content is ‘valuable’?” This prompted another person to reply, “Having this footage available this way means that those commenters who believe it is ‘inflammatory political propaganda disguised as “reporting” ’ can challenge what Al Jazeera is saying and showing. It would be good if western television news outlets were as willing to allow that level of scrutiny of and access to their broadcast footage.”

Al Jazeera has been a clear pacesetter, relative to western media, in using new media. As the New York Times reports, the network “currently streams its broadcasts in a variety of formats and has a dedicated channel on YouTube with more than 6,800 videos.” The Times continues:

Al Jazeera said that since the war started the number of people watching its broadcasts via the Livestation service has increased by over 500 percent, and the views of videos on its YouTube channel have increased by more than 150 percent.

Also, Al Jazeera has created a Twitter feed on the “war on Gaza,” which provides frequent short messages that refer the public to new material that can be viewed online. During the weekend, there were more than 4,600 followers, not including the many more who view those short messages, called “tweets,” online. The Twitter feeds are also streamed onto Al Jazeera’s English Web site.

The Times quoted Mohamed Nanabhay, who heads Al Jazeera’s new media department: “Part of our mission, our mandate, is to get our news out. We don’t have the direct commercial pressures that others have. If we can make some money that is great.”

The Al Jazeera example suggests why the commercial media will have trouble if they don’t relax their control over copyrighted content: non-commercial competitors will win the competition for hearts and minds — and eventually, revenue. Bloggers with more compelling or credible content will begin to reach more people than commercial networks because the latter will be fixated on making money through exploitation of their copyright ownership rather than through viral dissemination.

Apart from the commercial motives, journalism and democracy surely benefit from the free flow of news. As Joi Ito, CEO of Creative Commons, put it in a blog post:

There is a famous moment in video journalism when the Gennifer Flowers scandal was breaking. The heads of the big news networks at the time decided not to run the story. They controlled how and when news broke. However, CNN had started distributing their full news feeds to local news stations allowing local news to edit their own news. Some local networks decided to run the story that they found in the unedited news feeds from CNN and the next day all of the networks opened with the story. See Steven Johnson’s Emergence for a good account of this episode. I think that news networks making their footage available to the public is the next step in this decentralization and the participation of the public in the global dialog.

This post was previously published on bollier.org and is republished here under a Creative Commons license.