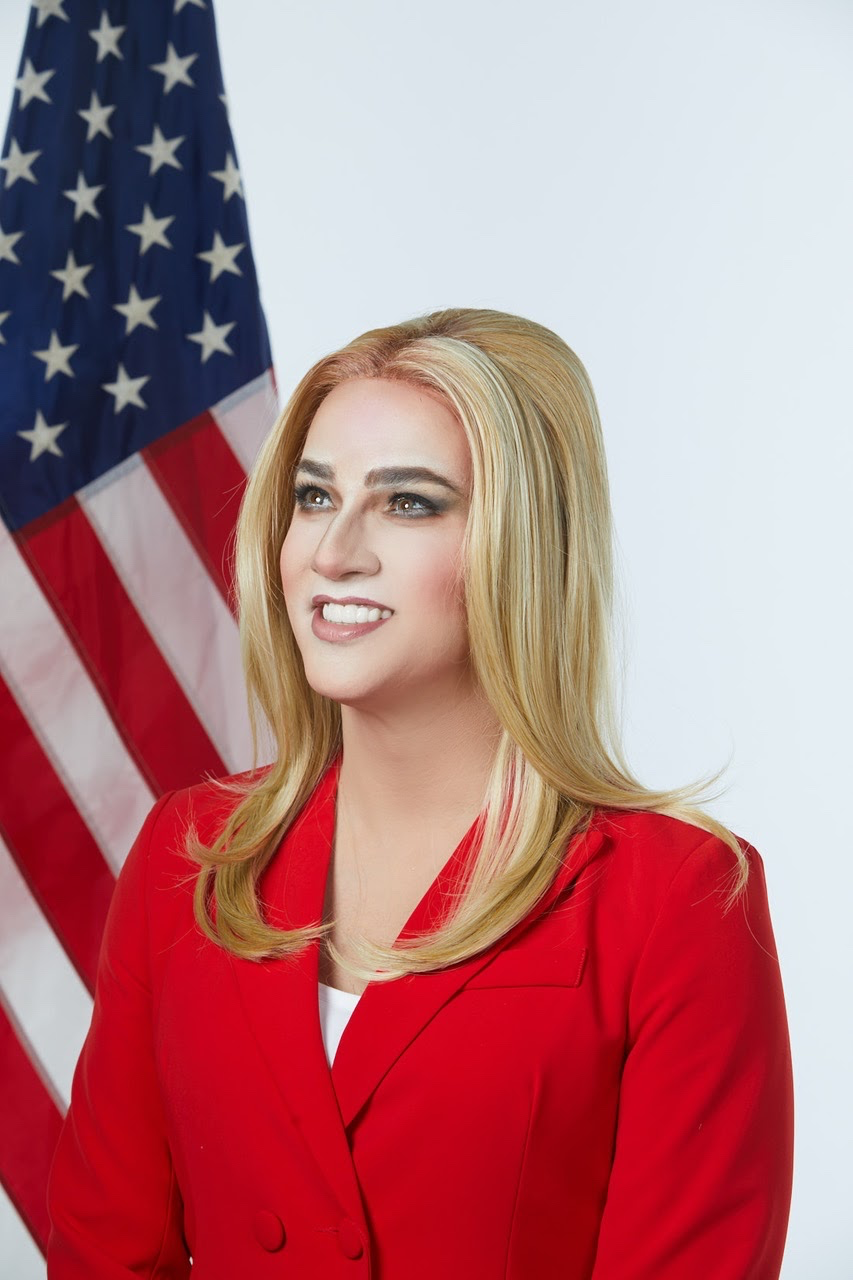 Ryan Raftery returns to Joe’s Pub for his fifth consecutive run, premiering his new celebrity bio-musical comedy IVANKA 2020. A wild, irreverent mash-up of the classic film The Manchurian Candidate and the animated classic Anastasia, Raftery’s latest piece is a satirical commentary on what is arguably the most fascinating political landscape the United States has seen in decades.

Raftery, called a “twisted genius” by The New York Times and “a one-man musical juggernaut” by the New York Daily News, tells a tale that begins in turn-of-the-century Russia, where a young girl named Anastasia receives a jewel-encrusted whistle as a gift from her doting grandmother.

Unbeknownst to all within the golden palace, a courtier by the name of Rasputin has placed a curse on the whistle, allowing him to control the mind of the young girl, bringing about the sabotage needed to destroy the powerful family and bring about the impending Russian Revolution.

Cut to almost a century later, where Russian government officials have discovered the whistle and its powers and thereby set out to interfere with yet another powerful political family. This time, it will be a different favored child in a different golden palace, and her name is…Ivanka. And, that’s just the prologue!

We live in an immensely polarized society right now, with Americans being forced to choose one of two sides,” says Raftery. “I was fascinated by the First Daughter’s dichotomous public image and that is where the idea came that I wanted to play her with two personalities.

Ivanka’s mind being partially controlled by a foreign power through enchantment plays into both of the chosen classic films that inspired my narrative, and allow me to comment on this fascinating moment in time in the comedic way which people have come to associate with my celebrity bio-musicals.

The stageplay and parody lyrics are written and performed by Raftery, set to songs by artists as varied as Beyoncé, Shania Twain, and Lady Gaga and some surprise hits from the Disney princess canon.

Ryan Raftery has appeared on television in Ugly Betty, What I Like About You, Malcolm in the Middle and, most memorably, on Law and Order: SVU where he warmed hearts all across America as Dennis Faber, the lovable Amish teenager with measles.

He has written 10 shows, including solo shows that included “Ryan Raftery & Friends: A Solo Act,” “Ryan Raftery’s It Gets Worse,” and “Ryan Raftery is Black and Better Than Ever!” His celebrity bio-musicals based on the lives of Anna Wintour, Andy Cohen, Martha Stewart, and Calvin Klein have sold out from coast to coast and have garnered praise in The New York Times, The Wall Street Journal, People Magazine and many others.

NOTE There is a $12 food / two (2) drink minimum per person per show, unless otherwise noted.

a program of The Public Theater and named for its founder Joseph Papp, opened in 1998 and plays a vital role in The Public’s mission of supporting young artists while providing established artists with an intimate space to perform and develop new work.

With its intimate atmosphere and superior acoustics, Joe’s Pub presents talent from all over the world as part of The Public’s programming downtown at its Astor Place home, hosting approximately 800 shows and serving over 100,000 audience members annually. Support for New York Voices provided by the National Endowment of the Arts.