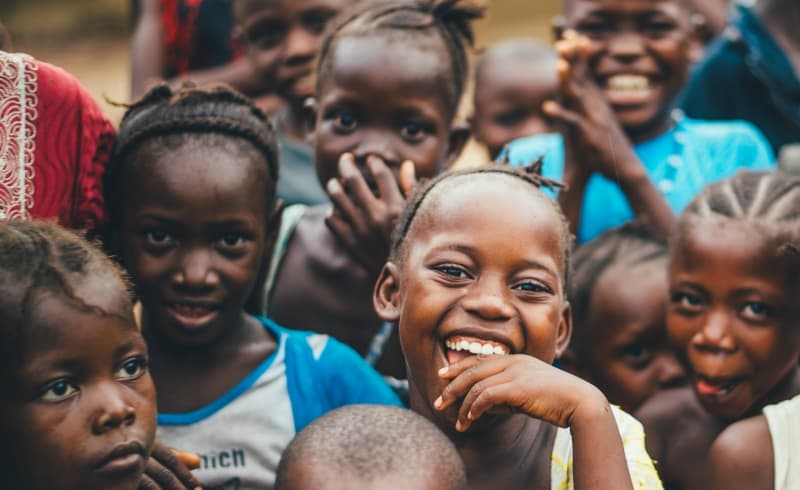 Restoration in Africa will be a topic of discussion at the Global Landscapes Forum Accra, 29–30 October. Learn how to join here.

It is 7 a.m. when we leave the city of Kisangani, the third-largest urban center in the Democratic Republic of the Congo (DRC) set in the heart of the Congo Basin. The National Road 4, one of the best-kept arteries in the area, is already busy with hundreds of motorcycles and bicycles laden with bundles of goods to meet the city’s sprawling demand.

Yet as we make our way against the traffic, I notice that most of the loads are charcoal, locally known as Makala. DRC has one of the lowest electrification rates in the world: 19 percent in urban centers and only 1 percent in rural areas. Therefore, households rely on wood fuel – charcoal or firewood – for cooking and other domestic energy needs. But due to fast population growth and rapid urbanization, energy demand has become one of the country’s main drivers of forest degradation.

It takes us a couple of hours to travel the 40 or so kilometers to Litoy, a small village of around 460 people just past the outskirts of the city. This community once lived off the resources provided by the local forest, but as we approach the village, we witness a grim reality: the forest is nowhere to be seen.

I accompany a local organization called OCEAN (Organisation congolaise des écologistes et Amis de la nature), which was created in 1994 in response to the pressing environmental challenges caused by the influx of Rwandese refugees in the area around Kisangani. OCEAN’s work has since expanded and diversified, and they now carry out a wide range of projects across the country.

Florent Kay, OCEAN’s head of programs, explains that the road to Litoy was first built by a Lebanese logging company in the late 1990s. At that time the area was inhabited by only a few families of natives. However, industrial logging created new opportunities, attracting settlers from afar. The company exploited the commercially valuable trees for timber production; with the trees that remained, the villagers began producing charcoal to trade in the city of Kisangani, which they could reach via the new road built by the logging company.

Now, after two decades of unsustainable logging, few trees remain. The logging company has moved on to another forest area, and the locals have cleared the remaining forest for agriculture. Due to poor farming techniques, the soil has lost its nutrients. “Look around,” says Kay. “You can’t see any fields. That’s because they now have to farm very far away.”

Furthermore, because of forest loss, local climate patterns have been disrupted. “The rain season has changed so much that we no longer know when to plant,” says Alphonse Mbumbu, the village chief. “We have also lost the protection of the forest. These days, winds are so strong that they threaten our crops.”

Starting with the seeds

To address these issues, OCEAN and the Center for International Forestry Research (CIFOR) are working to restore the surrounding degraded lands and ensure that the people of Litoy continue to have ways to survive off their local natural resources.

For this purpose, OCEAN and a newly established local committee have built a nursery to grow acacia trees and pentaclethra, a fast-growing native species that fertilize the soil for crop growing and can be harvested for energy production. As we tour the small wooden structure, Kay explains that the seedlings growing within will be planted to rehabilitate seven hectares of land to produce charcoal for Litoy locals to trade.

“This might sound like a small initiative, but it entails a huge change of mindset,” explains Dido Botoko, responsible for OCEAN’s forest management unit. “Local communities are used to exploiting a forest for Makala, then practice shifting cultivation, and when the land is degraded, they move on. They do not ever consider replanting trees.”

“We have to do a lot of work to do with the community, to create awareness on the importance of sustainably managing forests,” adds Kay. “But as the effects of land degradation are starting to show, there is a growing interest in doing something”.

Another major challenge is a long-term commitment, according to Botoko. The trees currently in the nursery will take at least six years before they can be harvested to produce woodfuel. “We need to find the way for locals to remain engaged, take care of the trees, and really believe that this is an investment in their future”.

A drop in the OCEAN

As part of the African Forest Restoration Initiative (AFR100), the DRC has pledged to restore 8 million hectares of degraded land by 2030. This is an ambitious goal that needs continued support from the country’s different levels of government, international organizations and the private sector. But most importantly, it will need the participation of local actors, from farmers and herders to local leaders, says Kay.

“Big goals start local,” concludes Botoko as we leave Litoy to head back to the city. “To restore the country, we must start planting trees one village at a time”.

This project receives funding from the European Union.

Previously published on News.globallandscapesforum.org and is republished here under a Creative Commons license.