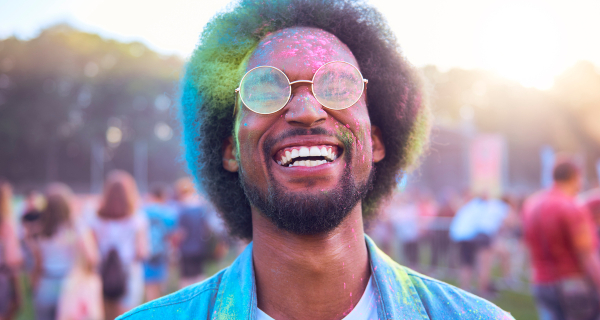 I have a pet peeve. One I rarely bring up since I prefer to grin and bear it, rather than to make a big issue out of it.

Tired of Being Judged

Lately I’ve heard it said one too many times though, which means I need to deal with it. And quite honestly, it’s rude.

I’m tired of hearing I don’t know how to have fun or that I’m no fun because I’m an introvert.

Can you imagine if I began to levy a similar kind of criticism about another person’s inherent qualities? What if I said, “You know, you really hamper our discussions with your average IQ?” Or, how about, “I find your limited education to be a problem.”

What gives some of us the license to say such a remark?

I’ve noticed it’s not only permissible, but even cool to dump on certain segments of the population. That includes overweight people, some religious groups, certain political groups, and then of course, introverts.

Quite honestly? Prejudice is prejudice. It doesn’t matter if it’s about race, religion, gender, or even personality traits. It’s wrong.

Why a Bad Rap for Introversion?

I’m not for sure why introversion has gotten such a bad rap.

It was first popularized by the psychiatrist Carl Jung as a way to describe one’s attitude or approach to the social aspects of life. Dr. Jung believed introverts tended to have an internal focus (introspective thinkers) whereas extroverts were more invested in the world around them. That definition, however, has since been discarded.

But over the years, the misconceptions about the nature of introversion and extroversion have grown. For example, introverts are not necessarily more sensitive, shy, anxious, loners, or deep thinkers. Scott Barry Kaufman, in Scientific American (2014), believes that most of the attributes used to describe introverts are not defining introversion, but actually are personality descriptors that fall into the “intellect/imagination domain.”

It has to do with how each of our brains handles a specific neurotransmitter, dopamine, which is instrumental in activating the brain’s reward center. Introverts have a different level of sensitivity to this type of internal reward system. As a result, extroverts are more likely to seek out high reward situations, whereas introvert need less of such experiences. In fact, the same type of stimulation an extrovert may find exciting is more likely to annoy or tire an introvert. It’s not to say extroverts never get drained by social situations, it just takes longer for that to happen.

This main biochemical difference causes those on the introverted end of the spectrum to be less interested in seeking out situations and experiences that activate the brain’s reward system. As a result, they need less stimulation to be content, has less of a need for multiple relationships, are more reserved in showing emotions, and deal with solitude better.

We All Are on a Continuum

And here’s another interesting tidbit, introversion and extroversion are just bookends of the same continuum. We all fall somewhere in between these two poles. Its commonly assumed introverts make up only a minority of the population, but a recent US survey found that the ratio between these two personality traits to be pretty evenly split fifty-fifty.

What then makes it socially acceptable to criticize introverts?

I suspect it’s been okay to poke fun or discriminate against introversion because it is still poorly understood. And most of us have been wrongly categorizing who qualifies for membership in the introvert club.

So, the next time I hear what a party pooper I am, I will remember that the person leveling this complaint probably needs more internal stimulation that I do. They also are misinformed about who is and isn’t capable of being fun, since both groups are able to enjoy similar things, just in differing amounts.

Part of the Same Team

It’s interesting how we seem to forget what makes each of us uniquely ourselves includes various strengths and weaknesses. There is no one perfect personality style. The truth is we need each other. And, it is only when we work together as a team that special things happen.