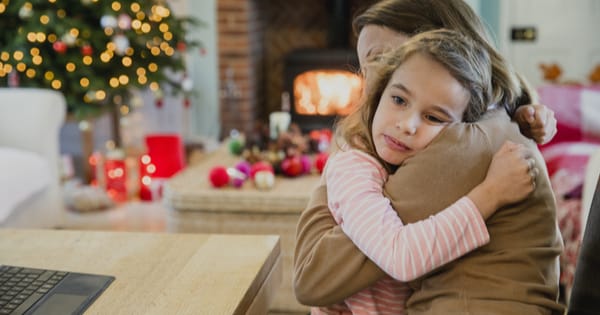 I’m five foot three and over ninety kilograms and I purchased a tight jumpsuit through Wish once. That my friends, was a terrible internet shopping idea, only ever destined for a rude shock and a crash landing at destination camel toe. If memory serves correctly, I actually split the garments seams trying to un-strangle myself by way of extracting my she bits from the material bulges.

The truth is, most people have a tale of internet shopping gone awry in particular at this time of year, when consumerism is up and morale and time for expeditions to buy kk gifts can be proportionally low. However, when an impressionable young girl becomes an inconsolable victim right at Christmas, the Aussie spirit compels us to act.

Imagine this for a moment. You are a young girl who has saved all your hard-earned pennies for a substantial period with the hopes and dreams of buying a real to life doll one day. Birthday money was put aside, coins counted and the anticipation built, alongside the dream. And then my friends, when you finally reach the anticipated tally required for purchase…. you spot THE ONE. Adorable, angelic and meant for you, of course! That is how a mother is (or should be) born.

Excruciatingly, of course, there is a catch. Shipping internationally is, of course, expensive and a lengthy wait period must be served despite now having the birthday money and household chores hard-earned totally over one hundred and fifty dollars.
Now, think of the joy and excitement when your package of the supposed bundle of joy finally arrives to be unwrapped. You’ve already dared to dream. You’ve seen the advertisement and your baby looks perfect and lifelike. But you promised your Mum you wouldn’t open the gift without her there and she is interstate when it arrives.

You lament the decision but the anticipation and hope builds as your package eagerly awaits being opened. And when your Mum finally arrives home the perfect moment presents itself. That exact scenario my friends, played out for a little girl I know of.
She peeled back a corner gently, her heart filled with love and pride. And then, she discovered that what lay therein was some kind of heinous joke- from first appearances a disaster piece creation combining the features of Chucky with the hair of Donald Trump.
This young lass was completely shattered. Heartbroken. Devastated. And slightly freaked out by the creepy looking thing now laying in the house where she was meant to be sleep. 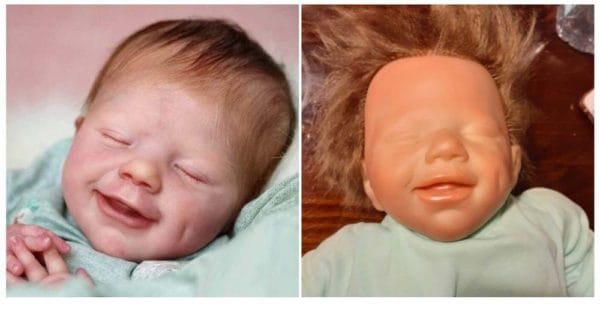 Her equally horrified mother promptly tried to contact the international distributor who (of course…. Wouldn’t you know it?!) just happened to no longer have an active email address, far less still a reputable business to speak of. Prospects looked bleak and the family being novices to internet purchases had made the error of not utilizing PayPal for the aherrrmm… “product?” supplied.
The family of humble origins was shattered, shocked and appalled. Not only had they been ripped off blind, but their young impressionable daughter had also been taken for an absolute ride AND right before Xmas. Probably, one would think… to never trust internet shopping again.

Anyone would think Santa had inadvertently added this nice little girl to the naughty list by accident but sometimes elves like me must intervene when Mr. Claus has had one too many sherbets while sorting gifts! And by now you’re probably wondering who this little girl is? Well, it just so happens. She’s the delightful daughter of a friend of mine.

I know this woman because some years back I posted an s.o.s under duress on an internet forum when stressed and wracking my brains about a present when I became unexpectedly and swiftly unemployed. We’ve been virtual buddies ever since and my plea for help did not go unanswered.

My message tugged at her heartstrings and so it was she acted quickly, took a leap of faith on a stranger and bank deposited me some cash to buy a present. I’ve since often thought of her and reflected on her random act of kindness, at times referring to her as my very own Xmas angel.

So here’s for the twist of fate.

NO kind deed should go unnoticed and no good deed not paid forward. And so, rather than making a reasonable contribution to Kmart’s wishing tree and a plethora of other charities this year, I’m refunding that little girl to restore her faith in humanity, the way her mother restored mine many moons ago.

Products being deceptively marketed is one matter, but smashing a little girl’s hopes and dreams on the first day of Christmas is quite another. This will not be allowed on my watch. So I’m currently rattling the tins and rallying the folks so that maybe, just maybe, she can nab herself a new lifelike doll… right in time to restore her faith this Christmas.