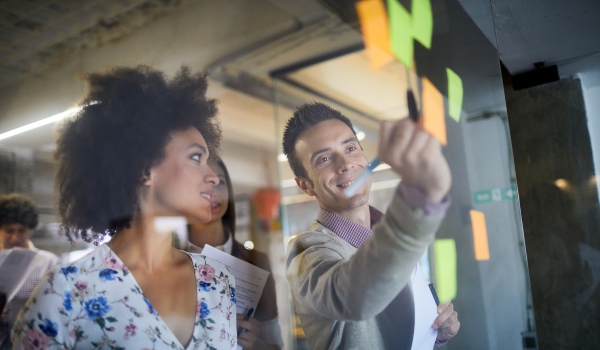 Indonesia, whose research budget is still among the lowest in the world, should encourage more research-based innovations to boost its economic growth.

There is clear evidence that long-term economic growth relies on innovations. However, they are a high-risk investment and full of uncertainty. The public sector cannot bear this risk themselves and therefore needs support from private firms.

By supporting the government’s research development program, companies may also benefit from commercialising innovations. It also gives them more flexibility to enter and even design markets at a later stage.

However, the lack of financial support for research and development sectors has impeded innovations in Indonesia.

In Southeast Asia region, Indonesia’s research budget is behind Thailand and Vietnam. Recent data show Thailand allocated 0.5% of its Gross Domestic Product (GDP) for research and Vietnam set aside 0.4%. Meanwhile Indonesia under President Joko “Jokowi” Widodo allocated around Rp24.9 trillion (US$1.7 billion) in 2017 or only 0.2% of its GDP.

To boost its research budget, the Indonesian government should create policies to encourage the private sector to invest more in supporting innovations.

Collaboration between the private and public sectors

Companies in Indonesia do not contribute to the country’s research spending as significant as other countries.

In most countries, the private sector’s contribute more to research than the public sector.

Of the 2.9% of GDP that Germany allocated for research in 2017, 2% came from the private sector. In the US, 2.7% of its GDP goes to research, with 1.9% being privately funded. Meanwhile, the world’s biggest emerging economy, China spends 2% of its GDP on research activities with its private sector contributing 1.6% of the national spending.

Meanwhile, Indonesia’s Research, Technology and Higher Education Ministry said the contribution from private companies stood at around Rp 6 trillion, or around 0.04% of its GDP in 2017.

The private sector should have contributed more given the benefits they will receive once they support research and development for innovation.

First, companies can benefit from creating, using and selling their innovation patents.

Second, the concept of open innovations allows third parties to use the patents in developing their products using Intellectual Property Rights (IPR).

It gives a win-win solution for both sides: the patent holders earn the royalty payment from selling or licensing the patents, and the third parties can enter the market with their new business model. Not only big enterprises can commercially benefit from the use of IPR, but also small and medium-sized enterprises.

Technology industries are mostly dependant on research for their long-term sustainable business operation.

However, in general, it is not easy for private sectors to innovate and earn profits.

One study showed that only one from 3,000 innovative ideas could be commercialised. Under laissez-faire policies where the government put minimum interference on the market, firms tend not to invest much on research and development.

Indonesia can follow examples from various countries on their creating policies to increase the private sector’s contribution on research and development. Norway, for instance, has introduced a set of soft policy instrument for technological transfer from the oil and gas industries to the maritime and fishery sectors. China has given tax incentives to venture capital firms for their investments in funding technology firms.

By providing such support, Norway and Chinese governments create a domino effect for private sectors to escape competition by innovating.

Southeast Asia’s largest economy, Indonesia, is an attractive playground to commercialise technological innovations in the region. Indonesia has a market size of 93.4 million consumers for innovations in digital technologies. By May 2019, Indonesia booked a total transaction involving financial technology worth $32.442 million.

From the energy sector, the challenge of high concentration of carbon dioxide in the gas field of East Natuna Basin requires cutting edge technological innovation to separate carbon dioxide from the produced gas.

State-owned oil and gas firm Pertamina is still searching for ways to do that. Once they do, Indonesia will secure a significant amount of natural gas supply not only for the country but also for the Asia Pacific market.

Greater research and development funding from the private sector means more jobs, better business productivity, increasing Indonesia’s competitiveness in the world stage. It is time for Indonesia to enhance its economy with innovation-led growth.