The terrible plight of the widows of Indian soldiers in the period before, during and after the First World War is revealed in a file from the India Office’s vast military archive. 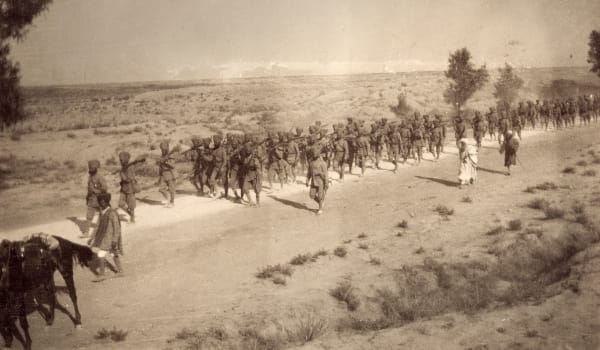 —
The terrible plight of the widows of Indian soldiers in the period before, during and after the First World War is revealed in a file from the India Office’s vast military archive.

The earliest document in the file dates from March 1913, but the outbreak of war in the following year brought the issue to the fore. A letter of 26 February 1915 from Viceroy Lord Hardinge to the Secretary of State for India Lord Crewe attempted to lay down rules for the granting of military pensions:

(i) The widow must be proved beyond doubt to be in straitened circumstances … Absolute destitution not to be a necessary condition for the widow of any person above the rank of a private soldier.

(ii) The deceased husband must have performed really good service … Other considerations to be taken into account …will be (a) the rank subsequently attained, (b) the character and conduct of the deceased, and (c) the length of his service.

(iii) The date of marriage will be an important consideration. We propose that the rules should not ordinarily include widows who married after their husbands had retired …

It is understandable that Imperial bureaucrats in London and New Delhi felt the need to formulate guidelines to deal with such matters, but the contrast with the appalling suffering touched upon in many of the cases cited throughout the file is stark. Umrao Bi, thought to be aged about eighty, was the widow of Mutiny veteran Sowar Shaik Imamuddin, and in June 1914 she petitioned the British Resident at Hyderabad for assistance, stating that her husband’s Mutiny medal had been lost during a flood in 1908. The previous month Amir Bi, aged 95, widow of Mutiny veteran Sowar Azmuth Khan, applied for an allowance ‘ … so that she may endure the remainder of her life without experiencing the pangs of hunger’.

The dismal theme is continued in a list of 9 June 1916 which provides brief details of 55 applications for compassionate allowances, with 26 containing the simple words ‘Woman was destitute’. The majority were widows of soldiers who had served on the British side in 1857-58. Qamru Bi ‘… was 80 years of age, and was begging for a living’. Hasharat Bi ‘…earned about Rs. 4 per mensem by sewing, but she was getting old and was partially blind’. Firdaus Begum ‘…had a small income of about Rs. 2 per mensem out of which she had to support 2 female relatives. She had incurred a debt of about 500’. The children of several petitioners were themselves too poor to support their mothers.

The sum allocated by the British authorities to cover all successful applications for relief between 1915 and 1927 was capped at a miserly Rs. 1500 per year. Although more money was made available through the establishment of the Indian Army Benevolent Fund in September 1927, eighteen months later its administering Board had made a mere 197 grants out of 1160 applications received.