Only recently have scientists applied such techniques to bringing endangered wildlife species back from the brink of extinction. 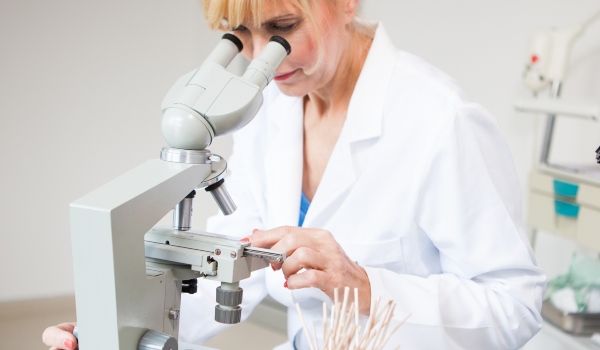 —
By Doug Moss and Roddy Scheer

Dear EarthTalk: Can fertility techniques pioneered for humans or other animals be used to try to bring back endangered wildlife species?

No doubt, humans have come a long way in engineering medical solutions to our own fertility problems. The most common techniques to help people have babies today include: using medication to stimulate unresponsive ovaries to develop mature eggs; artificial insemination whereby healthy sperm is placed directly into a woman’s uterus and conception happens normally thereafter, and In Vitro Fertilization (IVF), which entails combining eggs and sperm outside the body and then inserting one of the resulting fertilized embryos (so-called “test tube babies”) into the woman’s uterine cavity and letting the rest of the pregnancy proceed to term naturally.

While such techniques have helped millions of couples around the world bear healthy babies, only recently have scientists applied such techniques to bringing endangered wildlife species back from the brink of extinction. “The genetics of human fertility can give a better understanding of fertility in more exotic species,” reports Dr. Sherman Silber, a pioneering human fertility expert at St. Luke’s Hospital in Chesterfield, Missouri who has had success applying the lessons learned on humans to animals.

“We have frozen ovaries in animals that are destined to die off for later ovary transplantation back to related species to be able to increase their population,” reports Silber, who has of late been ramping up efforts to bring back dwindling populations of still-wild endangered species.

Another leading light in the field is Thomas Hildebrandt, who heads the reproduction management program for Berlin’s Leibniz Institute for Zoo and Wildlife Research and is well known among wildlife veterinarians for his pioneering work in endangered species insemination. Hildebrandt, who helped conceive upwards of 50 endangered elephant calves by artificially inseminating their mothers is now focusing his attention on trying to rescue the Northern White Rhino using IVF techniques. Rampant poaching in the 1970s and 1980s and surging demand in Asia for rhino horns decimated the animal’s populations in Africa—only two individuals, Fatu and Najin (both female and incapable of carrying babies due to health complications) remain alive today; the last male, Sudan, died in March 2018.

Now Hildebrandt and colleagues want to bring them back. They froze the sperm from Sudan and four other males before they died and hope to combine it with eggs harvested from Fatu and Najin while using less endangered but genetically similar Southern White Rhino females as pregnancy surrogates. While this “baby step” won’t be enough to achieve the genetic diversity required to create a sustainable long-term population, Hildebrandt hopes it can open funders’ eyes to the possibility of actually reviving populations of Northern White Rhinos and other species through stem cell research and other techniques researchers haven’t even dreamed up yet.

This post was previously published on earthtalk.org and is republished here with permission from the author.