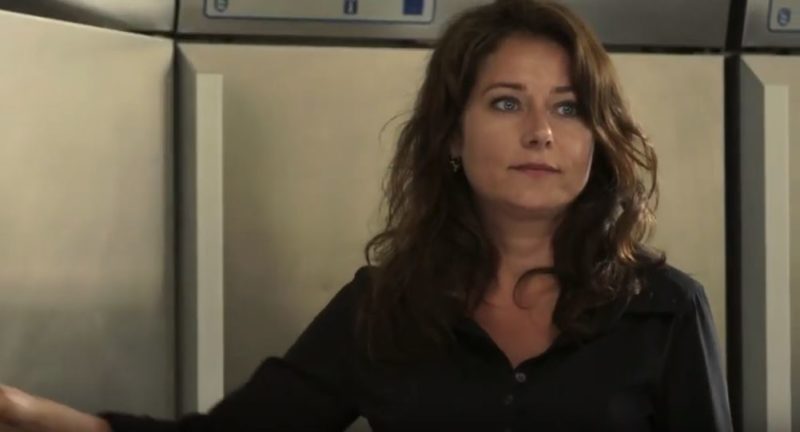 “Borgen” is shorthand for “the castle,” the home of the Danish Parliament and the government’s executive offices. It’s where Birgitte Nyborg — in the series, Denmark’s first female prime minister — spends every waking hour, trying to keep the support of her modest majority and move the country forward. It’s not an easy task, and it’s not her only task. She’s married, with two children, and her husband and her kids also need attention.

“Borgen” is some of the smartest TV ever made.

Few Americans can say that, but in Europe, “Borgen” was huge. It riveted 40% of the citizens of Denmark — okay, the population of Denmark is only 5,600,000 million — and was a major hit in Europe. In the United States, Stephen King beat the drums for it, calling “Borgen” the best show of 2012.

“Borgen” asks compelling questions. One, can you acquire power and still be yourself — and is there a psychic law that says you lose some connection to yourself every time you gain more power? Two, is it possible to have a career and a meaningful family life and marriage at the same time?

That second question is a popular one in America. It’s regularly asked in bestselling books by female American executives. Their answers — “lean in” or “get more sleep” — seem grotesquely superficial and inadequate to me. In “Borgen,” they have grit and bite.

There’s no Danish actress better suited for the role of prime minister than Sidse Babett Knudsen. (You may remember her as the rich man’s wife in After the Wedding.) In an American series, she’d be written as Kevin Spacey in “House of Cards.”But Birgitte Nyborg is written and played in defiance of that easy, lazy characterization. Watch:

In the beginning, Knudsen was surprised that “Borgen” became a phenomenon: “Our language is one of the most ugly and limited around. You can’t seduce anyone in Danish — it sounds like you are throwing up.” Later, she understood: “There are great dialogue pieces with wonderful characters. And it was about the nature of political compromise, and that rang a bell.”

Season 1 costs $24 if you buy it new on Amazon, less if you buy it used. But that’s 10 episodes, 600 minutes of riveting drama; compared to the $15 I wasted on name-any-overhyped movie, that’s a bargain. [To buy the DVD of Season 1 of “Borgen” on Amazon, click here. Or… Netflix.]

She has my vote. She will have yours.