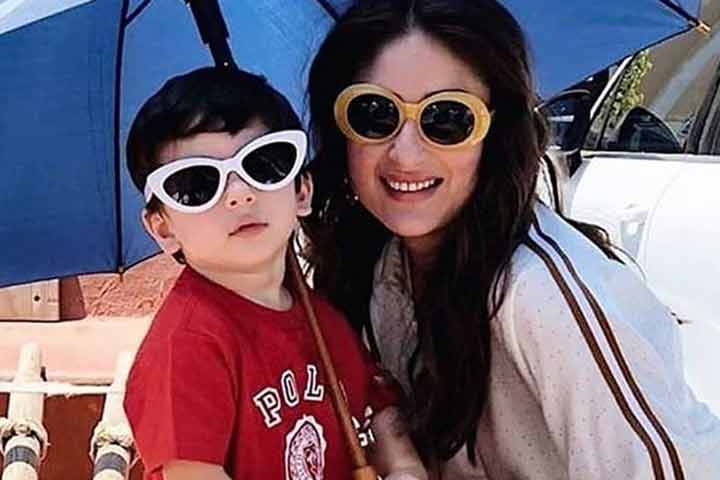 All mommies have a special bond with their children. However, mommies of a boy have a slightly different experience with their sons. In the course of time that they bring them up, it is natural for mothers to become their son’s favorite person. Moms too get used to being the focus of attention from their son. This is probably why it becomes a tad bit difficult for moms when their son suddenly shifts his attention to another woman, namely his girlfriend! Of course, a mom will always want her son to be happy with the woman he chooses, but not without a hint of jealousy. And if you thought this streak of envy can be found only in us lesser mortals, then you’ll be surprised to know that even celebrities are prone to it. While we have often heard about it in gossip magazines and columns, very few celebrity moms actually admit to it.

However, one celebrity mom who is always known to speak her mind is Kareena Kapoor Khan (a.k.a Bebo). She has never shied away from admitting how much she loves her son Taimur. But recently, Kareena admitted to something that was least expected!

As most of us are aware, Kareena hosts a celebrity radio talk show called What Women Want. She gets women celebrities from Bollywood to chat with her. She gets them to open up in her trademark style with an intelligent line-up of questions. Quite a number of times, she has caught her celebrities off-guard with her questions. Like when she asked Sara Ali Khan about a one-night stand! Considering that she is married to Saif Ali Khan, who is Sara’s dad, it became quite embarrassing for Sara. However, the young actress charmed us with her honesty when she replied in the negative, but not before making her embarrassment evident.

But it seems that the queen of Bollywood gossip met her match recently. This time around, Kareena had invited actress Taapsee Pannu. Now, we all know this spunky actress for her choice of unconventional and hard-hitting films. She’s one of those rare entities in Bollywood who carries almost the same values in her real-life which she portrays on the celluloid. And, for a person who can take on Kangana’s meddling sister, Taapsee is quite a fireball! So, despite this interview of Taapsee with Kareena being a fun chat, we were expecting at least a wee bit of sparks if not high-flying fireworks. And guess what? Taapsee surely didn’t disappoint us. 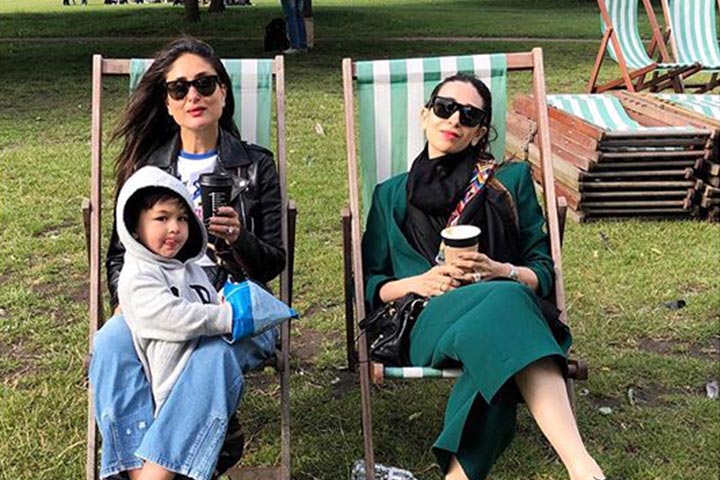 During the interview, Kareena engaged Taapsee in a fun game. For this game, Kareena would give Taapsee a situation and she had to term it safe or unsafe. One of the situations that Kareena gave was what Taapsee would do if her son brought home a girlfriend. But Taapsee didn’t fall for it. Instead, the actress very smartly re-directed the question to Kareena since she was already a mother to Taimur. This time, it was Kareena who was caught off-guard. Initially, she tried to dodge the question. But after a while, she finally managed to give a vague answer by saying that being a Punjabi, she was the type most people associate with Punjabi moms. Not the one to take that for an answer, Taapsee didn’t give up. She nudged Kareena further by asking if by saying she is a Punjabi mom, she actually meant making paranthas for her son’s girlfriend!! To this, Kareena blurted out saying, “No.. I’ll be like… don’t come here!!” To this, both the actresses got into peals of laughter. 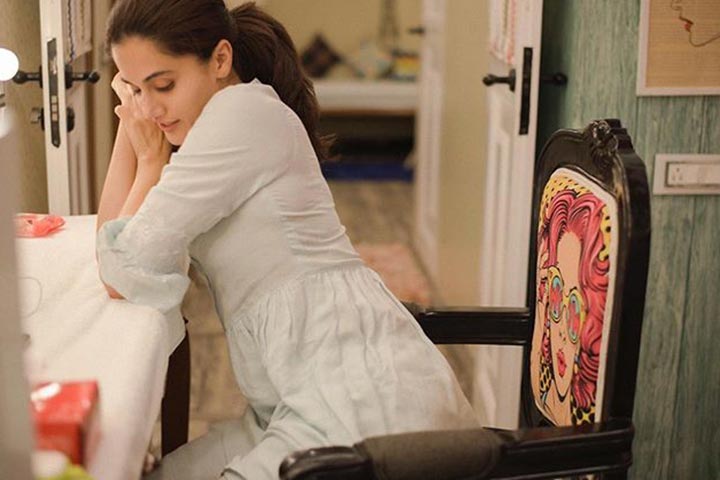 We’re not sure if Bebo would really make that kind of a mother-in-law in the future. But for now, we will take that as her answer! Whether she’d like to admit it or not, we do feel that Bebo is a bit possessive about Taimur (we hope he’s listening), but in a good-natured way. And yes, kudos to Taapsee for extracting this answer from the unbeatable Kareena!