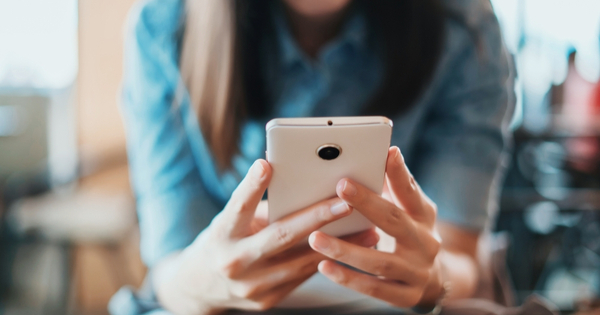 If you want to be happier, you may have to put down the smartphone.

In today’s technological climate, close to everybody in the western world is glued to their phones. The smartphone has become a mere extension of who a person is rather than something carried for convenience and although it does provide the type of access needed to simplify life and make things easier, there’s also a very dark side to smartphone use.  In fact, several studies found that it could be a huge culprit when it comes to staving off true and authentic happiness.

It’s not the physical waves it gives off or the plastic it’s made of that seep into the brain causing the disruption and bringing on depression and anxiety. The device only drives that link, with the root cause being what it’s being used for and how often. Being at the beck and call of anyone and everyone that has the number attached to the phone can be an anxiety driver in the sense that the more alerts received, the more pressure a person feels to participate in the online world. On the other hand, the fewer alerts received can drive depression causing the owner of the convenience device to feel alone, isolated and unsure of themselves.

The constant checking of social media platforms such as Instagram or Facebook often had users feeling insecure, unworthy, and as if their life wasn’t near as good as those that they saw on the apps. And when their lives didn’t quite stack up with how they saw others, the depression hit even harder. This only feeds a forced competition to look the happiest on the app in comparison to friends, family, and even strangers and that level of inauthentic living is another driving cause for depressive tendencies.

The overuse of the smartphone is becoming a popularity contest, and for anyone that remembers high school, it’s not easy feeling like a lower classman. The effort required to flip the depression with the constant need to appear happy, as opposed to truly living happily, causes more anxiety and exhaustion which adds even more bricks to the wall of mental illness.

There is good news though, and it doesn’t necessarily mean tossing the smartphone away and starting to live life as if it weren’t the technological age. Studies indicated that it was the overuse of the smartphone that caused the highest levels of depression and anxiety. With that, came poor sleeping habits that further solidified a depressive state.

As it’s almost impossible to give up smartphone use, the best route to delay or even reverse the depression and anxiety-inducing effects it has is to take a step back from the phone and jump headfirst into the real world. There are apps available to monitor usage to make sure that staying in touch hasn’t become obsessive scrolling and if the depression and anxiety are already a part of everyday life, there are apps that can be used to help manage that, too.

The main goal is to monitor and limit usage so that it remains a healthy, positive tool for everyday life as opposed to a main pillar in a fight for mental health.