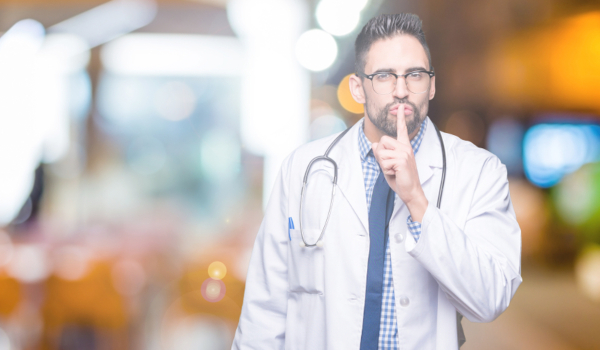 On the sixth anniversary of getting my voice back, a client gave me high praise:

“James, you are a thoughtful listener,” he said.

Also, I mean I literally got my voice back, not a figurative thing, like Stella finding her groove.

In any case, in September 2013, I found myself on an operating table at Boston’s renowned Massachusetts Eye and Ear, following a doctor’s instructions to tell her surgical team about the story I’d most enjoyed writing to that point in my journalism career, while the anesthetic took hold.

I acquiesced, and because I loved talking news 24/7, even in a hospital gown with an IV in my arm and a mask over my nose and mouth, I started rambling away about tracking down a hero firefighter in New York in the weeks following 9/11. And then I went under.

In the early 1980s, as a grade school student, my dubious claim to fame was that I talked too much. Exasperated teachers told my folks I simply wouldn’t be quiet and must’ve enjoyed the sound of my own voice. Generous teachers opined that my loquaciousness must’ve meant I was destined to be a lawyer or a preacher.

Thankfully, they were both wrong. I became a journalist . . . and sang bass in a barbershop quartet. Only the former was a career.

All kidding aside, my voice, for a time, became my bread and butter as I hosted news talk radio shows in my early career, caught an early ride on the podcasting train, and became a frequent broadcast contributor—an analyst if you will—while working as a newspaper reporter.

I can’t pretend I wasn’t flattered by the compliments on my pipes. If I had $1,000 for every time a random stranger overheard me on the phone in the airport and politely interrupted to tell me I sounded exactly like actor Dennis Haysbert, I’d be rich. Not as rich Pres. Allstate Insurance Palmer, but still…

Unfortunately, I started to believe my own “legend” and developed a problem: I got a little full of myself and started to prove those exasperated grade school teachers right.

The funny thing is I didn’t realize my problem until summer 2013 when an inexplicable series of sore throats and voice losses led me to Mass. Eye and Ear and an ear, nose and throat specialist who told me, essentially, that I’d so worn my vocal folds that they were saddled with benign polyps.

She explained that it can happen to people who use their voices a lot—presumably too much—and who use their diaphragm insufficiently when speaking or singing.

The fix? Surgery to remove nodules on my vocal folds, followed by two to three weeks of absolutely no talking—no verbal noise, period—to allow my throat to heal.

I awakened in a recovery room that September day not just woozy and parched but aware that my throat had checked out…hopefully temporarily.

A hospital voice therapist had already equipped me with a digital sketch pad—think Etch A Sketch with batteries and a Kindle-like “paper” screen. As soon as my head was clear enough, I began furiously scribbling notes to my wife, asking questions, telling her I was fine or would be, asking her to tell my son I’d be OK, too.

Then, my hand grew tired from writing, and I stopped…and listened.

It’s cliche to say it, but without the ability to interrupt the world around me, I heard everything. Everything. I mean Jimmy Stewart in “Rear Window” everything. No suspected murders by neighbors, but I did hear every conversation through our condo walls. I heard my son in all of his glorious silliness. I heard every detail of my wife’s day. And contrary to that other infamous cliche, I found her every word interesting and scolded myself for not having voluntarily shut up sooner.

And the woods? Those glorious New England woods in fall! As my dog and I walked for miles on end through a number of forested parks, I took out my earbuds, turned off my music and audiobooks, and listened to the birds, bees, deer, and trees.

Two weeks after surgery, the doctor encouraged me to begin whispering for a few seconds at a time.

Four weeks after surgery, I reunited with the therapist who’d given me the sketch pad, and she began to whip my pipes into shape with singing therapy. She pounded away on an old upright piano while having me sing the bass, baritone, and alto parts of acapella standards and old church hymns.

My wife might beg to differ, but that month made me a good listener. In my adult life, I’d always considered myself to be a good listener. It was a choice, a professional calculation. It was my most powerful weapon to get strangers to open up to me, so I could report their stories. I don’t believe I’d ever employed that strategy—at least not very effectively—at home.

This was different. The circumstances took away my choice and forced me to hear my surroundings and the people in my orbit.

It’s been said that compliments are more meaningful when they’re given for, well, something meaningful.

Beyond telling me the usual beautiful wife, smart and cute kids, awesome dog, great writing and work ethic, nice guy, maybe even spiritual guy, the most meaningful compliment I could ever get is that other people matter to me. Listening to and hearing them is one of the best ways to demonstrate that care.

So on the sixth anniversary of getting my voice back, as mundane as it was for him to utter the words, “James, you are a thoughtful listener,” my client made my day.