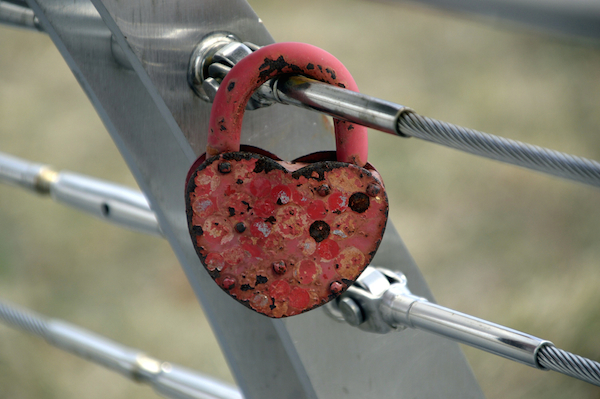 When you’re a single man, especially one new to the dating world, it can be tough. One of the biggest challenges men has, especially those who are a little on the socially awkward side, is knowing if a woman is attracted to you. You may be attracted to her, but is the feeling the same?

Here are some ways you can know she may be into you.

Eye contact is always important in showing attention or affection. When two people who respect each other talk, they will usually have consistent eye contact. This doesn’t mean that a woman is attracted to you. However, what may prove that she may be attracted is if she looks away if you see that she’s looking at you excessively. It may be a sign of embarrassment.

She Will Compliment You

One obvious way that you can tell if a woman, or a man for that matter, likes you is if she always compliments you. Sometimes, a woman who is not interested may give you an occasional complimented to be nice, but a woman who likes you will give you consistent compliments and mean it.

She Asks You Deep Questions

Every woman you meet may ask some questions to get to know you better, but they’re usually generic questions like “what’s your name?” Meanwhile, a woman who is interested in you may want to ask you more personal questions, such as your hopes and dreams, or about your parents.

This indicates that she’s interested in you and wants to know you better.

She Smiles and Laughs Often

A woman may give you a smile to say hello or to show care, but a woman who is always cracking genuine smiles at you may like you. Also, laughing. If a woman finds you funny and is always laughing, this may mean she likes you.

In the world of female body language signs of attraction, we have a general idea of ways that you can expect if a woman is attracted to you. She’ll maintain eye contact, get close to you, and she may fondle her hair while she talks to you. Then, there is the lip biting. A woman may bite her lip if she is sexually attracted to you.

However, one way that you can realize if a woman likes you is if she imitates your body language. This doesn’t mean that she is trying to mock you, but it’s an unconscious way of showing that she’s on your level.

She is Open About Her Sexuality

With most women, they’re not that open about their sexuality to others. There may be some women who are, but a woman isn’t going to tell a man her sexual desires unless she feels comfortable with or is sexually attracted to a man.

Also, this can come in the form of asking you about your sexuality. This may mean she is interested in you.

She Pays Full Attention to You When You Talk to Her

If a woman is uninterested in you, you may notice her face is in her phone half the time, she’s answering half-heartedly, or her eyes are wandering. Meanwhile, a woman who is attracted to you will usually put her undivided attention to you.

She Seems Jealous if You’re Talking to Someone Else

Another sign that she may be into you is that she seems jealous if you’re talking to another person. She may not outright say she’s jealous, but she may seem disappointed or distant until you’re no longer talking to that person.

The Movement of the Legs

The way a woman moves her legs can say a lot about whether or not she is attracted to you. Sometimes, a woman crossing and uncrossing her legs could be a sign of attraction. Combined with other signs, it could mean she wants to be with you.

She May Dress More Seductively

Pay attention to how she usually dresses versus how she dresses around you. She may end up dressing a little more revealing or be putting more of an effort into her appearance if she’s attracted to you.

She Wants to Hang Out and Visit You

Just like communication, hanging out is a two-way street. If you are the one who always has to see her, this may mean she doesn’t like you and just wants to hang out with someone out of boredom. However, if she is making an effort to hang out with you, this could mean that she likes you.

In The End, She Has to Tell You or You Have to Tell Her

Not all women will display these signs if they’re attracted to you, and some can appear to have those signs, but not actually be attracted to you. In the end, you have to ask her out, or she has to. If you see the signs and ask her out, and she says yes, great. If not, it’s time to talk to someone else.

Body language and attraction can be a complicated game, but by knowing some of the signs, you can make the dating game a little easier.