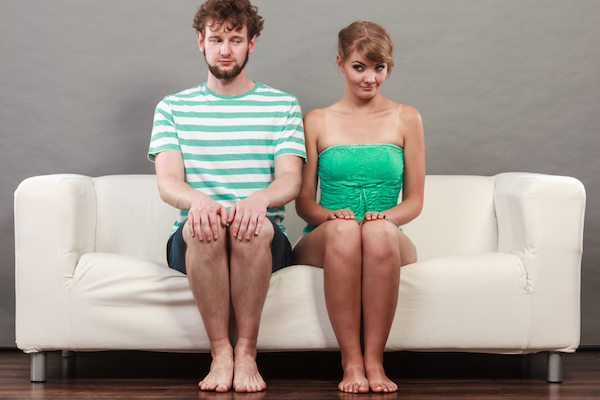 In attachment theory, the style of one’s attachment can say a lot about the person. In this post, we’re going to look at disorganized attachment. What is it? What’s the cause? How can you prevent or treat it? Let’s dive into the disorganized world of this attachment.

Disorganized attachment is when a parent or other caregiver hasn’t made a secure, safe place for them. Instead, the relationship the child has with their parent may be inconsistent, showing both fear and affection. This is the opposite of organized attachment, where a child feels secure around their caregiver.

How Does it Happen?

Usually, disorganized attachment is due to a parent not being there for their child, or showing cruelty towards them. A child who is crying isn’t cared for by a disorganized parent, but is instead ignored or yelled at. In addition, nonverbal actions are just as important. For example, a parent of a disorganized child may say they love the child, but they aren’t physically affectionate.

Sometimes, a parent may have unintentionally made their child disorganized. A parent may love their child and want to do what’s best for them, but they are always working and feel too exhausted when they return home to do much with their child.

In most cases, disorganized attachment is a cycle. Someone who had parents who weren’t affectionate, or made fun of them for their fears, may end up having kids who they treat the same way. With any form of bad parenting, it’s always important to be mindful of cycles and how you can break them. But with that said, what happens when a child is disorganized?

The “disorganized” part really shows as kids with a disorganized style tend to fear their parents, yet they need the attention of the parents as well. These mixed signals tend to apply to the parent as well. For example, a parent who may try to soothe their kid at first, but then yell at the child when that doesn’t work at first.

What Does This Mean For Adulthood?

If a child develops a disorganized attachment, what happens when they grow up? Sometimes, that disorganized feeling accompanies them well into adulthood. Usually, a disorganized adult may have mixed emotions about relationships. They may fear relationships, but need them as comfort. Someone may be clingy at first but then avoid their significant other.

A disorganized adult also has many self-doubts. They feel like they aren’t worthy of love, or that no one wants to show any trust to them. Because of this inconsistency, an adult with disorganized attachment may seem inconsistent, always changing up their strategy in order to find the happy medium that never comes.

Also, someone who is disorganized may seek out toxic relationships or get into habits that are not good for them. For example, they may end up being addicted to drugs, something that can give them both good and bad feelings.

Chances are, you may have known someone like this. Maybe you dated them, or maybe it’s a friend. They are always inconsistent, and you may wonder why that is. Often, it’s due to an abusive upbringing. With that said, can it be treated?

With all that said, how can one treat disorganized attachment? For a parent, it’s important to have a consistent form of secure parenting. Always be there for the child, both verbally and non-verbally. If you’re someone who easily loses their patience, it’s important for you to seek help and learn how you can manage those negative emotions.

Parenting is a challenge, especially in the early stages. Due to stress, lack of sleep, and other issues, the parent may be irritable. Because of this, they may take it out on the child. However, this can have some long-term consequences, and it’s important for a parent to realize this and find healthier ways to display their emotions.

Besides that, another treatment is consistent love. A parent can prevent or treat disorganized attachment by giving their child affection and being consistent. Meanwhile, someone who is in a relationship with a person who is disorganized can show consistent affection as well.

Disorganized parenting can lead to a lifetime of conflicting emotions and needs. If your parenting style is disorganized, it’s important you take the steps to fix it. Meanwhile, if you’re someone who is disorganized, seek help and find someone to give you consistent love. By knowing the attachment styles, it can help you be a better person and raise a better child.