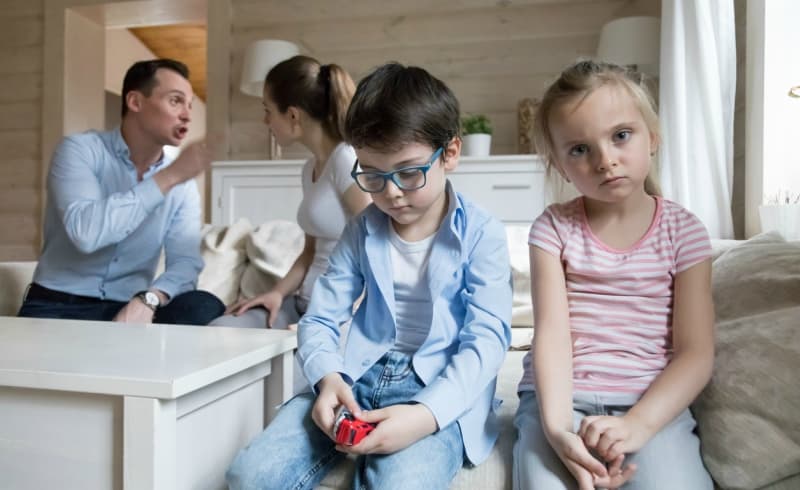 “No matter what the subject my spouse and I will quickly degenerate into a fight! I will say the sky is blue and he will say it’s purple! We seem to argue to the death about the smallest thing.” This couple was quickly running out of options to save their marriage and didn’t know where to even start. Other couples report loving their partner but are frustrated by them to the point of despair.

Relationship therapists are confronted with these familiar words rather frequently. But while all couples are unique just like individuals are unique, there are common themes that many couples struggle with so that if they are not treated, often end the relationship or make it painful to endure for both spouses. So if this at all sounds familiar where can one start to dramatically improve a relationship?

For many years marriage therapists gave great attention to the communication between the partners. Things such as communication styles, rules, patterns, conflict resolution and language were all considered in great detail. But these nuts and bolts of the way a couple attack each other don’t usually hold the key to magically fixing a couple’s relationship. Why? Because teaching communication skills can often just result in a couple fighting more strategically without addressing the real, often covered up issues below all the talk. So what can positively help when a relationship is characterized by continual fighting?

Instead of looking at all the wrong things happening in a crumbling relationship, let’s turn our focus to healthy couples who get it right. What characteristics do they have that struggling couples don’t even get anywhere near?

It is a myth to think that healthy couples don’t ever disagree. In fact, a couple that agrees on every single thing can even be dangerous. Why? Because a person who is a virtual clone of the other partner and doesn’t have their own individual point of view can never offer any growth to their partner, only their agreement. We see this in unhealthy, codependent relationships. So how do healthy couples disagree and even disagree often and yet still stay in love? The key ingredient is respect. But it’s not just respect for the other person. Respect always has to begin with self-respect. Once we respect ourselves we take responsibility for our actions. We stop being a victim, we stop blaming others and then we can exercise the power of choice to respond the way we want to without pressure to give up our choice to please someone else. However, it can’t stop there. We have to also respect the other person. This means we respect their choices, their worth, their opinions and their rights. It means giving true equality to the other. It means their point of view is given equal consideration because we respect them as much as ourselves. But there is one more area of respect that both sides need to exhibit.

Continued arguments that dominate certain intimate relationships are often not about issues, but about the dominant-negative emotions that lie just beneath the surface and smolder away until triggered. Some couples find their partner continually frustrating them by, “pushing their buttons.” Think for a moment as people having buttons growing out of them, which are visible all over their bodies. You might think twice about pushing those buttons if you experience a person flying into a rage when you press a button. But how would you get rid of those buttons? How would one be able to defuse them so they don’t produce such a strong reaction? While it is easy for us to think that our spouse enjoys pushing them the fact of the matter is that they can only ever be defused from the inside. Self-awareness helps us to stop reacting as a victim and start to take control over our behavior. It changes the dynamic from blame to responsibility. Self-awareness starts to ask the question whenever any of our buttons are pushed, “Why did that elicit such a strong emotional reaction from me?” When we ask that question we are at the starting line to defuse the strength of those strong emotional reactions and understand ourselves so much better. We can then gain insight that with certain other people, pressing those identical buttons would actually stimulate no negative emotional response at all, because they have already defused them. Instead of getting lost in the negative emotional responses in arguments, start asking this question each time you feel the need to react in self-protection and observe the difference it makes.

Let’s face it. Most of us are selfish, want our own way and instantly want to preserve our ego. It’s human nature, and the sooner we accept that, the sooner we can get out of denial and realize it’s a problem in relationships. That default way of operating has to be deactivated if we want to be truly happy and intimate with another, equally self-protective human being. The problem is seen in couples who compete with each other all the time. There is this “one up-man-ship” that constantly fights to dominate the relationship. Both strive to get a superior advantage over the other to support their own fragile ego.

The solution to this issue is for the couple to change the ego dynamic from themselves to their relationship. This means that both partners begin to see a win for their partner as a win for themselves. It means that they are cheering on their partner, celebrating their partner’s successes as if they were their own (which they are). This competition dynamic changed to enhance the other’s successes is what successful couples do so well. Instead of fighting for their own ego recognition, they focus on stroking their partner’s self-esteem. They become each other’s greatest fan. Both can then see that it really is both of them together against the world.

Something healthy couples do is find their way back to their partner before it becomes World War Three. Instead of harboring feelings of anger that are brooded over throughout long periods of time, healthy couples can reconnect quickly after disagreeing. How do they do that? They are actually experts at reconnecting. One of the exercises I recommend in my book, Romance… Push The On Button! is to practice re-connection in a fake but fun environment. The idea is to have a fight over some emotionally neutral and unimportant subjects. Each partner acts their part of defending their stance passionately. A couple of minutes is usually enough. But then one of them which has been previously designated has to initiate reconnecting. The other can resist somewhat, but be careful because at the end, the roles become reversed so that both partners can practice initiating the connection, and recognizing their partner’s attempts. This practice fighting can produce a laugh and some awkwardness but it also helps increase the couples’ skills at reconnecting. Couples who struggle in their relationship often find it hard to know how to start the process of re-connection but also usually want the other to do it. This two-part exercise can help couples feel that re-connection is natural, familiar and easier than before.

5. What You Do With Bids

The Gottman institute refers to emotional sighs. It is when our partner sighs in frustration over something. The person can even be unaware they are sighing. But this becomes an opportunity for a partner to acknowledge the sigh and see it as a bid for connection. Healthy couples are sensitive at picking up on the other’s emotional sighs and are quick to give support and compassion. It is at the point of the sigh that a partner can lend support by turning towards their partner and realizing the opportunity for connection. Or you can do the opposite by ignoring it completely, or yet worse still, offering advice and moving on. By being attuned to your partner’s sighs, you don’t lose the unique opportunity to connect with your partner when they need it the most. This can build a connection so that your partner feels supported and frustration doesn’t grow so much that it erupts and then flows over into your relationship.

Bringing It All Together

Conflicts will always be present in intimate relationships. But there are ways to defuse their deadly impacts, keep respect for our self and our partner, become expert at finding our way back to our other half, and get in early to connect with our partner so they know we are on their side and will support them as you make a life together. Remember, you are both there to make the life of your partner easier and happier, and to face life’s challenges as a team. When your relationship wins, everything else becomes that little bit easier.