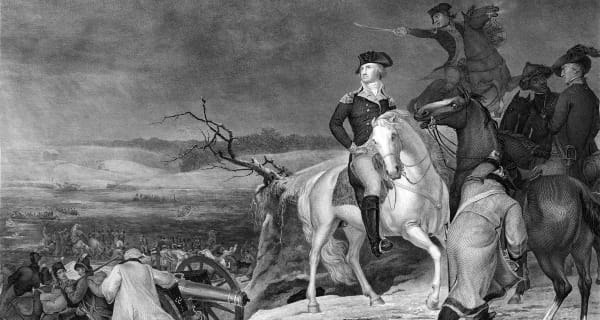 When I was in high school, my boyfriend was black. His father was a Baptist pastor at a local church and worked as a park ranger at Valley Forge National Park. Mr. Jones* was a kind but tough man, who wouldn’t let you get away with anything. I was intimidated by him, especially as someone who had actively renounced the church, but I also deeply respected him.

One fall, we got word that the KKK would be hosting a rally at Valley Forge. Valley Forge is a sprawling park of grass and forests filled with history, deer, and monuments to the founding of the United States. In the winter of 1777–78 George Washington’s rebel army camped out Valley Forge, awaiting attack from the British occupying Philadelphia across the river. Hundreds of soldiers died that winter in Valley Forge, but when the rebel army left the encampment in June of 1778, they were stronger and more prepared than when they entered. The rebels defeated the British under Lord Cornwallis at the Battle of Monmouth, and went on to win the fight for American independence.

Two-hundred and thirty years later, the Ku Klux Klan was using this very land to promote their hatred — and Mr. Jones, a black man who they would rather see dead, was in charge of providing their protection detail. I was appalled. I asked Mr. Jones, “How can you protect them when they want to kill you?”

Mr. Jones was quiet for a minute and thought. Then he replied, “Because this is what Washington’s men died here for.”

Freedom of speech is a uniquely American concept. Even other European countries with whom we are closely allied lack the same protections that our First Amendment provides us. For many on the left, this fundamental freedom often brushes up against our desire to protect the most vulnerable among us. The desire to shut down speech we disagree with feels justified when the speech is hateful and only causes harm.

I asked Mr. Jones why he didn’t ask to switch shifts with someone that day so he didn’t have to protect the Klan. He told me that he wanted to be there, he wanted Klansmen to see him, a black man, defending their rights. He had specifically asked to be on their detail.

It’s probably a good thing that companies can make their own decisions about what speech to allow or not. Forcing a platform to host content they disagree with and would rather not host is a form of compelled speech in and of itself. However, some companies are so big as to function essentially as public forums. Yet, they are still able to choose which speech to allow or not based solely on the content. Twitter, Facebook, and Google, for example, are spaces where the general public congregates for discussion, yet certain viewpoints are systemically discriminated against. Most of the time, I disagree with the views that are being silenced and am glad to see them gone. But what happens when your views fall out of public favor?

When I was heavily involved in animal rights, I participated in illegal speech. Despite the First Amendment, animal agriculture corporate lobbyists have succeeded in making certain speech illegal. In many states, these “Ag-Gag” laws have not been struck down as unconstitutional. My goal was to dismantle the entire animal agriculture industry — one of the most powerful industries on the planet and to create a world of total animal liberation. I knew then how important free speech was. While my friends and comrades were being thrown in jail for their activism, it was not hard to imagine a future where all speech calling for animal liberation was banned on Twitter for Facebook — after all, these companies make major ad revenue from the animal agriculture industry.

Ten years after that KKK rally in valley forge, I was starting to really understand Mr. Jones’ lesson. If I wanted free speech for myself and my activism, I needed to support free speech for all. People were already calling my organization “terrorists”, “violent”, and “hateful” for trying to liberate animals. What if they started saying animal liberation was hate speech? What if the government didn’t let us hold rallies and protests? What if Twitter was able to prevent us from getting our message out? How would we ever save those billions of innocent lives?

A few years later, and I find myself in this exact position. Defending women’s rights is now seen as hate speech on major platforms like Twitter and Facebook. Women are being silenced, banned, and de-platformed for defending their rights. In countries where there is less freedom of speech, cops are knocking on the doors of feminists. There are relatively few online spaces where people are allowed to express dissent any more, as major corporations keep a tight leash on public discourse. While treating public forums like Twitter and Facebook as such and requiring them to become a nationalized utility would go a long way to creating spaces for free speech, this is unlikely to happen. Creating privately-controlled places which allow dissent and unpopular opinions, in the spirit of free speech, will become more and more vital to maintaining anything resembling a free nation.

Speech that is pushing up against corporate interests and the status quo needs to be protected — no matter what side it is coming from.

Washington’s soldiers did not freeze and starve to death in Valley Forge so that corporations could control our speech. Mr. Jones knew that protecting the rights of the KKK on that September afternoon meant protecting the rights of all Americans, including activists like myself. Now, as I find myself defending the values of free speech to well-meaning progressives, I’ve been thinking a lot about Mr. Jones. I think he would be proud.