New collection of research analyzes why some conservation initiatives outperform others. 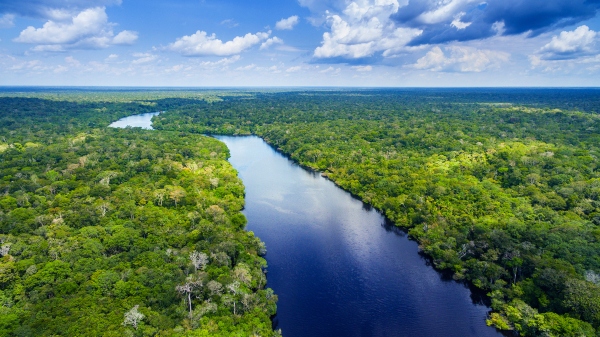 Numerous types of forest conservation policies are being implemented in the tropics today. Alongside traditional instruments like protected areas, other initiatives including development programs, certification schemes and payments for environmental services (PES) are also being carried out.

Yet rigorously-quantified knowledge about what works and what does not work remains highly-fragmented, especially for incentive-based tools.

A new collection of studies that evaluate the effectiveness of tropical forest conservation policies attempt to change this. Scientists compiled new evidence and insights from 13 evaluation studies of forest conservation initiatives covering eight countries across four continents. Considering how scarce the current evidence base is, this new research provides innovative food for thought.

Conservation effects were calculated in terms of annual forest cover change. Four studies in the collection looked at the effectiveness of protected areas in Brazil, Chile, Costa Rica and Indonesia. They showed incremental conservation effects in the range of 0.08 percent to 0.59 percent per year.

Three additional studies from Brazil measured the effectiveness of other command-and-control policy tools within the mix of instruments that have jointly helped reduce Amazonian deforestation by more than two-thirds since 2004.

Forest law enforcement was found to reduce annual forest loss by 0.13 percent and 0.29 percent respectively. Meanwhile, a jurisdictional conservation approach that involved budgetary incentives with local governments in the Eastern Amazon contributed to reducing deforestation rates in some, but not all, years studied.

The research collection also examines incentive-based approaches to conservation by looking at two PES schemes in Costa Rica and Mexico.

The Costa Rican program exhibited intermediate forest conservation effects of 0.32 percent per year, whereas the sub-national Mexican scheme boasted a strong 2.91 percent annual conservation increment. The long-term effects of PES were evaluated by a study on a sub-national payment scheme in Colombia where impacts were almost entirely maintained even after the program ended. Thus, where a previous meta-study had mostly found low environmental impacts from PES schemes, these new studies paint a somewhat rosier picture.

What works and what does not in forest conservation is more than a question of choice between policy instruments. Both instrument design and the implementation context matter significantly.

Three studies featured in the research collection also examined the socioeconomic and development impacts of forest conservation policies. PES in Costa Rica were found to be welfare-neutral, whereas community-based forest management initiatives in Tanzania and Namibia exhibited significant positive effects on health and educational outcomes.

Apart from providing empirical evidence on the effectiveness of forest conservation policies, the research collection also features methodological contributions that focus on the challenges involved in evaluating area-based policy interventions and PES programs.

What works and what does not in forest conservation is more than a question of choice between policy instruments. Both instrument design and the implementation context matter significantly.

It is possible to design and roll out effective tropical conservation policies that do not hurt the welfare of rural populations. Effective conservation is not merely about choosing the right policy tool. It is just as much about identifying the adequate policy mix, and designing customized interventions that fit local and regional contexts.

To learn more from conservation impact evaluation in the future, we need more innovative studies that go beyond average treatment effects to link variable performance in space and time to variations in instrument design and in underlying environmental pressures.

Previously published on forestsnews.cifor.org and is republished here under a Creative Commons license.
—