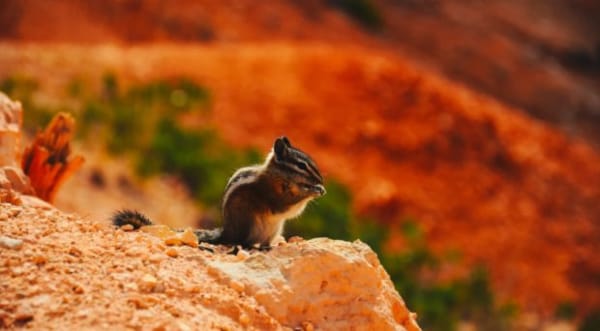 The answer begins more than a century ago, when an ornithologist named Joseph Grinnell initiated an intensive series of surveys of what is now Yosemite National Park. Grinnell and his colleagues from the Museum of Vertebrate Zoology (MVZ) at the University of California, Berkeley, spent multiple summers traversing the mountains of Yosemite, collecting specimens, recording their observations of nature, and generating the first detailed characterization of the vertebrate fauna of this region.

Fast forward 100 years. While Yosemite is now a well-known tourist destination, it has been protected from many of the land use changes that have impacted other parts of California. Nevertheless, the climate in Yosemite – as in most of the world – has changed and the park now experiences higher mean annual temperatures and lower mean annual rainfall than when Grinnell visited.

What effects have these changes had on the vertebrates that live in Yosemite? To answer this question, researchers from the MVZ chose to retrace Grinnell’s footsteps – from 2003 to 2005, they resampled the same transects that had been visited a century earlier. The result is an unprecedented record of faunal change in western North America.

The specimens, photos, and field notes generated by these historical and modern surveys of Yosemite also provide an incredible opportunity for students to engage in authentic, inquiry-driven learning experiences aimed at equipping them with the conceptual foundation and practical skills needed to address real world challenges such as climate change.

To demonstrate the role that natural history collections can play in innovative instruction in biology, we have developed an educational module built around the specimens and other data collected as part of the MVZ’s surveys of Yosemite. The module, which began as part of the AIM-UP! educational network, focuses on two species of chipmunks from Yosemite that are characterized by very different responses to the past century of environmental change.

Specifically, while the alpine chipmunk (Tamias alpinus) has experienced a significant upward contraction of its distribution in Yosemite, the partially sympatric lodgepole chipmunk (T. speciosus) has undergone no appreciable change in distribution.

Building from this simple, initial observation, the module uses data obtained from the Yosemite surveys to engage students in exercises that investigate the impacts of changing environments on multiple aspects of organismal biology. In the process, students encounter many of the underlying ecological and evolutionary concepts, they develop hypotheses regarding responses to environmental conditions, and they learn how to extract, organize, and analyze the data needed to test their hypotheses. In short, they practice science.

These features are not unique to our module, so what makes the use of natural history collections “big data” particularly compelling? Our experiences as educators indicate that it’s the specimens – even if students do not have the opportunity to interact directly with museum specimens such as the chipmunks collected by Grinnell, they understand that these were real organisms that were documented by real people working – in some case a century ago – to document the biology of a place that can still be visited today.

By integrating place-based learning, inquiry-driven activities, and constantly expanding, freely available online resources, the module allows students to develop new scientific skills while gaining an understanding of the complexity of biological relationships, including potential impacts on humans. Because natural history collections occur worldwide, instructors can use the foundation provided here to develop exciting learning activities that are relevant to the organisms occupying almost any part of the globe.

This post was previously published on SpringerOpen and is republished here with a Creative Commons License.