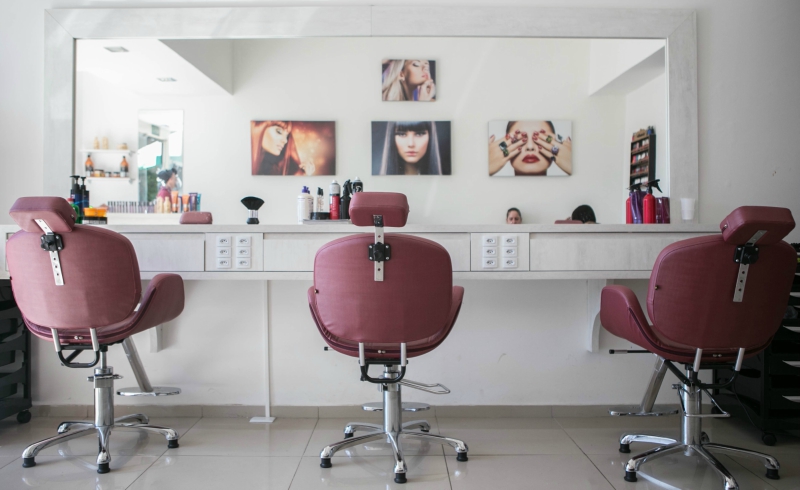 I had gotten my hair cut at this particular salon before.

It’s right around the corner from my apartment. At this time, though, it had just come under new ownership. Instead of two male stylists, the shop was being run by one woman.

I had seen through the plate glass windows that she altered the decor to be more luxurious and more feminine, but I didn’t mind that. Why would I? Where I got my hair cut — and by whom — didn’t seem to matter.

As I walked over to the salon to ask for an appointment, I had no idea that I was about to feel very differently about that.

A little background about me:

I’m not a hyper-masculine kind of guy, and I’d describe myself as comfortable in that skin. In an era where you can’t speak publicly about your identity — much less anyone else’s — without being heavily criticized by one or another cross-section of society, it’s just something I never thought too much about.

Some would label me “privileged” in that sense, and I guess I’d be inclined to agree.

I am a big believer, though, in the importance of “knowing what you don’t know;” in other words, keeping up an awareness of the limitations of your own perspective. It just happened that at this time, I didn’t know what I didn’t know.

So, I walked in the salon without a care on my mind (probably an exaggeration, but that’s what it seems like in hindsight).

The stylist, in the middle of dyeing another customer’s hair, looked up at me with surprise — not the welcoming nod or smile I probably expected.

There was no greeting, just an awkward moment of silence, so I decided to break it.

“Hi,” I said, “Can I come back in a little while for a haircut? Around five or six o’clock maybe?”

“Haircut?” she asked. I sensed there might be a language barrier at play (this story takes place in a very multicultural European capital).

She shook her head.

“No haircuts for men. Women, children only.”

I heard myself repeating her, probably because I was sure there was a mistake. “No haircuts for men?”

I blinked a few times, then backed out of the doorway.

I walked home to my apartment, feeling a strange new mixture of emotions.

I felt awkward. I felt embarrassed. I felt angry.

But in all the instances I can think of, I was rejected because of a lack of skills or desired qualifications.

This was the very first time I’d been rejected simply because I was a man.

There is a history of people being denied something they wanted or needed just because of who they are — the color of their skin, their gender, their heritage, their hairstyle, their age — and that history contains enough chapters and books to fill entire libraries.

In other words, it certainly wasn’t a foreign concept. It’s just that it had never happened to me.

Initially, I felt annoyed enough that I was tempted to leave a negative Google review. Pretty quickly, though, the frustration gave way to curiosity.

I don’t know why this particular stylist refused to cut men’s hair, but any number of cultural differences could account for it. Islam, for instance, discourages its followers from having their hair cut by members of the opposite sex.

I remembered that the previous owners were from Muslims from Afghanistan. What if this woman was too?

It was even possible that she, under threat of some kind of punishment, wasn’t allowed to cut my hair (whether by a husband, brother, father, or even female family member). Or, you know, maybe she just didn’t want to.

These thoughts were just a jumble in my head at the time, and I didn’t have any real grounds to make assumptions on. All in all, I figured, it was just a lesson to me that there are a lot more possible sides to a situation than are immediately obvious.

Actually, this was just the start of the lesson that was in store for me.

Being denied a haircut on the grounds of my chromosomal makeup sent me down a sort of philosophical rabbit hole.

Men, women, haircuts — what’s the big deal? Isn’t the hair the same? When we choose wigs, does it matter if the hair came from a man or a woman? Apparently, some even contain hair from other animals.

In the weeks that followed, I started paying more attention to advertisements and businesses offering beauty services. Many of them — most, in fact — seem clearly designed and marketed for one sex over the other, the same way that beauty products like shampoos, razors, and deodorants are.

This might seem obvious, but once again, it was something I’d never had a reason to particularly care about.

The next realization I had might seem downright trivial at first glance, but in terms of me grasping the reality of gender differences, I promise that it couldn’t have been more drastic

It costs more for women to get their hair cut.

And I mean anywhere from a little more to way more, depending on the salon.

I guess I’d never bothered to note the prices listed for anyone who wasn’t me. When I talked to my wife about it, she just looked at me like I was dense. For her, expensive haircuts were a fact of life.

This is crazy, I thought!

What if the woman has even shorter hair than mine, and just wants it buzzed anyway? What if she’s had a double mastectomy and short hair? What if “she” identifies as a man? Where is the line drawn for what is “non-female” enough to get a cheaper haircut?

On the other hand, what about men with long hair, like several of my good friends? Do they pay extra? Should they? Is this something that salons and barbers are willing to negotiate on?

What is the fair rate for a pre-op, transgender man who has long hair but only wants a trim?

How do businesses deal with this, and why aren’t prices simply based on style, length, or time spent on the cut?

I had always thought of myself as more or less fair-minded. My wife, however, accused me, on multiple occasions, of being overly skeptical about issues of inequality. In short, this was the experience that caused me to finally admit she might be right.

I’m far from the first person to ask these questions. In fact, the haircut gender divide has been the subject of more than one in-depth investigative report.

Stumbling onto the topic in my own unique way, though, helped drive home the point that there is so much I don’t know — and will probably never understand — about the small (and large) injustices that are faced every day by people who don’t look or sound or move or think like me.

In this case, it was right there in front of me, undeniable. If my wife and I wanted the same haircut, she would have to pay more (at least at most salons).

What other grievances did women have to put up with that I’d never even considered, or worse, had heard of but dismissed? What about people of color? What about members of cultural or ethnic minorities?

I’m not a “social justice warrior.” And I suppose that one day, down the line, I could be.

But for now, I can at least say that I’m more open to the idea of social injustices happening all around me. And that’s a start.

P.S. It’s also been demonstrated — quasi-scientifically — that if you factor in the average number of haircuts per year, then men tend to spend more getting their hair cut than women. However, the point stands that for identical services rendered, a woman is typically charged more.