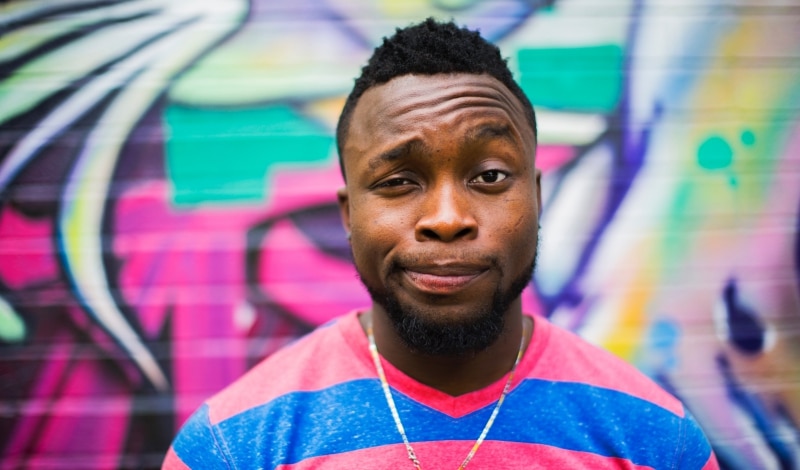 *names have been changed.

My friend Quentin* came to visit me for the weekend. Within a few hours of his arrival, Quentin told me “Um, your roommate Kylie*? She’s trying to get it. She’s mega thirsty.”

“It” meaning his body. She wanted sex. With him.

I ignored him because Quentin is the kind of guy who always thinks women are trying to have sex with him. Or at least find him attractive. “Whatever dude,” I said, “she just feels comfortable around you.” I blew him off.

Later that evening we’re watching TV and Kylie came out after taking a shower wearing her bathrobe hanging very loose. I could see her cleavage and most of her left breast.

If she wants to dress like that — no problem. I walk around the house in my bra most the time so I don’t care.

But I’ve lived with her for eight months and she’s never walked around in her bathrobe after a shower. Let alone letting her breasts hang out. She’s usually a bit self-conscious of her body.

Suddenly, instead of laying on the carpet with her two french bulldogs, she was squeezing next to Quentin on the sofa and flirting with him.

The next day Kylie continued her flirty behavior, wearing revealing clothing and asking if Quentin slept alright on the couch. “If you’re uncomfortable you can crash in my bed. It’s a queen so there’s room,” she said nonchalantly.

On Sunday night Quentin flew back to Los Angeles and things went back to normal.

I never confronted Kylie. And I think I know why.

If the gender roles were reversed, with my girlfriend visiting and my male roommate wearing revealing clothing and hitting on her, I would have immediately said: “Yo dude, put your clothes on and leave us alone.”

I didn’t feel like Quentin was in danger though. I also thought maybe he wants to sleep with Kylie, so I won’t get in the middle.

But reflecting on the weekend, I realize he felt very awkward because of her behavior. And because she’s my roommate and he’s living in the same house with her, he couldn’t react in the same way he might have with a stranger. The stakes were higher.

Why did I feel it acceptable for a woman to push herself and be sexually aggressive towards a man? Especially when I would be offended and take a stand against a man doing the same thing towards a woman?

Historically, women usually didn’t have a say when men made advances on them, so I’m sensitive to supporting women in any unwanted sexual situation. But I didn’t think men have to deal with this very often. And because men are usually the pursuers I thought Quentin might even enjoy being on the receiving end of a woman’s sexual advances. At a minimum, I assumed he didn’t warrant the same concern.

But I have to acknowledge — Quentin felt extremely uncomfortable. And it wasn’t until after he left that I realized just how delicate the circumstances of him trying to dodge her advances while not offending her really were.

It was my duty as the person responsible for bringing them together to take a stand. If someone feels uncomfortable with sexual advances, we must speak up, regardless of gender.

I’m a bit conflicted because I feel these uncomfortable advances can be good for men to experience. It helps them understand what many women go through. And they should get a dose of their own medicine.

But it’s not fair to push the burden of all men on to one individual. And probably unrealistic to expect women to receive fair treatment if we don’t give that same treatment to men.

Allowing men to be sexually abused to teach them how women feel is like oppressed people becoming terrorists and taking their anger out violently on others. It makes the world a worse place and doesn’t teach anyone how to be a better person.

Next time I will defend my friend. No matter their gender.