With the future of the motor industry now clearly pointing toward electric vehicles, the traditional carmakers are desperately trying to make up for lost time and adapt their plans accordingly. 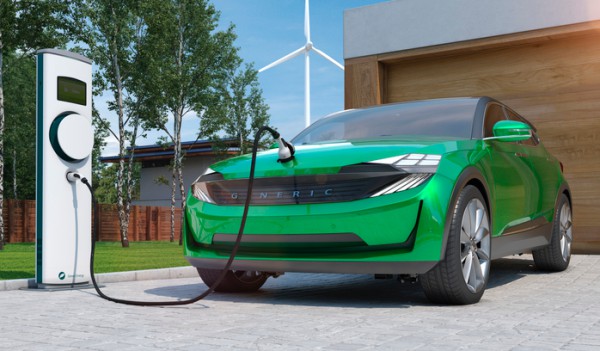 With the future of the motor industry now clearly pointing toward electric vehicles, the traditional carmakers are desperately trying to make up for lost time and adapt their plans accordingly.

This won’t be as simple as they probably anticipated, but it’s certainly going to change how things have worked until now: Volkswagen, frantic to clean up its image after dieselgate, is hugely optimistic about the evolution of electric vehicle sales and intends to anticipate its plans to sell one million units within two years, despite its platform’s many software problems. Volvo unveiled its first electric vehicle in October 2019, and says it will introduce a full electric new model, not a hybrid, every year until 2025. GM and Volkswagen have also said goodbye to hybrids, an utterly useless technology, and more and more manufacturers, not only of luxury cars such as Lotus, Jaguar or Porsche, but also of mid-range cars, are trying to reach a market that is no longer a niche, but according to reports, is consolidating itself as the logical and intelligent option.

What is driving the growth of electric vehicles, despite attempts by dealers to slow it down? Electric cars are simply a superior technology to the obsolete internal combustion engine. This explains the growth of this market in China, where Tesla’s factory is already up and running in record time, as well as how easily new projects such as Rivian or Turkey’s Togg attracted financing, along with plans for California’s school and city bus fleet to go electric, matched by New York’s municipal fleet. Meanwhile, Los Angeles is considering forcing companies such as Uber or Lyft to go all electric in their fleets.

Electric vehicles are much cheaper to operate and maintain, as any owner can testify: home recharges have little impact on your electricity bill, and maintenance is minimal, much to the chagrin of dealers. What’s more, these vehicles are so much more fun to drive, offering top of the range performance, without gearboxes. To see a gearbox as some kind of supposed advantage when an electric motor offers you all its power and acceleration every time you press the pedal is a pathetic form of denial of reality and a justification of a technological limitation that causes real hilarity to anyone who has ever tried an electric car.

The myths peddled for years by the oil industry no longer stand up to scrutiny: electric vehicles do not generate — as was already obvious to anybody with an ounce of common sense — more emissions than internal combustion vehicles, even factoring every aspect of power generation; and diesel engines, however modern, are much more harmful to the environment, which is why brands such as Fiat-Chrysler, Honda, Porsche, Subaru, Toyota and Volvo have already said they’re abandoning this technology. Manufacturers with a minimum of environmental awareness further highlight this contrast.

It can take time for markets to react to change, but eventually they do. What we need now is to demand political will, not just to support the introduction of the electric vehicle, which is also important and has been shown to work, but to demand the rapid end of internal combustion vehicles that poison us all and whose use is not and should not be considered anyone’s right: no one should have the right to poison others. Restricting their movement, increasing taxes on their purchase and fuel, and modifying technical inspections of vehicles to exclude anyone who emits more than a certain level of pollutants, are the measures we need. Ensuring the right of citizens not to breathe in poison is something that every politician should consider a priority. The electric vehicle is not only a change towards a superior technology, it is also the key to changing our energy and economic model to one that benefits us all. If you still haven’t understood this, then wake up and smell the fresh air.

This post was previously published on Enrique Dans and is republished here with permission from the author.
—