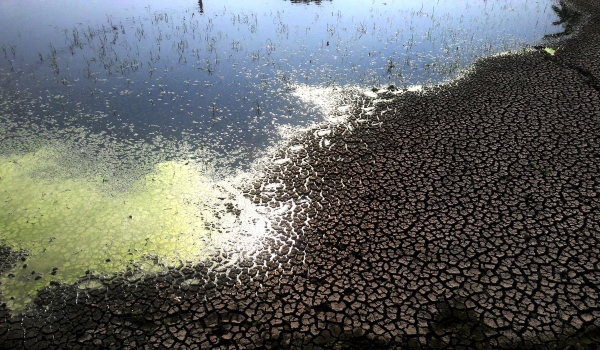 LONDON, 15 September, 2019 − By land and sea, some of the planet’s hot spots are already above the temperature agreed by scientists and politicians as the maximum allowable to prevent a disastrous climate crisis.

The limit was accepted by 195 governments in the Paris Agreement, reached in 2015: it committed them to preventing the global average temperature rising by more than 2°C (3.6°F) above its pre-industrial level, and doing all they could to keep it below 1.5°C. It is making slow progress.

But a novel study, an analysis of scientific data by a leading US newspaper, says that about 10% of the Earth has already passed the 2°C level, with roughly twice as many hot spots above the 1.5°C mark.

The analysis, by journalists on the Washington Post, examined four global temperature data sets, from the 1800s to the present. It found that dangerous hot spots are spreading, both on land and in the seas.

Using data from US federal scientists as well as several academic groups, the journalists find that over the past five years − the hottest on record − about 10% of the planet has exceeded warming of over 2°C, or 3.6°F. Areas that have warmed by 1.5°C are about twice as common, already beyond 20% of the Earth’s area over the last five years.

“Much more than just the Arctic has crossed this threshold. Depending on the analysis used, we see 2°C of warming in much of Europe, northern Asia, the Middle East, and in key ocean hot zones”

They acknowledge that some choices clearly push more of the globe beyond 2°C, especially choosing the very warm years between 2014 and 2018. They comment: “But the lowest total we got for how much of the globe is above 2°C was about 5%. That’s still an enormous area.”

The fastest-warming part of the world is the Arctic, but they say what they found applies far more widely than the far north: “Our analysis … shows that huge swaths of the region are above 2°C − if not 3°C”, they write.

“But we also find that much more than just the Arctic has crossed this threshold. Depending on the analysis used, we see 2°C of warming in much of Europe, northern Asia, the Middle East, and in key ocean hot zones.”

The analysis shows, they say, that changes in ocean currents are creating “dramatic” hot zones. Huge ocean currents, which transport heat, salt, and nutrients around the globe, are on the move, driven by changes in winds and atmospheric circulation.

And because these ocean currents are warm, when they reach new areas those areas heat up fast. This is a particular problem in the southern hemisphere, where changes have occurred in every major ocean basin, leaving distinct hotspots in the regions of the Brazil Current in the South Atlantic, the Agulhas Current in the southern Indian Ocean, and the South Pacific’s East Australian Current.

The newspaper’s analysis focuses on the Brazil Current, which shows a particularly rapid warming. But the writers say it’s not alone.

The Agulhas Current, which travels southward along the coast of south-east Africa before swinging east towards Australia, shows a warming of well above 1.5°C in many regions — and occasionally even above 2°C in some datasets and scenarios.

Scientists have been studying this change for nearly four decades, and the newspaper says it is significant. The Agulhas is now spinning off more rings of warm water that swirl into the South Atlantic, transporting heat and salt from the Indian Ocean and potentially affecting a global circulation of currents.

The analysis reports on the plight of Uruguay, where a fast-warming ocean hot spot, linked with the Brazil Current, has been associated with major disruption of marine ecosystems.

Clams are dying on beaches, ocean heat waves are killing fish, and algal blooms are worsening. Uruguay’s fishing fleet is now bringing up up more tropical, warm-water-loving species in its nets.

The journalists point out that while fish can swim elsewhere, that’s not always an option for other species, including humans. Some species may adjust easily − for instance, many fish swim towards cooler waters nearer the poles. But shellfish and corals have to stay put. Fishing communities depend on specific fisheries, and may not be able to move or adjust.

The Paris Agreement deals in global averages, and by definition there are exceptions to averages, in both directions. So this analysis can expect to be received with some scepticism.

But the writers are convinced that the climate crisis is happening too fast for safety, and that more of the globe will be at 2°C very soon. The Post’s method considers five- and 10-year averages to identify which regions have already eclipsed 2°C. The past five years have been especially hot so, naturally, they show more of these hot spots.

But over the long term, they say, both averages are marching steadily upward. It just takes a little while for the 10-year average to catch up. − Climate News Network