The frontier letter article published in earth, planets and space, reported a potential connection between the El-Nino southern oscillation (ENSO) And the upper atmosphere. 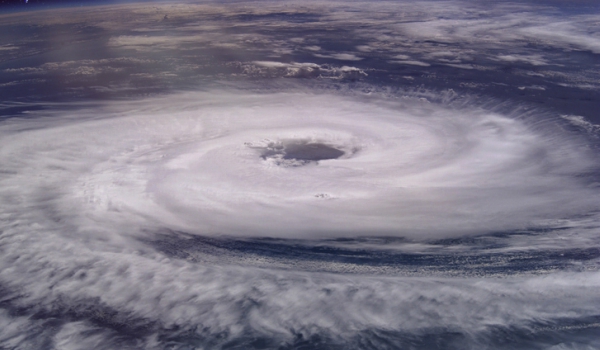 The frontier letter article by Liu (2016), published in Earth, Planets and Space, reported a potential connection between the El-Nino Southern Oscillation (ENSO) and the upper atmosphere. Using a long dataset spanning 46 years of the air mass density at 400 km height, the analysis revealed two oscillating modes of the upper atmosphere. One mode has a period of about 2 years and the other of ~5 years. The 5-year model is found to highly correlated with ENSO activity in the troposphere (Figure 1, upper panel) while the 2-year mode shows the correlation with the stratospheric QBO (Figure 1, bottom panel) likely modulated by the solar cycle.

This finding has important implications for space weather research and operations. Space weather refers to perturbations of the upper atmosphere, which is a critical region for modern space technology like wireless communication, global navigation and positioning, also orbit control of low-earth-orbiting satellites and their reentries. ENSO’s tele-connection with the upper atmosphere, hence space weather, tells us that in addition to social and economic effects we hear from the media, tropospheric climate change can also significantly influence the high-tech systems that strongly depend on space operations. 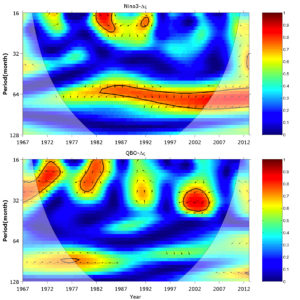 Previously published on Blogs.springeropen.com and is republished here under a Creative Commons license.