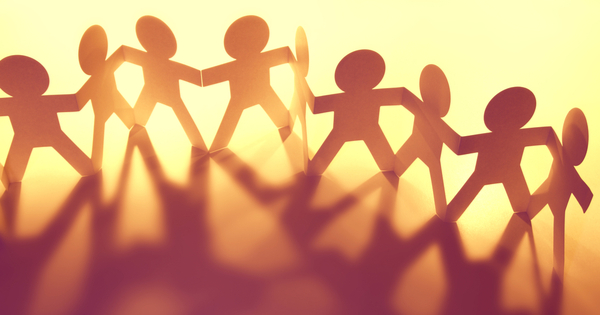 Outside magazine recently published a piece on Army Ranger school. Having graduated from Ranger school in my early 20s, I can confirm its accuracy. While you learn military tactics in Ranger school, it’s not really about learning tactics at all. It’s about putting you in crisis mode and seeing how you respond.

A senior leader recently remarked to me you can learn a lot about someone — and yourself — in a time of crisis. And that this time of crisis has shown we are stronger than we ever imagined.

And perhaps, sometimes, most devastatingly — we’re not as strong as other people expect us to be.

“But you’re a therapist, you went to war, you’re a Director, the last time we had a crisis you were a rock…”

If you’re not as strong in some areas as you want to be, or as strong as others expect you to be, that’s ok. Because it means you’re human.

You’re probably doing things now you thought you’d never have to do. Or could do. But you might also be struggling in some areas. Maybe you’re not handling having the kids home as well as you thought. Maybe being around your spouse 24/7 is more challenging than you realized. Maybe you live alone and not having any human touch for weeks on end makes the days and night even lonelier. Maybe you’re back home with parents and are having a tough time adjusting to that.

We all have low points, and we all have areas where maybe we’re not as strong as we think we should be. For those things you’re struggling with, I hope you find the people who you can turn to and lean on for support. And I hope you find the courage and empathy to be someone who others can lean on.

In the days and weeks ahead, I hope you find those teammates, friends, and family who can carry you if need be, and I hope you can help carry others when they need it.