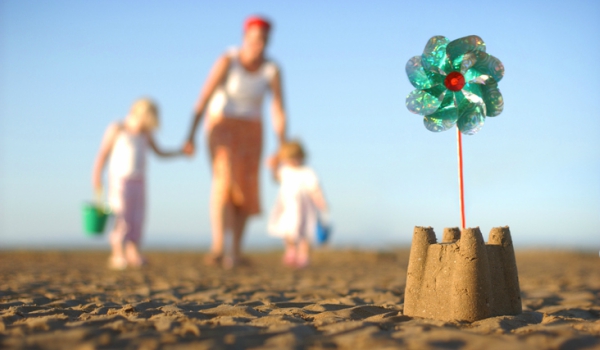 More Children Are Fatherless Than Ever Before

A father’s presence means a lot to a child, whether or not they realize it. If fatherless, it deeply impacts the child’s life.

The most important and influential role a man can have is being a father. But an increasing percentage of children are growing up without their biological father in their life. It’s an extremely worrisome reality. And while fathers are generally believed to be less vital than a child’s mother, this isn’t true. Statistics consistently show that a father’s presence makes a big difference.

In addition to the numbers, polls also show that fatherlessness is considered the most influential family or social problem by almost 3 out of 4 people in our country. If this were a disease, our government and the media would label it an epidemic.

We want to believe that households without both a mother and father can overcome these hardships and reduce the impact of the absence. Every child needs their mother, society agrees. And while single parents may try the best they can, statistics show that children need their fathers too.

The government and social agencies attempt to assist those without fathers, but the absence leaves a void that children may spend the rest of their lives trying to fill.

25% Of Kids Are Directly Affected

Approximately one in four children live without a father. This percentage has tripled since the 1960s.

Children from fatherless homes are exponentially more likely to have severe challenges in their lives.

In a single household, it could be argued that these results are by chance. But with the size of the sample groups used in recent research and polls, the correlation between fatherlessness and severe problems is clear.

What Do Dads Say About This?

What do dads say about this? Well, most dads say they spend too little time with their kids. When polled by the Pew Research Center, Six out of ten fathers felt this way. While most of them said this was due to work obligations, the second reason was that their children didn’t live with them. While these fathers are in their kids’ lives, they also remain partially absent.

This may be because fathers are inundated with subtle messages, telling them they are unnecessary, have little impact in their kid’s lives, or even pose a threat. Sitcoms and pop culture portray dads as uninvolved, incompetent, and unimportant parents. The message has always been that, in parenting, dads are the secondary parents

What Do We Do Now?

Despite society’s views on the role of the father in a household, the numbers don’t lie. Children are better off with their biological father in the house. We can see the symptoms of this all around us. Society needs to see this as a threat to the health and well-being of American children.

Hopefully, we can reverse this devastating trend. We need to appreciate the involved, caring, and nurturing fathers among us, as there are far too few. We need to set the bar higher for what a good father is. Fathers should be viewed as important as mothers, and also held to the same level of responsibility in caring for their offspring. The lifelong emptiness can be avoided by raising a child as a team.

As fathers and mothers, we truly make a difference in the lives of the next generation. The numbers are haunting reminders that we affect our children’s lives when we don’t do our absolute best.

3. National Principals Association Report on the State of High Schools

6. The effects absent fathers have on female development and college attendance (Franklin B. Krohn and Zoe Bogan, 2001)