Mums and dads, I have a request. It’s a request that’s going to land me all sorts of trouble, but I’m going to make it anyway. Please don’t use Father Christmas as a threat against your children. 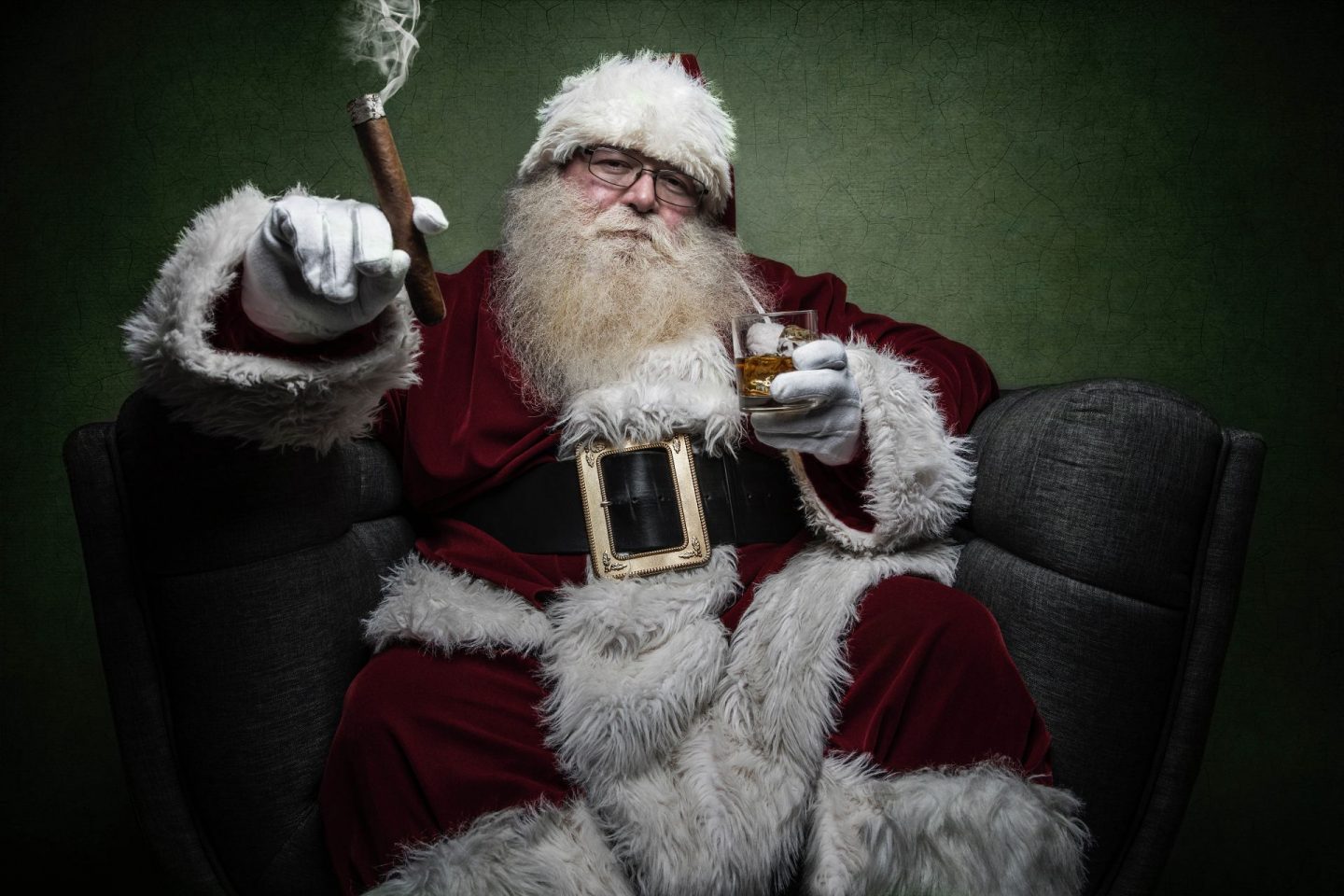 Telling your children Father Christmas won’t visit if they’re naughty is a horrible thing to do. I’ve just seen one individual make a comment on social media that I found upsetting because they’ve taken this approach to a ridiculous extreme.

Apparently, this individual told their kids the fire alarms in their house were Santa’s CCTV system. Some will find that funny. I was horrified.

It’s no secret, I’m not a fan of the whole Father Christmas thing. I know this goes against accepted opinion and how most of us, including myself, were brought up.

Thing is, us parents tell our kids the importance of being honest and then every Christmas we lie to them about a jolly chap who somehow gains entry to their home to deliver presents. We kid ourselves we’re doing it for their benefit, but we’re not really are we?

The comment I’ve often heard is that mums and dads like to see “the look on their faces” when little Jonny and Jane see the presents Santa has delivered. That’s mum and dad getting a kick out of seeing their kids receiving presents. The kids would be happy even if their parents hadn’t told them about the guy in the red suit.

Of course, there are those parents who take it too far and use Santa to control their offspring’s behaviour. Throw in a bit of technology like a fire alarm or a webcam and it all gets incredibly sinister and like something from the pages of 1984.

What makes it worse is the story behind Father Christmas which is a genuinely wonderful tale. For those who aren’t familiar with it, I’ll give you an abridged version.

Back in the days of the early church there was a Bishop from Turkey known as Nicholas. He knew of a family in need and coming from a wealthy background, he secretly dropped bags of money down their chimney at night (the design of houses in Turkey during this era meant it was very easy to gain access to the roof. I could go into it, but as I said, this is the abridged version!).

It’s a great example of charitable giving and thinking of those most in need. Telling your kids Santa won’t show up because they’re being a bit demanding isn’t really in keeping with the spirit of Christmas.

For our family it’s all academic. I didn’t want to go along with the Father Christmas thing in the first place, but under pressure from family, friends, acquaintances and people I don’t know, I was kind-of forced to. If I hadn’t, I’d have been The Worst Dad in the World, although I got the once concession and my wife. She agreed she would explain the reality of the situation to the kids when the time came and she was true to her word.

Things began to change a couple of years ago. Helen discovered from school friends that Santa wasn’t real. Although no tears were shed, she was obviously a bit upset but very quickly adjusted to the reality of the situation.

Izzy figured it out early this year when she was just six years of age. I was quite surprised she worked it out at such a young age, but she did so with little more than a shrug. She really wasn’t bothered.

Our challenge has been to stop Izzy talking about the fact Santa isn’t real in front of her friends. The importance of this was rammed home to me a couple of weeks back. A mum asked if she could have a quiet word with me. She’d booked her family on a trip to Lapland to meet Santa, but Izzy had been overheard making one or two comments questioning the existence of the Man in Red.

Naturally I had words with Izzy. This, however, made me feel a bit bad because I had to make her complicit in the whole ‘Santa is real’ thing.

Tell me, do you tell your kids Santa won’t come if they’re naughty? If so, are you completely comfortable with the situation? Perhaps you think I’m totally mad for thinking the way I do? Whatever your thoughts, I’d be delighted if you left a comment below.