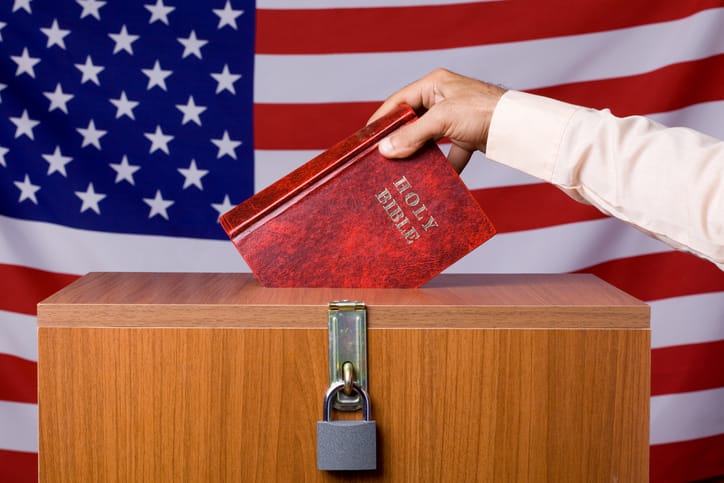 I found out something about myself: I thought I had an endless reservoir of contempt for bad faith arguments and willful asininity.

Not unlike many of my fellow citizens, I have wallowed now for some time in the fetid bogs of America’s current political moment. Such indiscriminate slopping about in the fever swamps has left me feeling not only polluted and exasperated but exhausted. Which exhaustion surprises even me, since I have traditionally found myself capable of summoning righteous indignation faster than a Republican attacking the taxation of yachts, private planes, and vacation villas in Tuscany.

For someone who spends as much time thinking about politics as I do, the impulse to walk away from the sound of the talking heads feels unfamiliar. But I feel it more and more lately. And in some respects, I think the urge is healthy, a form of mental and emotional self-preservation. Everyone needs a little distance from those high-intensity spaces that threaten to consume us, whether it’s politics, sports, or a particularly annoying member of your family—or perhaps some combination of the three. In the event of a decompression, secure your mask on first, and then assist the other person… and so on.

But taken a step too far, an instinct for preserving one’s mental health can easily devolve into self-indulgent solipsism. “Taking a break” can imperceptibly turn into “checking out.”

And as tempting as such a Dr.-Leo-Marvin-take-a-vacation-from-your-problems move might be, it does nothing to remedy the underlying problems laid bare by our politics. Whether or not we pay attention, there are still immigrant children dying in cages, black children dying at the hands of law enforcement, LGBTQ children dying by their own hands, sick people dying for lack of healthcare, women dying at the hands of men who—though they might never say it—hate women, houseless people dying unsheltered in the cold wet night, and a planet dying with its mouth on the garden hose protruding from humanity’s exhaust pipe. It takes an enormous amount of privilege or a tremendous lack of self-awareness to be able to feel safe enough in the world to choose not to pay attention when death presents such an array of imminent targets.

A common argument against the impulse to settle in your comfy pajamas with a quart of Ben & Jerry’s and block out the world is some variation on Martin Niemöller.

The upshot of Niemöller’s famous utterance is that by not speaking up for the vulnerable, we’re not only complicit in their oppression, but we also aren’t serving our own longterm self-interest.

I suspect that admirer’s of Niemöller will take issue with what appears to be my rhetorical dig about “serving our own long-term self-interest.” But frankly, I’m not sure what other conclusions we are left to draw from his words. Taken at their most straightforward, they amount to something like, “After reflecting on the awfulness that has befallen me, all things being equal, I think I might have avoided my current predicament if I’d spoken out for other people before the black boots started goose-stepping up my front steps.”

I don’t want to be misunderstood. Speaking out for others is an unquestionably good thing, even if it’s predicated on an attempt to set a hedge of safety around oneself. On the other hand, if every moral decision is a calculation of self-referential utility, then our common life can’t help but be hopelessly transactional in nature—a more socially beneficial form of solipsism, but solipsism nonetheless. A thoroughgoing capitalist morality, with all the emphasis on a private cost-benefit analysis and a reckoning of personal return on investment, can benefit others… but only as a consequence, not as a primary moral inducement.

But as someone who is trying to follow Jesus—a person executed by the State because of his revolutionary ideas about seeking the interests of the vulnerable and dispossessed over his own, and certainly over the interests of the powerful and wealthy—self-interested morality (enlightened or otherwise) is merely the justification of selfishness. So much of what capitalism requires of us is ever more inspired ways of rationalizing our selfishness. Even charity, which otherwise has a fairly good reputation, helps those who have much simultaneously maintain both the current power disparities and a clear conscience.

In other words, capitalism forces us to see ourselves and our moral choices as individual in nature—even when those moral choices are pointed at helping someone else through charity.

Popular among activists these days is the slogan: Solidarity not charity. Put simply, solidarity is given to an equal, charity to a subordinate.

Solidarity sits at the center of the Apostle Paul’s concerns as he addresses the Corinthian church:

As it is, there are many members, yet one body. The eye cannot say to the hand, ‘I have no need of you’, nor again the head to the feet, ‘I have no need of you.’ On the contrary, the members of the body that seem to be weaker are indispensable, and those members of the body that we think less honorable we clothe with greater honor, and our less respectable members are treated with greater respect; whereas our more respectable members do not need this. But God has so arranged the body, giving the greater honor to the inferior member, that there may be no dissension within the body, but the members may have the same care for one another. If one member suffers, all suffer together with it; if one member is honored, all rejoice together with it (1 Corinthians 12:20-25).

Christians have, at least in Paul’s mind, a responsibility to others tout court. No hemming and hawing. No weasel words. No amazingly acrobatic justifications of selfishness.

Now, someone will surely try to argue that Paul is speaking specifically of the “body of Christ,” which is to say, “Christians”—which is therefore to say, not about anyone else. Such a response sounds suspiciously like another baptized argument for self-absorption.

My response to that is to say, “Okay, I guess. You really want to defend the proposition that we ought not to participate in community with non-Christians? Seriously? God must be so proud.”

All of which is to say, there can never be any state of affairs in which it is acceptable for those who wear the name of Jesus to ignore politics. For us to ignore politics, to “check out” because it’s too loud and doesn’t really affect us anyway, is to say to those whose lives are being trampled that, Jesus to the contrary notwithstanding, you’re just not someone we have to care about… and so we won’t.

It’s almost Christmas. To Jesus’ most enthusiastic hall monitors I say, “Let’s not shame Jesus any more than we already have.”

This post was previously published on DerekPenwell.net and is republished here with permission.