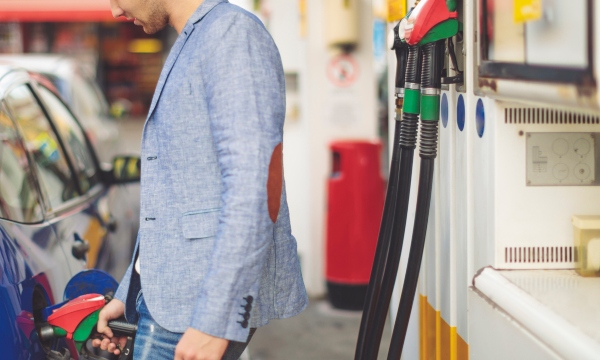 By 2040, the number of electric cars in the world could have reached 150 million, or even, if more ambitious targets for emissions reductions are adopted, 715 million. So says the International Energy Agency.

But the biofuel industry is not giving up without a fight. At the recent UN climate talks in Morocco, a consortium of 20 countries launched Biofuture, a platform designed to encourage the use of low-carbon biofuels, including the second generation of sugarcane cellulose-based biofuel. Brazil, the world’s second largest producer of both ethanol and biodiesel (the US is the largest) is leading the initiative.

Biofuels solution
Renato Godinho, head of the Energetic Resources Division at Brazil’s Foreign Ministry, played down the idea of a massive changeover to electric cars before 2050, saying: “Biofuels are an immediate solution. The climate cannot wait.”

Even if there were to be a massive replacement of existing light vehicles by electric models, biofuels advocates believe that the cargo and aviation sectors will be using biofuels for a long time to come.

Artur Milanez, manager of the biofuels department at the BNDES, Brazil’s development bank, says: “Even if electrification seems to make sense today, what will define things is the market.”

Another reason for Brazil’s enthusiasm for biofuels is that giving them a larger share in the economy will enable Brazil to fulfil its Paris Agreement emissions targets, reducing the use of fossil fuels. Petrol sold at the pump already contains 25% ethanol, produced from sugarcane. There are more than 400 sugarcane refineries in Brazil, expected to produce an estimated 26.3 billion litres this year, according to the Brazilian Sugarcane Industry Association.

Brazil began developing biofuels in the 1970s, when, as an oil importer, it was badly hit by the OPEC oil shock. Cars running on subsidised ethanol took over the internal market, but once the price of oil fell and Brazil began developing its own oilfields, petrol reasserted its dominance. Even so, many of the cars produced in Brazil today are still dual fuel, known as flex.

Brazil is leading the initiative for biofuels,
but it is allowing them to be grown
in areas that should be protected

Ethanol was traditionally produced by fermentation, but years of research in government-sponsored labs has resulted in what is called second-generation ethanol. Enzymes are used to break down the cellulose in the bagasse (the fibrous waste of sugarcane, maize and rice). Productivity has been increased by 50%, producing 10,000 litres per hectare.

This new technology has now left the lab and joined industry, but there are still some problems of scale. Once the technology becomes more widely used, it is claimed that Brazil could produce 45bn litres a year, using the area already planted with sugarcane.

“This is almost the 50bn litres Brazil needs to produce by 2030 if it is to meet its INDC [the intended nationally determined contribution to the emission cuts determined by the Paris Agreement],” says Milanez.

But such expansion can be problematic. Potential consumers, such as Germany, are wary because they are concerned that demand will lead to sugarcane being grown in the Amazon, causing deforestation, or will push out small farmers growing food crops, as has already happened in Africa.

This is a real threat, which could easily be avoided by a change in government policy, offering incentives to use the millions of already deforested and degraded acres that have been used as cattle pasture and then abandoned, and paying farmers for environmental services.

Under the present government, which is dominated by agribusiness interests, anti-environmentalists and climate deniers, it is more likely that deforestation will continue apace.

Vegetation loss
A WWF study forecast the clearing of approximately 10m hectares of the cerrado, the vast tropical savannah region of central Brazil, for agriculture in the next 10 years, unless there is a change in policy. It also projected a loss of 30% in the natural vegetation cover in the states of Maranhão and Piaui in the same period.

The western region of Maranhão contains an area of Amazonian tropical forest, while Piauí is a large state that borders the semi-arid area of the northeast.

Cássio Franco Moreira of WWF blames Brazil’s Forest Code, approved in 2012, which has allowed agricultural expansion in cerrado areas, where many of the country’s principal rivers, including those that flow through the Amazon, have their source, instead of encouraging sustainable agricultural practices.

Once again, Brazil presents a paradox. It is leading the initiative for biofuels, which could reduce carbon emissions. But it is allowing them to be grown in areas that should be protected. – Climate News Network