Singapore’s response to the COVID-19 outbreak has been widely praised around the world for its efficiency and is often cited as a model for other countries. 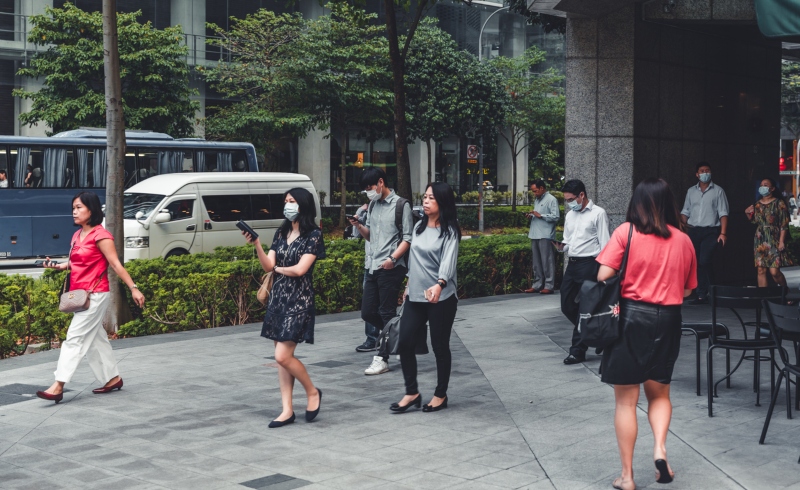 Singapore’s response to the COVID-19 outbreak has been widely praised around the world for its efficiency and is often cited as a model for other countries. But some netizens have raised questions about its sustainability, and even its effectiveness.

The country’s comprehensive health system is mainly credited for containing the spread of COVID-19. Widespread testing, rapid tracing of those suspected of having been infected with the coronavirus, medical treatment and hospitalization of individuals with serious symptoms, and an aggressive information drive are among the measures adopted in the country’s “all-government approach” to dealing with the crisis.

As of the time of writing, Singapore has 178 COVID-19 cases out of a population of more than 5 million.

Prime Minister Lee Hsien Loong has also been applauded for his public addresses providing clear information about the virus and disease, and the steps taken by the government to deal with it. His March 12 televised address underscored the government’s early preparation in the event the health situation deteriorates:

We are not locking down our city like the Chinese, South Koreans or Italians have done. What we are doing now is to plan ahead for some of these more stringent measures, try them out, and prepare Singaporeans for when we actually need to implement them.

But some social media users commenting on news reports have raised questions about the government’s approach.

For example, some netizens have rejected the claim by Deputy Prime Minister Heng Swee Keat that the government has been entirely transparent in dealing with the health crisis.

Additionally, the Minister for Trade and Industry, Chan Chun Sing, has been criticized for certain actions perceived as delayed or knee-jerk reactions that have almost undermined the campaign against the disease. It didn’t help that an audio recording of the minister insulting and poking fun at panic-buying shoppers was leaked to the public.

Terry Xu, editor of the independent news website The Online Citizen, commented on the initial confusion surrounding the availability of masks in the country:

If the government does not have enough masks for everyone to wear daily, then just be frank with it. It is simply irresponsible to be telling people that there is no need to wear a mask so as not to incite a situation where people would be clamouring to get masks.

He also mentioned some of the knee-jerk reactions of authorities raised by netizens such as the alleged belated decision to issue a travel ban for flights coming from China, the distribution of face masks after people complained that they cannot buy these goods anymore in stores, and enhancing the restrictions on Leave of Absence after finding that people are still moving around despite on LOA.

As more COVID-19 cases get reported, the government has attributed the increase to “socially irresponsible” individuals. For Taiwan-based Singaporean activist and blogger Roy Yi Ling Ngerng, this attitude reflects the government’s tendency “to shame people and victim-blame to get people to conform to [its] strategy.” (Roy was sued by Singapore’s prime minister for defamation in 2014.)

In his statements about the crisis, Roy did recognize Singapore’s outstanding public health infrastructure but warned about “loopholes in the system. He noted that “people on short-term visits aren’t covered under the low-cost/free regime for the coronavirus, which means some people might not want to be tested and fall out of the system.”

Singapore’s coronavirus strategy cannot be just a top-down approach that does not account for the feelings of people on the ground. It cannot be a do-what-I-say-because-I-have-everything-put-in-place approach. It doesn’t work that way because in times of crisis, people do react, whether in a rich or poor country, democracy or authoritarian. People are the same no matter how much you control them or if they run free.

In another Facebook post, Roy reminded officials to be sensitive to the reasons for the initial panic buying in the country, hinting that the country’s political system is also in need of democratic reform:

It would require the government to take immediate steps to be transparent and to engage citizens in helping out in the management of the crisis. You need to trust citizens, instead of accuse them of being idiots, stupid or an embarrassment. When people are trusted, they will come together to support not only the government, but one another. The question is whether, the government, which has operated on a system that has denied Singapore’s participation, would be able to do so, and change its approach.

Overall, Singapore is succeeding in its efforts to contain COVID-19. But some of the alternative perspectives being expressed on social media are also helpful in understanding the complexity of addressing the COVID-19 outbreak at state level.

Previously published on globalvoices.org and is republished here under a Creative Commons license.
—