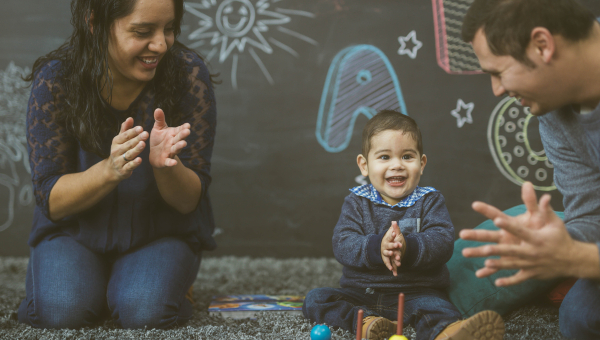 Have you ever awoke from a dream that was so intense and real that your heart breaks as you open your eyes?

I dreamt about him again, and its such a double edged sword because even though for the duration of the dream we’re together again, there is always the waking up that rips him away.

Divorce sucks, everyone knows that, divorce with your children involved even worse, but nothing is worse than divorce with a stepchild. Nothing.

Ethan was only one when he blessed my life. Having had a hysterectomy after my son, I always believed God wasn’t done with me as a mother, therefore he brought me Ethan. We had him in our home every other week for a week at a time, which is virtually unheard of at his age.

At first, it was hard to get used to, because my children were 5 and 7 at the time. Diapers, sippy cups and highchairs were a thing of the past. But, it took no time at all to fall in love with this blonde little sweetheart.

He always called me mom, because he copied my kids. It was hard because his mother hated it. It was something he chose and though I was uneasy with it at first, I grew to love it and to call him my son. Raising him was a joint responsibility in our home. In every definition and action I was his mother, and I loved him dearly, and still do.

Through battles in court, battles between my husband and his mother, I fought hard for this little kiddo. My love for him and my relationship with him, is what started my blog, and my parenting page. My children took to him instantly and we were a family. And then after three years, we weren’t. He was gone.

His dad left for another woman. He left while my kids were not at home, and while Ethan was with his mom. There was and has never been a goodbye on either end. My children were left heartbroken by the dual loss of a stepfather and brother. And, I, well…I haven’t seen Ethan since. Except in photos here and there.

That is probably why I still dream about him. In my dreams Ethan calls me mommy, and hugs me so tight as if to hold me over until our next date in our dreams. He caresses my face and tells me “I love you mommy” the way he used to do. This time I was so happy to see him that I was crying, and woke up feeling as though I was going to cry. My heart hurts, still, a year later.

It makes me hate his father, and the woman he left our family for. The woman who informed me it was better for Ethan and my children, to not see each other or the man that was a father type in their life. She has no children of her own, how does she know? She made the rules and he followed them.

While I’m thankful my ex is gone, and even more delighted that they two now are eachothers karma; I miss my son. I miss his laughter, his silliness, his sweet breathy voice and the way he loved me so. I miss him crawling into my lap, caressing my face and telling me stories about bullriding and hockey with his excited little boy voice. I miss him holding hands with his brother and sister and how excited he was to see them when he came home every week. I miss the 3 am tapping on my shoulder, saying “mommy can I snuggle you?”

Now, awake and emotional, I will go on about my day dealing with the loss of my son again. The sinking feeling in my heart, that dull aching pain which will exist unbeknownst to anyone throughout the day. I’ll suffer quietly because noone understands it and everyone expects it to go away because its been over a year. But, guess what? It hasn’t.

It hides away until we meet again in our dreams. I miss you Ethan, and love you always.

A version of this post was previously published on TotallyJessifiable and is republished here with permission from author.