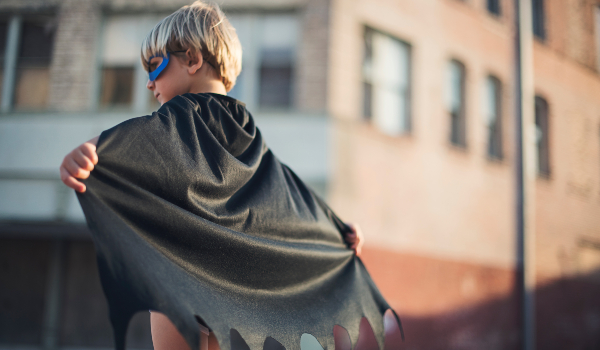 I was recently interviewed for a podcast and had my eyes opened to what white privilege is. I don’t take that phrase lightly as I don’t want to misuse it. I have probably never even said it (or wrote it) until now. I tend to avoid topics that I am not one hundred percent certain on. And I have not been one hundred percent certain that white privilege was even a thing, until now.

In talking to The Nasiona Podcast host, Julían Esteban Torres López, the topic of growing up Latinx, specifically Chicano, and its struggles came up. Of these struggles, the most prominent for me was and always has been my Spanish. Growing up a non-Spanish speaking Mexican-American was a little rough. It even stings to this very day, at the age of forty-five, that I am not fluent.

In our conversation, I relayed to Torres López how it felt to see presidential candidate, Julían Castro, admit in an interview on MSNBC that he was not fluent in Spanish. Castro’s reason is for not being fluent is the same reason why I and thousands, maybe hundreds of thousands, of Chicanos don’t speak Spanish; our parents and grandparents were discriminated against for speaking it.

When this Mexican-American presidential candidate shared that he has had the very same struggle I have had, I had an array of emotions go through me. I felt good. I felt proud. I felt joy. I felt confident. I understood what people feel when they talk about seeing people “like them” on stage, screen, or TV. It feels awesome.

Most of all, I felt empowered. Empowered is not a term I use. I hate the word to tell you the truth. So many companies use it in their slogan or mission statement. It just seems so fake. Yet there

I was, seeing Julián Castro on TV and feeling what could only be described as empowered.

What Torres López said to me next was the eye-opening part. He said something to the effect of, “imagine feeling that way every day of your life. That’s what it’s like to be white.”
What? This is what white people feel like all the time?

Imagine being born into a world where people who look like you play the superhero in a movie, hold political positions, run a Fortune 500 business, win academy awards, etc. What a tremendous effect this would have on your well being.

I write about my travels to Guanajuato quite often, and this essay is no different. I have always seen Guanajuato as one of the safest cities I had ever been to, and I voiced my opinion about it all the time. People would agree to some extent but often express some words of caution. “Well, just don’t walk alone at night.” Or, “Don’t carry a purse unless you have to.” Or, “Don’t go anywhere you are not familiar with.” Blah blah blah. I was very dismissive of all these warnings.

I thought they were too sensitive, close-minded, and maybe even a little whiny. I rolled my eyes and scoffed. “I have never had any problems,” I said. To which someone responded, “Look at you!”

And so I looked at myself. I am a six-foot-seven and two hundred and fifty pounds (sometimes more, sometimes less) male. If I were a bad guy, I wouldn’t rob me either. No wonder I felt safe.
I was so safe that I didn’t even have to think about it. It was the furthest thing from my mind. To me, it didn’t exist. This, my friends, is privilege.

My circumstances made it so I couldn’t see a problem. But just because no one ever tried to rob me, doesn’t mean it didn’t happen. In fact, I knew girls who had had their purses snatched in Guanajuato, yet I remained oblivious. Or maybe I was in denial. Not my beautiful city!

Is it my fault that I am a big strong man? No, but it is my fault for not believing others when they say there is a problem. It is my fault for blowing them off and dismissing their complaints. It’s my fault for thinking they are overreacting or being too sensitive.

Remember Lambert? He was a lion that thought he was a sheep. He was a product of his environment. He grew up that way and didn’t know any different. There are many stories like this out there, but it’s not just a story plot. It is real life.

We are products of our environment, and if we don’t experience anything different, we don’t know of anything else.

Have you ever met anyone who didn’t know they were poor? They are so happy and content that you wanted to remind them, “uh, you do realize you’re poor, right?” I went to Mexico to do some volunteer work once. Based on the information I got from people, I was going to help some desperate people in need. “These people are so poor. They need our help.” When I spent time with one particular family, I found that they were the happiest people I had ever been around. They laughed, and played, had Sunday dinners together, and most of all didn’t complain about their 500 squared foot cinder block home with no plumbing. To us, they should have been miserable, but they didn’t know any better and as a result, enjoyed their life.

If a group of people can not know how bad they have it because they don’t know any different, can the opposite be true? Can a group of people not know how good they have it? Specifically, can white people not see what they are benefiting from and therefore think that white privilege doesn’t exist. Is this why they get offended by the mention of it or dismiss people who claim it exists?

Or do they get angry, offended, and dismissive because their privilege is taken away?

Let’s take a trip down my memory lane real quick:

Over three decades later, I remember these events like they happened yesterday. Why? Because they had a significant impact on my childhood. Between the ages of 7 and 14, these Latinx comedians, athletes, musicians, and actors gave me something to look up to. They reassured me that someday I could be in the roles that they were in. As a young Chicano boy, it was inspiring to see people who looked and sounded like my family and me on TV and in the movies. Now, imagine the impact of seeing a Latino in the White House would have had on me — or a Mexican Secretary of Defense, CEO of a billion-dollar company, news anchor, astronaut, General, etc.

As positive and impactful as seeing these Latinos on TV were, it’s unfortunate that I only have a handful of examples of them in my life between the years of 1981 and 1988. If I were white, I wouldn’t have had to make note of these events. They wouldn’t have been a big deal. Why? Because they are the norm. Young white children (especially [straight] boys) grow up surrounded by positive influences.

When it is not a historical event that someone of your race or ethnicity achieves a status or is featured as a lead character, that means yours is the norm. That is white privilege.

If it doesn’t exist, why are you mad?

Have you ever received something for free for an extended period only to have it abruptly taken away? How did you feel?

I used to frequent a bar where the bartenders all knew me. As a result, I would get most of my beers comped. At the end of the night, my bill would hardly be anything. Of course, I’d leave a hefty tip. Then one night, I got my bill, and it made me choke.

I wanted to say, “Excuse me, bartender. I think you made a mistake. I don’t usually have to pay for all my drinks.” I felt insulted and offended even though I had absolutely no reason to.
As a former employee and a regular, I had the privilege of getting most of my drinks for free for a couple of years, and when they took that away from me, I didn’t like it. Now imagine being on the receiving end of a privilege that started on the day you were born. We’re not talking about free booze here. We’re talking about a privilege that comforts, reassures, encourages, and empowers you every day of your life. Would you know it’s there? Probably not, but you would notice when it got taken away, and you may get a little defensive about it or even angry.

When a person/s of color (not to mention LGBTQ+) is put in the White House, wins an academy award, gets cast as Ariel, has a parade or a month of celebration in their honor, and that irks you, guess what? You are upset that your white privilege is being taken away. You may not agree that it exists, but that’s because you don’t know any different. That, itself is the privilege.