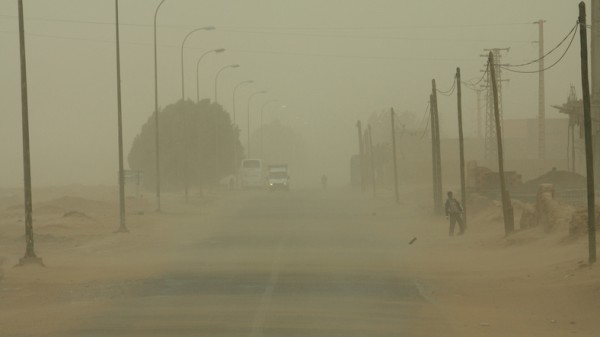 The speaker was a Republican congressman, and he was mansplaining what justified threatening the Ukrainian president with having to face Russian tanks without American-made Javelin anti-tank missiles.

The Javelins, once they have the infrared signature of a target, will pursue the target without further guidance and attack a tank from the top, where the armor is thinnest. The real boon to the infantryman confronting a tank is the feature it shares with the Israeli Spike: “fire and forget.” I use the scare quotes because I’m skeptical that somebody who has just fired a Spike or a Javelin really forgets it, but the ability to take cover or move on to acquire another target is no doubt appreciated.

In addition to the Javelins, the Ukrainian president wanted direct and public contact with the American president, preferably a face-to-face visit. The objective was to advise the world that U.S. policy to take the Ukrainian side against Russia had not changed.

Why would anybody think otherwise?

First, there was the mysterious change in the Republican Party platform from pro-Ukraine to pro-Russia. No Republican convention delegate serving on the platform committee would own up to causing or even favoring the change. Post-convention theories have centered on Paul Manafort, who had taken charge of the Trump campaign by the time of the convention.

Manafort is currently serving a prison sentence that will probably amount to life unless President Trump pardons him. Mr. Trump’s current personal lawyer, Rudolph Giuliani, has acknowledged consulting with Manafort to the end of changing the narrative of the 2016 election from Russia attempting to sink Hillary Clinton to Ukraine trying to elect her.

If the Trump version of foreign meddling in the U.S. election is true, the meddling would have happened on the watch of Trump’s previous personal lawyer, Michael Cohen, who is also currently in prison but with no hope of pardon. President Trump called Cohen “a rat” for giving up information to the government.

Unlike Manafort, Cohen is expected to live past his release date. A presidential pardon offers little leverage, even if a pardon were likely to be extended to a rodent.

The second reason to doubt the U.S. commitment to Ukraine independence is Donald J. Trump’s servile devotion to Vladimir Putin since the election.

The nadir came early in Helsinki, a public suck-up that gets head shakes to this day. To the best of my memory, the only policy where Trump came down against Putin was Venezuela. While Putin supported Nicolás Maduro’s autocratic government and Trump did not, Trump’s position never went farther than Twitter.

The U-turns of U.S. policy to follow Putin combined with things like allowing Russian media into meetings from which U.S. media were excluded and confiscating translator notes to raise a great deal of international opinion that the days of the U.S. trying to contain Russia are over.

Ukrainian President Volodymyr Zelensky wanted a photo op with the U.S. president to enable an argument that his country had not been sold to Putin. Zelensky’s motive is clear; Trump’s less so.

What is missing from Trump’s now infamous phone call with Zelensky is also missing from the entire Ukraine fiasco: the public interest of the United States. If Trump’s motive is less than pellucid, so is his defense to impeachment.

Mr. Trump’s pusillanimous congressional defenders have been in a perpetual state of confusion as White House minions have thrown up handfuls of sand hither and yon without coming to any consistent set of talking points.

Often, this political scrum leaves the law appearing to be an ass. Maybe the law is an ass but, if so, it ought to be possible to stick to the truth when proving it.

One congressional Trump supporter was giving an interview to NPR and was smacked upside the head with the question of why the United States ought to hold up military aid to Ukraine for the purpose of coercing “investigations.”

He said the story of the 2016 election needs to come out.

Was he saying that people should ignore the findings of every U.S. intelligence agency that Russia was behind the election interference?

No, but there are still loose ends.

The American people,” he intoned, “demand to know the genesis of the Steele dossier.

The American people living in this suburb of Austin appear to worry more about rising tuition at the University of Texas, but I’m willing to assume that demand exists and explain why it still pisses me off.

We know the retired British MI6 spy Christopher Steele was hired by a firm of private spooks, Fusion GPS, to look for oppo on Mr. Trump. Fusion GPS was being paid by The Washington Free Beacon, a conservative website that harbored doubts Mr. Trump was a conservative.

When Trump sewed up the Republican nomination, the Free Beacon bailed, but the project got a new infusion of cash from a law firm with connections to Hillary Clinton.

The so-called Steele dossier never got written because nobody decided to pay him to weave together what he had learned into a narrative he would stand behind as his best opinion. What is going under that name are 17 memos written by Steele that just pass on what he was able to glean from his Russian sources.

Christopher Steele got outed and became an issue when Mr. Trump and his supporters at Fox News alleged that the “dossier” was the cause of the FBI’s operation called Crossfire Hurricane. It was in fact true that Steele did his best to get the FBI to pay attention before the election, but he had no luck.

What Steele was unable to accomplish was brought to fruition by Trump advisor George Papadopoulos, who conversed with an Australian diplomat while under the influence and proved his importance by saying that the Russians had tipped the election for Trump.

After the Crossfire Hurricane allegation failed to pan out, the next allegation was that the Steele Dossier was the basis for an application for a surveillance warrant from the Foreign Intelligence Surveillance (FISA) Court.

I found that hard to believe, but I’ve never been anywhere near a FISA case. It turned out to be untrue. A FISA application — in contrast to the little state search warrants of which I’ve signed hundreds — is practically long enough to submit to a law review if it were not classified.

A heavily redacted FISA application got released to the public and the Steele craziness quieted. The next claim was that Steele dossier material was included in the FISA application without telling the judge that the material came from oppo research.

Had that been true, the remedy would have been to excise the Steele dossier material and reconsider…if the POTUS had standing to complain, which he did not. But that detail did not matter when another piece of the FISA application showed the judge was informed where the Steele material came from.

Early in the Ukraine scandal, Mr. Trump went to his usual playbook to attack the whistleblower. He was only slightly slowed down by not knowing the identity of the person he was smearing. 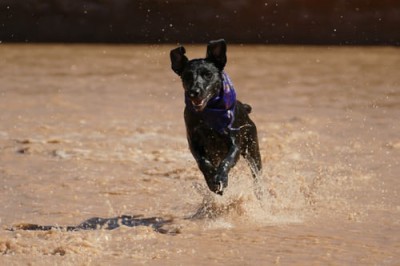 Proper Response to Whistleblower Photo by Yuki Dog on Unsplash

If that were the law, I would not have signed very many search warrants, most of which are based on information from anonymous informants.

This does not show the law is an ass, but the sand-throwing is some indication that the target of impeachment is an ass. The ground for impeachment is Mr. Trump solicited something of value for his political campaign from a foreign government. His defense was:

But the facts kept getting in the way until he had to admit that he did do it, but

There was no quid pro quo.

No quid pro quo is required. The charge is solicitation, not bribery. But the facts kept getting in the way and now we know there was a quid pro quo.

The latest defense came out October 17:

He did it and there was a quid pro quo but everybody does it and it’s no big deal. Move right along. Nothing to see here.

You don’t have to be a judge or a lawyer or any other kind of professional to see though this man-made sandstorm.

A more puzzling question is why about a third of the voters and virtually all Republican office holders appear willing to put up with it?